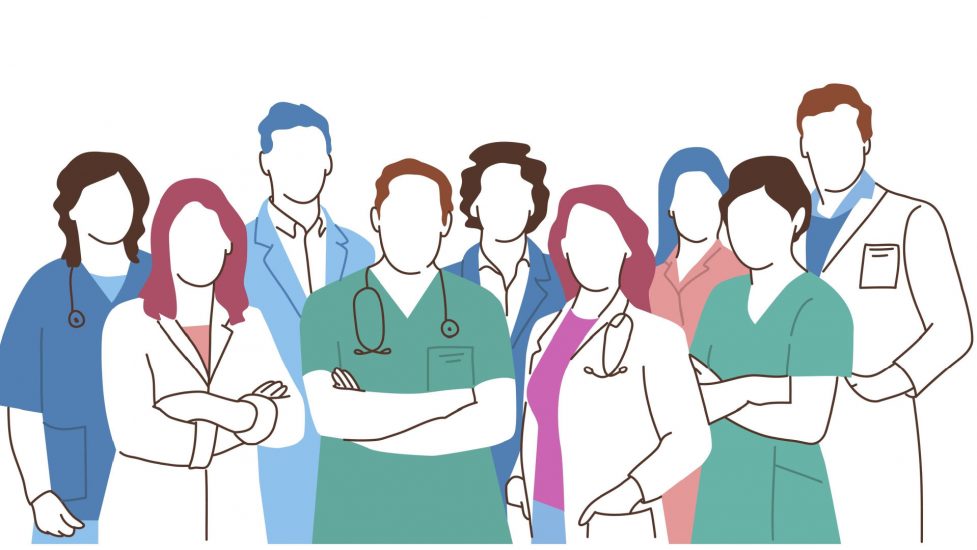 Late last year, Kentucky Gov. Andy Beshear declared a state of emergency, saying a critical shortage of nurses and other health care workers in the state is putting residents at risk. According to state officials, Kentucky is already 12% to 20% short of the nurses it needs today. And, they say, the state is going to need another 16,000 nurses by early 2024.

In response, the Kentucky Council on Postsecondary Education (KYCPE) has launched a Health Care Workforce Collaborative.

It’s a partnership funded by a $10 million appropriation from the General Assembly that is considered a first for the state.

According to KYCPE, the shortages are due to:

The goal of the new initiative is to improve pathways between high school career programs and college-level health care programs, raise student awareness and interest in health care occupations, and fund state institutions trying to solve the crisis.

The state believes collaboration is the key to solving the shortages.

“We’re focusing on relationships,” says Leslie Sizemore, senior fellow for the Kentucky Council on Postsecondary Education and the lead for the initiative. “Never before in my career have I seen higher education institutions and health care employers come to the table with government officials and really strategize and think about how they can all work together.”

Sizemore and KYCPE President Aaron Thompson consider the dearth of nurses and other health care professionals to be at critical levels.

As many areas of the country have experienced, the pandemic led to a higher-than-average turnover rate for nurses in Kentucky. A survey by the state’s board of nursing found that 70% of nurses considered leaving the profession because of staff shortages, higher case loads, and the emotional and stress fatigue from COVID-19.

“It’s dire in Kentucky,” Thompson says. “We’re a poor state, trying to increase educational attainment, in a situation where we have a lot of unhealthy people.”

“This (Collaborative) became a dynamic-versus-static way of building the pipeline,” he adds. “A real-time way of designing strategically what we need to do now and for the future.”

With a college-going rate of only 48%, Thompson acknowledges the portion of Kentuckians pursuing health care degrees is much smaller. He prefers to see the pipeline more like a road that starts with students in elementary school and exposes them to career possibilities.

“When you’re as young as kindergarten, you’ve got to have a chance to look at a nurse or physician and not be scared to get a shot. How many people have been scared off of that profession because of a needle or blood?” he asks. “But in middle school, you can start seeing a focus on ‘what do I want to be in life?’ and you don’t have to talk about this as a job, but it’s about the talent you have in science, and math, and there’s a curricular process and direction you can go.”

By the time students reach high school, internships, externships, apprenticeships, and co-ops can be opportunities to explore health care jobs. A summer research program called Health Care Investigators, the My Future Fridays job shadowing program, and a city helper program that enables students to be introduced to positive roles in the community – like a nurse or occupational therapist, as examples – are all possibilities. Dual-credit certificates that can be stackable at a college can make the pipeline more like that road Thompson referred to.

But the colleges and trade schools need more faculty and clinical space. Industry can play a part here, he says, by having working professionals teach. They can pass along their first-hand knowledge and guidance. Students can gain experience in a clinical setting, and perhaps continue their career journey with a health care employer at the same time.

“A hospital may hire a nursing assistant who has a credential from a technical school or college. While they’re working, they gain their next credential for an LPN, then pay their way to the next credential to an RN and maybe a BSN and then a nurse practitioner,” Sizemore says. “It makes the process more accelerated and keeps people engaged, making a salary, getting work experience and it’s much more good exposure.”

This kind of learn-and-earn structure can also prevent health care programs from losing students before they graduate. Coupled with wraparound support, it can also attract adult learners interested in returning to school.

“A lot of programs are designed to weed people out right from the start. You get really hard science or STEM classes one semester and a lot of people flunk out or quit. We want to try to weed people in; give them support like supplemental learning, transportation and food vouchers. Test prep support, mental health support and mentors along the way. Treat it more like case management with specialized advising so students are not going to drop out. It will be rarity if they leave the field from now on,” Sizemore says.

Inviting Different People to the Table

Another aspect of the “weeding in” to a health care career is giving credit for previous experience, especially for members of the military. Former military medics will be able to test out and take clinical and written exams to show their knowledge. If remediation is needed, a six-week course can be the bridge. Sizemore says this enables the Collaborative to reach out to underrepresented groups of students. In Kentucky, 92% of nurses, for example, are white female.

“We want to make sure we’re inviting as many different folks to the table for opportunities and making sure they’re establishing relationships,” she says.

KYCPE already has a goal of 60X30, meaning 60% of Kentucky’s entire workforce will have some sort of postsecondary degree or credential by 2030. The Collaborative’s work falls under this strategy. More specifically, the state needs an additional 16,000 nurses by 2024. Sizemore doesn’t believe they will meet the demand fully, but she is confident the gap will be closer than it’s been.

Thompson says the health of the state depends on it.