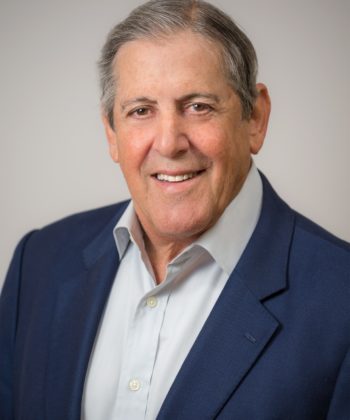 Distinguished Professor of Public Health and Pediatrics, University of California

Jonathan E. Fielding, MD, MPH, MBA, MA, Advisory Board, has contributed to the field of public health and prevention for more than 40 years in a variety of leadership positions. He currently chairs the U.S. Task Force on Community Preventive Services and is a Co-Chair for the Healthy People 2030 objectives, the successor advisory group for the U.S. Healthy People 2020 Project, which he chaired.

Jonathan was appointed by President Obama to the National Advisory Group on Prevention, Health Promotion and Integrative and Public Health, and he is an elected member of the National Academy of Medicine. He served as director and chair of the Truth Initiative, dedicated to ending youth smoking, and he currently serves as co-director of Shatterproof, the national non-profit fighting addiction. He also founded and sold a health promotion and health cost management company to Johnson & Johnson, for which he served as a vice president.

Jonathan was formerly Massachusetts Commissioner of Public Health and more recently served for 16 years as public health director and health officer for Los Angeles County. He is currently a distinguished professor of health policy and management and of pediatrics in the Schools of Public Health and Medicine at UCLA. He founded the Center for Health Advancement at UCLA, which focuses on improving resilience and adaptability to climate change and models policies and programs to cost-effectively improve health and health equity. It also examines opportunities to reduce waste in the US medical care system He has authored or coauthored more than 300 original articles, commentaries, editorials and chapters on various aspects of public health, preventive medicine, and health services. He is the longstanding editor of the Annual Review of Public Health and currently writes a monthly opinion column on health issues for The Hill.

Jonathan received board certification from the American Board of Pediatrics and the American Board of Preventive Medicine. He received his MD with honors from Harvard School of Medicine, a Master of Public Health degree from the Harvard School of Public Health and a Master of the History of Science degree from the Harvard Graduate School of Arts and Sciences. Jonathan received his MBA in finance from the Wharton School, University of Pennsylvania. His honors include the UCLA Medal, the Sedgwick Medal, and the Roemer, Fries, and Porter prizes, as well as honorary doctorates. He and his wife Karin endowed the UCLA Fielding School of Public Health.