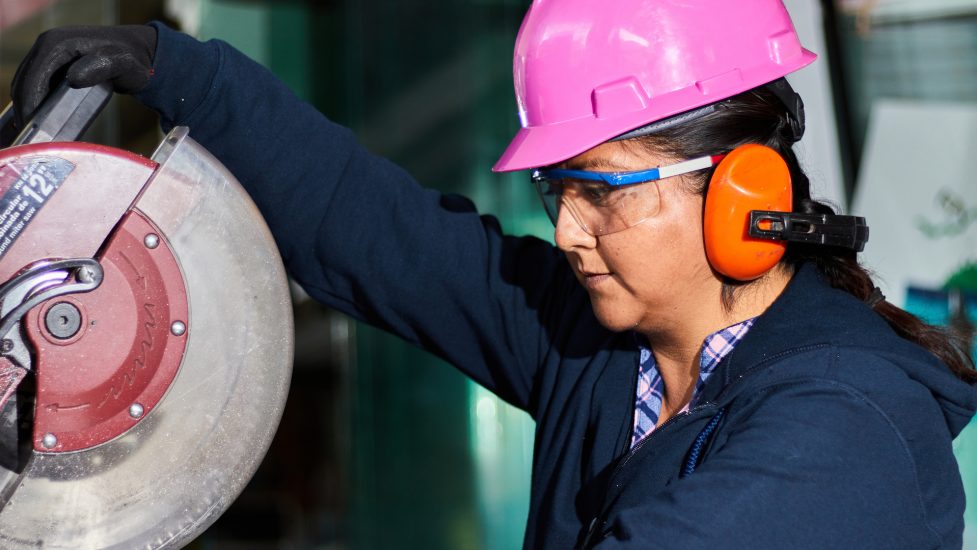 Pre-pandemic, manufacturing made up roughly 12 percent of the U.S. economy and 11 percent of the nation’s workforce. And despite the increasing encroachment of automation, industry leaders still see it as a generator of good jobs, including jobs that don’t require a four-year degree.

“By 2028, there will be 2.4 million unfilled jobs across the manufacturing industry,” according to Carolyn Lee, executive director of The Manufacturing Institute, the nonprofit workforce development and education partner of the National Association of Manufacturers.

Mike Molnar is the director of the Office of Advanced Manufacturing with the National Institute of Standards and Technology, an agency reporting to the U.S. Department of Commerce. He reiterates the need for talent, “Even in the depths of the Great Recession, and even today, the number one problem cited by manufacturers is finding people with the right skills. Not anything else. It’s finding people with the right skills.”

“If you have the right skills, you’ll definitely have a bright future in manufacturing in the United States,” says Molnar.

What You Need to Know to Work in Manufacturing

You don’t need a college degree to work in advanced manufacturing, but some college courses improve your chances of finding a job.

“About 25 percent of manufacturing employment is at the level requiring a four-year college degree. Seventy-five percent don’t, but the vast majority of those require at least one year of postsecondary education in technology,” according to Molnar.

These positions generally require one or two years at a community college or technical school. Another pathway to a skilled trade position is through an apprenticeship or journeyman program.

But a basic education, whether it’s a four-year degree or a certificate of achievement will only take one so far. Molnar says rapidly-changing technology makes lifelong learning more important than ever.

“Those set up to be most successful are those that realize that it’s not a single credential. It’s really lifelong learning. Those folks that look at the best investment that they can make in their life is to invest in themselves, their knowledge, and their skill base” Molnar tells WorkingNation.

Manufacturing has carried with it the stigma of what Molnar calls the “Four Ds”: dirty, dark, dangerous, and declining. He prefers the “Four Ss”: sustainable, smart, safe, and surging. But efforts are underway to change perceptions about the industry.

October 2 is National Manufacturing Day, a day in which companies and educational institutions are encouraged to hold events that will draw students, parents, teachers, and community leaders.

Lee explains, “The National Association of Manufacturers, together with The Manufacturing Institute, launched the Creators Wanted campaign which we are positioning as an unprecedented national effort to build the modern manufacturing workforce of tomorrow.”

“Our goal is that by 2025, Creators Wanted will reduce the skills gap in the United States by 600,000, as well as increase the number of students enrolling in technical and vocational schools, or reskilling programs by 25 percent. All of this, we believe, will work toward increasing the positive perception of the manufacturing industry among parents to 50 percent from 27 percent as it stands today,” Lee tells WorkingNation.

Due to COVID-19, the nationwide tour of Creators Wanted was postponed. “The tour will now launch in 2021, with an exact launch date to be determined. But in the meantime, we are advancing our digital campaign efforts. Additionally, we have prioritized making MFG Day the central anchor of our Creators Wanted efforts in 2020 and will use it as a national platform to deploy our Creators Wanted message via MFG Day across the country either through in-person or virtual events,” according to Lee.