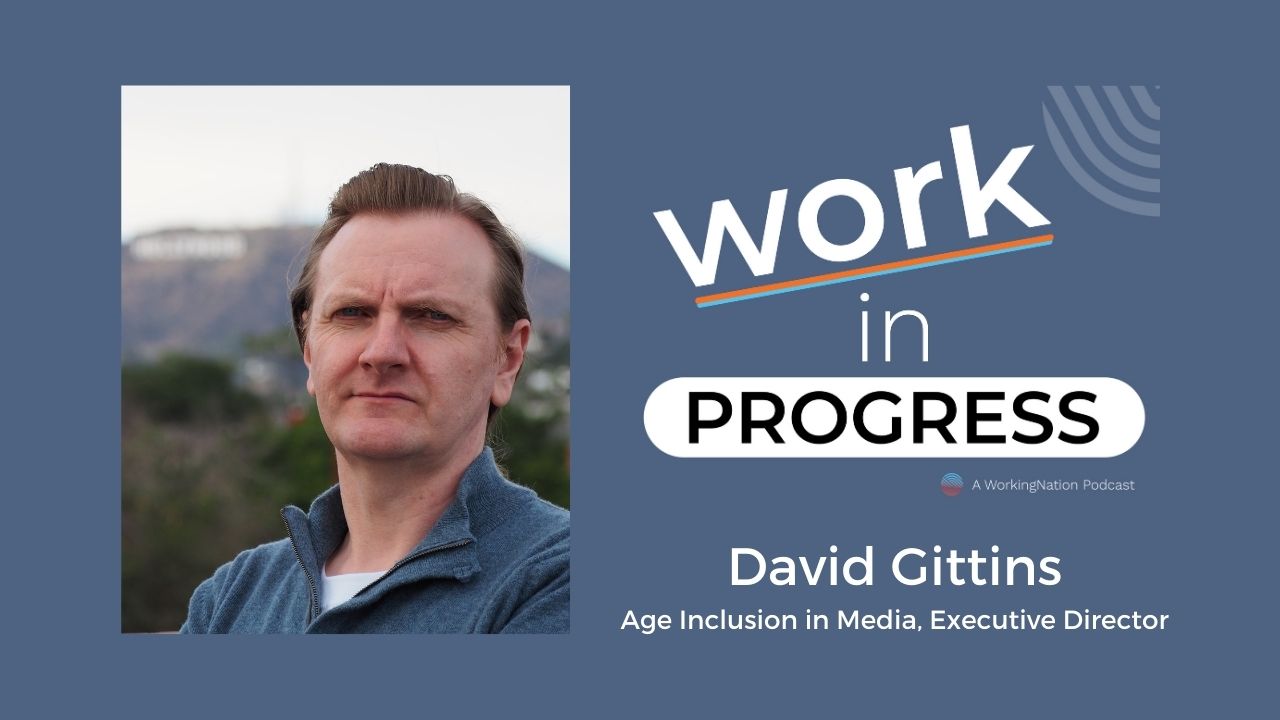 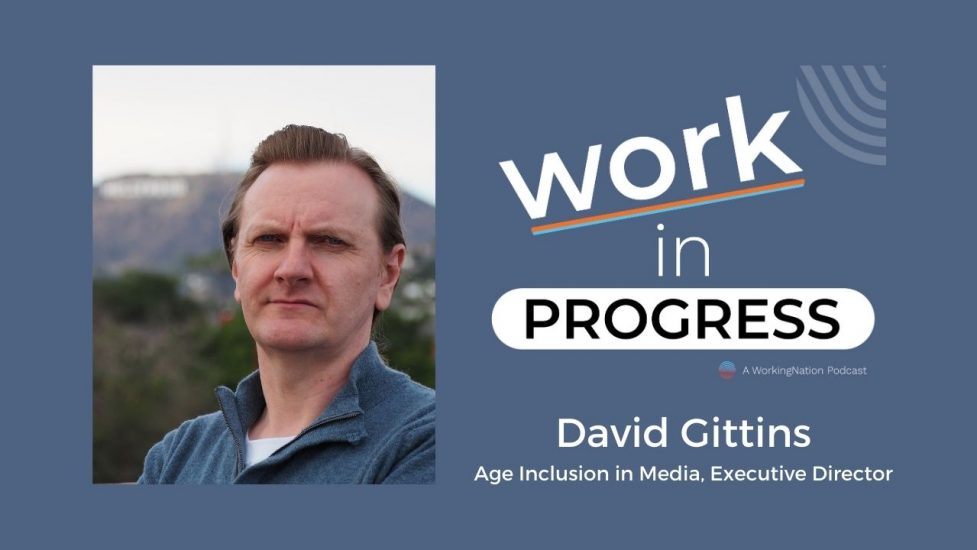 The pandemic and recession are hitting all age groups and industries. But for the first time in nearly 50 years, workers who are over 55 are experiencing unemployment at a greater level than those younger than them.

And according to a recent survey by AARP, 61% of older workers are concerned that they could lose their jobs this year, and age bias could be a contributing factor. This fear is not unwarranted. Two out of three people over the age of 45 have experienced age discrimination in the workforce, according to a another AARP study.

So where does age bias come from? What can be done about it?

There are many answers to those two questions. In this episode of Work in Progress, I sit down with David Gittins, the executive director of the nonprofit Age Inclusion in Media (AIM) to explore some of them. It’s AIM’s view that the problem has a lot to do with how older adults are portrayed in the media.

“If we were to believe what we see on screen, or on TV, or reading books, we would believe anybody over the age of 50 is just waiting for retirement,” says Gittins. We would see someone “who is totally spent, who is just happy to be here.”

Gittins contends our perception of older adults is directly shaped by these and other stereotypes. One of the nonprofit’s goals is to force a change in how older age is portrayed on screen “to be one that is less routine, less stereotypical, and dehumanizing.”

“We very rarely get older characters who are seen as the center, have central lives, who have hopes and fears like everyone else, and who are just not portrayed as supporting or comedy sidekicks. The best thing in their lives is an occasional time spent with their children. It’s as though they don’t have aspirations for their own lives. They don’t live lives independent of their offspring.”

These stereotypes transcend fiction and create false perceptions of reality, he says. Hiring managers start to believe what they see. “The perception is they’re not very productive and they’re not very motivated. The reality is most older people are very, very productive. If people are retiring, or being forced to retire in their 50s and 60s, then we’re missing out on a great resource.”

Gittins adds, when we will start excluding people purely on their age “that means we’re going to have a huge pool of unemployed adults, people in their 50s, 60s, 70s, and 80s. With an aging population, that pool is going to get bigger and bigger.”

Breaking the Cycle by Creating a Multigenerational Workforce

The other part of AIM’s mission is to change the stories being told about older adults by including more older adults in the storytelling process.

“In TV writers’ rooms, for example, you don’t find many writers over the age of 55. If you’re over that age, you tend to be at a producer level. Below that, people who are actually writing the scripts tend to be much younger. That means people in their 20s or 30s, their perception of somebody in their 50s or 60s tends to be of somebody who is a parent, or grandparents.”

AIM supports programs to help older writers find their way into those writers’ rooms to help break the cycle of ageism.

“It boils down to four elements of write, show, believe, and do. If you don’t write it correctly, it’s not shown on screen correctly, then we don’t believe it correctly—we form stereotypes—and then we behave as though these false perceptions are reality.”

While the 50+ worker is sometimes seen as tech-phobic, unadaptable, or a social misfit in the work culture, what is being overlooked is the experience, knowledge, and soft skills the seasoned worker often brings with them to any job.

“Our mission is to champion age inclusivity across all media and entertainment platforms through programs that support career craft and growth,” says Gittins. “And that means we have a vision of seeing a future where talented people of all ages work together to accurately represent age just as a natural part of life.”

Creating a multigenerational workforce in all industries is a very important conversation, one I have had with Gittins many times, as I sit on the board of the AIM nonprofit. I am also an Encore Public Voices Fellow, a collaboration of the OpEd Project and Encore.org, a nonprofit dedicated to bridging generational divides.

I encourage you to listen to the entire podcast and visit these websites for more information. 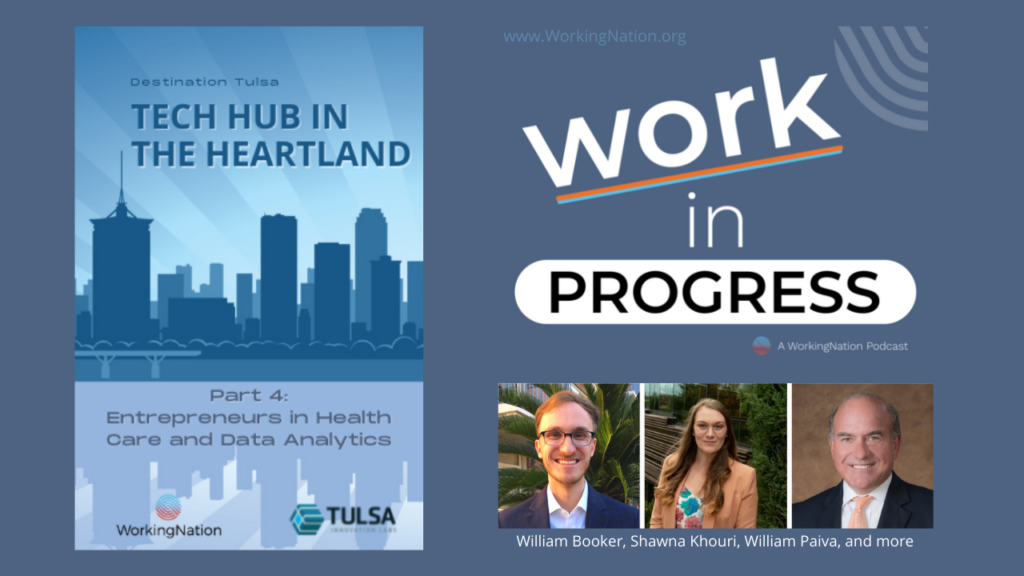 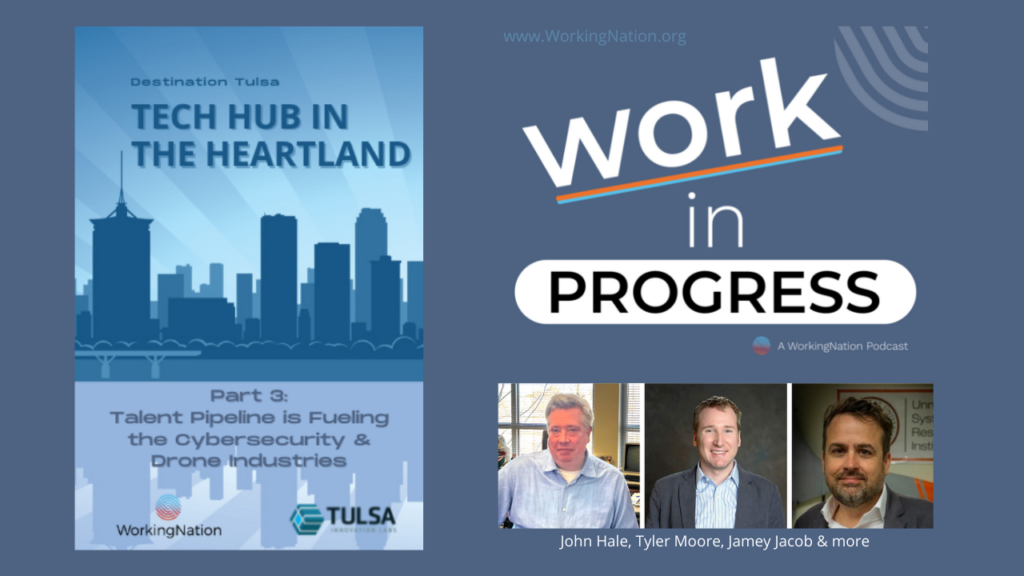 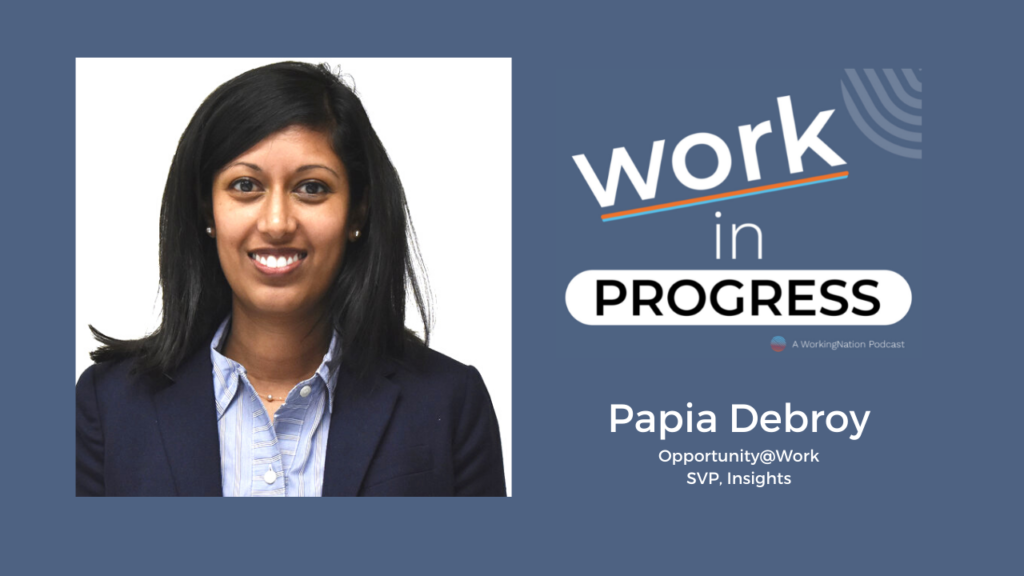