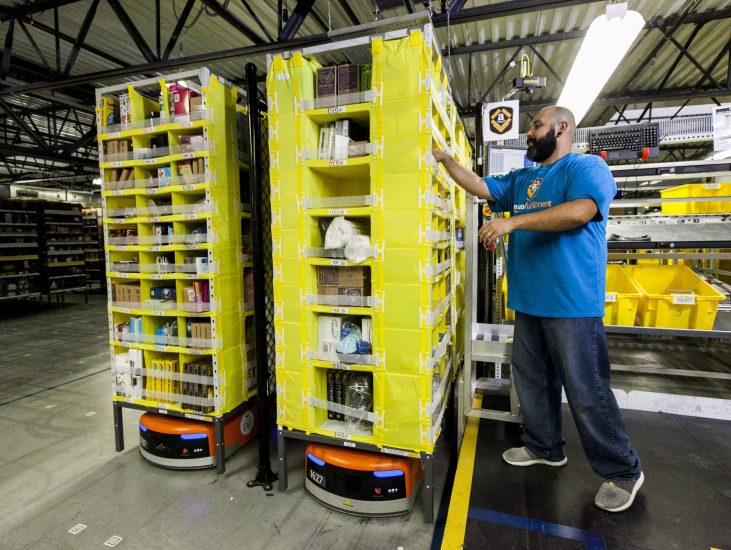 Amazon says it’s committed to investing $700 million over the next six years to help its workforce adjust to the changing skills needed in this tech-driven economy. Upskilling 2025 is a voluntary training program expected to reach a third of its U.S. workforce or about 100,000 workers.

There is a growing shift from labor-intensive to knowledge-based jobs as automation and AI play a bigger role in the workplace. According to the online retail giant, their goal is to help arm its employees with new skills, whether they want to stay with the company or not.

“While many of our employees want to build their careers here, for others it might be a steppingstone to different aspirations,” Amazon said in a statement. “We think it’s important to invest in our employees and to help them gain new skills and create more professional options for themselves.”

The company says that, for example, warehouse workers interested in working in IT could get training through an Amazon Apprenticeship program or through its cloud computing program created with local community colleges.

“Through its Upskilling 2025 pledge, Amazon is focused on creating pathways to careers in areas that will continue growing in years to come including healthcare, machine learning, manufacturing, robotics, computer science, cloud computing and more,” the company said in a statement.

I asked WorkingNation President Jane Oates what she thought of the announcement. “According to two recent surveys, one from Rutgers University and the other from Northeastern University and Gallup, people have this sense of urgency that their jobs are going away because of automation,” Oates explained. “This is a great example of an employer taking the lead in helping prepare workers for the future.”

Oates told Gizmodo that “the first and perhaps most important step is to ensure that the training is part of the workweek. ‘People are busy—making this as easy to get to as possible will determine its success.’ Amazon should also ensure they cover the tuition in the programs outright.”

Oates also spoke with The Wall Street Journal, adding that “I don’t know how we make people robot-proof, but I certainly think this reskilling, and taking it on in partnership with your employer, has a lot less risk than taking the task on yourself.”