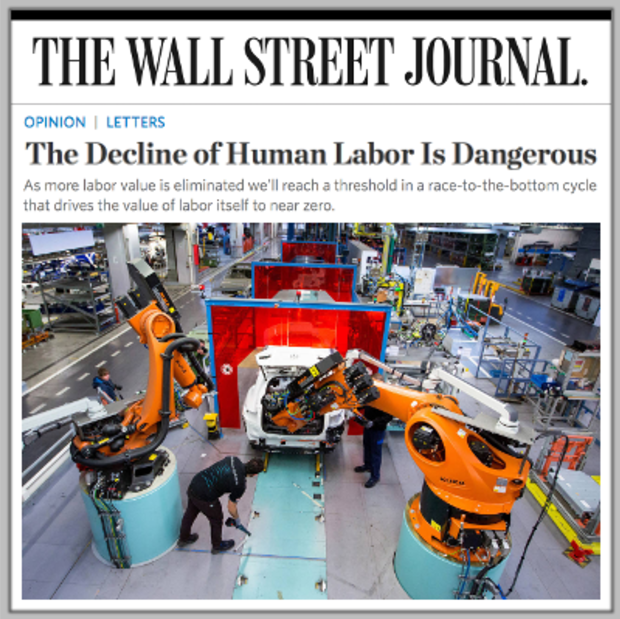 WorkingNation founder and CEO Art Bilger had a sharp rebuke to a July 21 Wall Street Journal (WSJ) article, Don’t Fear the Robots, by Jerry Kaplan, who posits an optimistic future delivered by the promise of automation.

In the WSJ’s Letters to the Editor section on August 1, Bilger wrote that accelerating advances in technology will not free workers to enjoy the benefits that come with the elimination of manual labor. Instead, automation is a threat to jobs and can deprive workers of purpose unless they re-skill now to live and work with machines.

Bilger’s letter joined warnings from a robotics manufacturer and another concerned reader who point to a growing divide between the technological haves and the technological have-nots. With automation threatening to drive the cost of labor to near zero and creating a class of unemployed obsolete workers unable to afford basic necessities, the rosy picture painted in Kaplan’s article did not tell the complete story.

Access to the WSJ is available with a subscription. WorkingNation is sharing Bilger’s letter in full:

“The potential devastation of accelerating automation on U.S. workers now and in the near future must be addressed with urgency. Even if you buy Mr. Kaplan’s thesis that new service jobs will be created—masses of masseuses—the pain that millions of real workers are going to experience is unrivaled. We must start retraining the American worker now for jobs of the future.

Predicting that everything will be just fine won’t put food on the tables of countless American workers who stand to lose not only their jobs but a purpose in life as automation fundamentally changes our economy.

We owe it to one another to prepare American workers for the future of work. If we don’t, all of the masseuses in the world won’t be able to deal with our pain.” 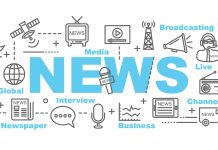 Linking learning and work in the college classroom

Robo-Dog “Spot” is ready to go to work