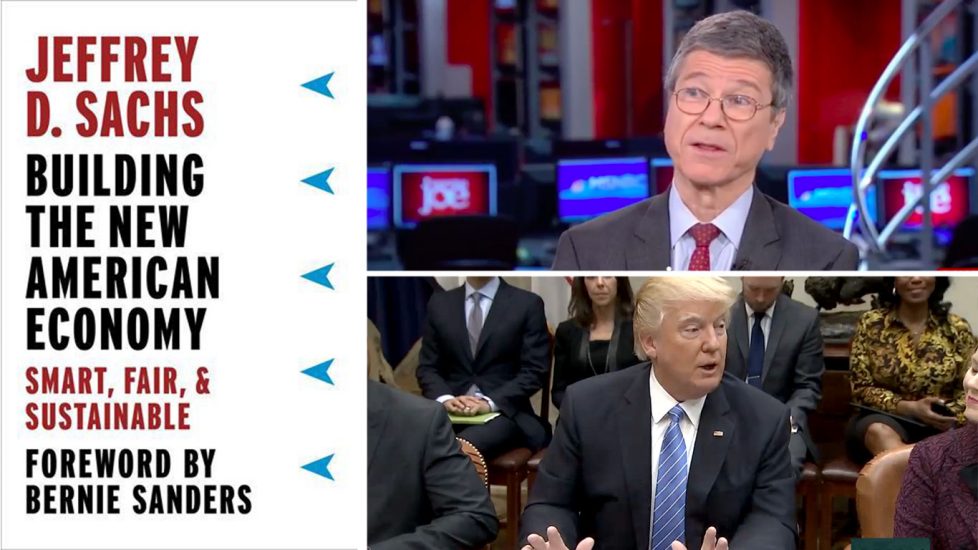 On Wednesday, President Donald Trump held a listening session at the White House with representatives from the retail industry which employs millions of people.

To kick off the session, Trump mentioned the great confidence level in our economy right now citing promising numbers both in the stock market and the jobs report, and reiterated his administration’s commitment to remaining “very focused on the issues that will encourage economic growth.”

“We have a lot of companies moving back into the country and bringing the jobs with them,” Trump said. “We’re cutting regulations bigly … by massive amounts … in just about every industry. […] You have a big regulatory problem and we’re going to take care of that because we want more jobs.”

Trump added that in addition to cutting out regulations, his administration is crafting a tax reform plan to help middle-income families and businesses grow and thrive. Trump said his massive, yet simpler, tax plan is coming along really well and will be submitted in the not-too-distant future.

MORE: Is Trump Getting the Job Done on Jobs?

While Trump’s moves to save American jobs through trade policy, tax reform and regulation cuts are well-intentioned, many economists argue they are misplaced.

Jeffrey Sachs, an economist and University Professor at Columbia University, spoke about Trump’s plans during a recent appearance on MSNBC’s Morning Joe and why they won’t make much of an impact on our workforce.

Sachs argued Trump’s plan to be tough on the rest of world to help American workers doesn’t have mileage.

The real message, Sachs said, is that manufacturing, which is strong in the U.S., only employs 8% of its workers because everything in the industry is automated, and it’s going to become more and more automated.

“We’re going to become a society where people work in services,” he added. “Manufacturing can be strong but it’s not going to be a source of massive employment in the future. We need to take that into account realistically.”

In a recent interview with BuzzFeed News for his new book, Building the New American Economy, Sachs echoed the fact that the robots are coming but added that it’s not some dire disaster. What we need to do is “make sure that retraining, re-skilling, [and a] change in education takes place” to ensure that “no one gets badly hurt in this and everyone is able in the end to be a beneficiary of these big improvements.”

So where does Sachs see massive employment opportunities in the future? One area where jobs are seeing a great amount of growth, according to Sachs, is in home health care, personal care and care for the elderly.

“One could imagine lots of jobs being created in helping young kids, sports, entertainment. We are a luxury economy in one sense. We have a lot of leisure, a lot of elderly who can retire, and a lot of demand for personal services,” Sachs told BuzzFeed. “The issue isn’t the number of jobs, it’s the wages those jobs will command.”

Another area is the gig economy. And while the idea of a shared economy, he said, is a good thing, he does have an issue with the lack of a safety net this kind of work provides its employees.

“The thing is, these companies don’t provide a social safety net for their workforce, but that would be okay if society did. If we had a government that did what a government should do, then we wouldn’t feel like Uber is somehow exploiting its workers.”

Sachs’ arguments on where the Trump administration is heading on jobs are not unique. If Trump really wants to make the kind of impact he wants on the America workforce he is going to have to start addressing the other major forces that are impacting workers including technology, longevity (people staying in the workforce longer), and a lack of proper education.