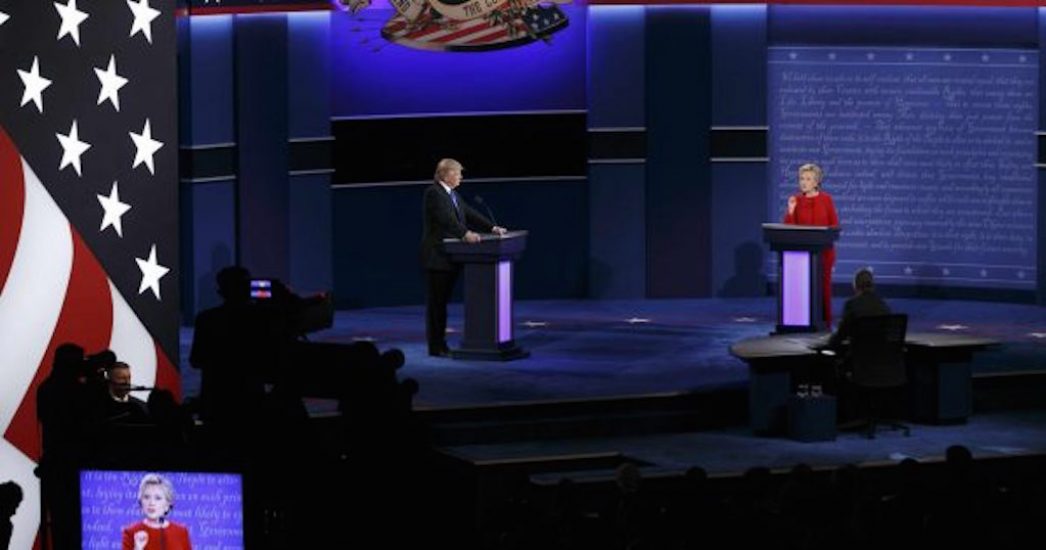 When Lester Holt opened the first presidential debate with a question about jobs, it looked like the employment crisis might get the attention it deserves. Holt teed up the conversation to address the issue that’s top of mind in our country right now. Our candidates, however, didn’t take the opportunity to offer insight into policy details or propose solutions. Instead we saw a showdown between Trump and Clinton over jobs, trade and taxes.

Trump and Clinton had the perfect opportunity to address the transitioning state of the workforce as automation changes the entire face of industry in our country. But neither candidate took on the looming structural unemployment crisis that faces our country.

The timing would have been perfect.  The topic of jobs and employment was offered at the forefront of the debate. Workers are faced with re-skilling themselves. Businesses are working hard on strategies to fill a skills gap and FutureProof their industries. But neither Trump nor Clinton gave context or outlined potential strategy for how the presidency can support a workforce in the midst of a rapid transition as automation replaces workers at a staggering rate.

When Lester Holt asked Trump and Clinton why they’d be a better choice to create jobs, Trump addressed the same issue he faced during a visit to Indianapolis. Indiana’s Carrier Corporation is moving 1,400 jobs from its plant in Indianapolis to Monterrey, Mexico. Trump used this to make the point that our jobs are “being stolen from us” and that focus should be on preventing companies from leaving the U.S.

WorkingNation visited Indianapolis and met with workers who lost their jobs at Carrier. After listening to their stories which you can see in our video of The Table, we hosted a discussion among six experts who focused solely on America’s employment crisis, exemplified by the individuals directly affected by Carrier Corporation’s exodus.

It’s tough, and it’s emotional. It’s much bigger than the issue of a major company leaving the country. It’s about a transition of industry, the sea change in education and a need for companies to transition by re-skilling workers. It’s about new jobs and how they now require formal learning beyond high school and a college degree. It’s recognizing the reality as millennials prepare for 20 job shifts in a lifetime and the rapid up-skilling they’ll need to continue during job shifts.

Watch the clip below and you’ll learn what the middle class is facing.

Join the conversation: Which candidate has the best plan for jobs and employment?