Over the next four years, the biotech industry in Massachusetts will need to fill an estimated 12,000 additional jobs. And while the number of biotech-related degrees is growing, colleges and universities are not turning out graduates fast enough to fill those jobs.

“Maths and sciences really are critical in the United States, particularly in the biotech industry. We need to see an increase in STEM careers. I may be a little biased, but I would love to see more women going into STEM at a very young age. The more women that are in involved in chemistry and physics means the workforce is comprised of a larger pool.”

As long as she can remember, Shamim Ruff has had a passion for science. “Maybe it is because I came from a scientific medical background. My father was a physician and I could see every day that my father made a difference in people’s life. My mother worked with him as well. From a very early age, my parents instilled in me a very, very strong work ethic.”

Ruff’s credentials are impressive. She has a Bachelor’s degree in Chemistry & Biology, a Master’s degree in Analytical Chemistry, and has spent the past 25 years in the biopharmaceutical industry, holding senior positions at Amgen, Abbott, AstraZeneca and Sanofi. Today, she’s on the senior executive team at Sarepta Therapeutics, serving as Senior Vice President of Regularity Affairs and Quality.

“I’ve never done a nine to a five job. I’ve had a mission. You have to have a passion for what you do to make a difference. It sounds cliché, but it’s so true. And it’s not just me, many of my colleagues feel the same way. It’s all about the patients.”

Ruff spent nearly 17 years in the oncology space before moving to Sarepta. “The mission at that time was about changing cancer from a disease that people die from, to a chronic disease that people live with. When I moved to Sarepta nearly five years ago, I realized there are diseases worse than cancer,” Ruff tells me.

Sarepta scientists have developed a drug to treat patients with Duchenne muscular dystrophy, a disease which strikes young boys. “They lose the ability to walk anywhere from the age of 8 to 12. And then it’s highly progressive, it’s relentless. We want all the boys with this disease to have the opportunity to have a drug, to slow their disease, and that’s what we currently have.”

Ruff believes that the biotech companies need to be part of the effort encouraging girls at an early age that a STEM-related field is a meaningful career path. And it can also be fun. “At Sarepta, we’re partnering with Young Women in Bio. We hosted an event at our research facility where myself and some others senior executive women from Sarepta met with girls from grades six to eight,” says Ruff. “The girls came in quiet. I could see some trepidation there. We took them into the labs, and at the end of it we had a bunch of girls who were having fun, laughing. I think it’s so important to make science fun.”

Ruff and her colleagues also talk about how they got into science, and the importance of having more women in the industry. “I think women bring a different perspective and, I’m generalizing it, but I think women see the world slightly differently. We have, in many cases, some softer skills that men may lack. I think that balance is critical, and the way we look at science, the way we look at problems, the way we handle problems, I think it’s different.”

At the entry level, there are still more men than women in biotech jobs, but the gap is not that wide at that point. But, the percentage of women in senior leadership roles in the biotech industry is shockingly low—24 percent on the executive level and 14 percent on the board level. At Sarepta, women make up half of the executive team. “I think we do have a commitment to gender diversity, and I think it’s pretty strong. I think we need diversity in general. At the end of the day, the world is made up of men and women. The world is made up of different ethnic groups, ages, so diversity is informed to reflect the world that we live in,” says Ruff.

It makes sense that most successful companies are those that take initiatives to create diversity within their organization, according to Ruff. “As a rare disease company, developing a new therapy, it’s critical that we take all thoughts and views into consideration. And at the end of the day, what we are doing, to steal a phrase that’s previously been used by Apple, we need to think differently. We really do. I think what diversity does, it brings different ideas, different thoughts, different ways to tackle a problem, and that is the end results in success.”

Getting young girls to pursue careers as medical scientists, chemists, and biologists, top jobs in the biopharma field, is important to expanding the talent pool to help fill the workforce needs of the future. Ruff believes it is also important to help the young women navigate the industry once they start working, in order to help them work their way up the career ladder.

Encouragement at an early age, and having strong female role models and mentors, have been important to her own success. “I have benefitted from mentoring certainly. I’m going back about ten years, when I was in Amgen, there was only one female at the highest level in R&D, and she was somebody who’s a real proponent of mentoring, and particularly mentoring women. And she did put together a group of female leaders who were mentoring more junior women.”

Now, Ruff is doing the same for a new generation. “Mentoring is critical. and I’ve done that in multiple companies. The role model is critical. My mother made me believe there was nothing I couldn’t do, that I was as good as anybody, or any man. If a girl hasn’t had that talking environment, I think mentoring and role models could really, really help.”

“One of the things I learned, and this is before Sheryl Sandberg even wrote a book about ‘leaning in,’ I think it is very important to lean in, to be yourself. You don’t need to be a pseudo-man, but what you have to do is you have to sit at the table. You can’t take a back role and expect somebody to let you in, that’s not how men work. And maybe women aren’t so good at projecting themselves, but I’ve certainly always tried to do that.” 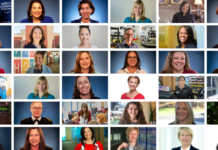 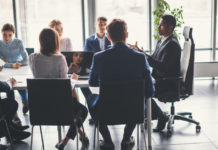 The skills-based economy gets a boost with Skillful