College Promise programs and the idea of “free” tuition for college students have picked up steam as a means to corral soaring education costs and expand access for low-income students. A new report from The Century Foundation shows why Promise programs have endured, even as states rolled back higher education funding.

“Free College:” Here to Stay? by TCF Senior Fellow Jen Mishori examines the reasons Promise programs have garnered strong political support and maintained their resiliency during an economic downturn. Of the 19 states that currently have some version of a free tuition program, six programs have been around long enough to emerge stronger after the Great Recession, including Delaware, Oklahoma, Mississippi, Indiana, Louisiana and Missouri.

Not only did these six states maintain their Promise programs, but Mishori also found that their funding increased as more students took advantage of them. Though states enacted cost-containment measures such as eligibility and early commitment requirements, policymakers have been hands-off about axing the programs when state revenues fell.

Promise programs are a contract between states and students that is a visible and clearly defined transaction of state-allocated benefits to students. States offer to pay for two years of public community college or four-year university in exchange for students committing to standards of behavior and scholastic aptitude. These standards can vary from state to state, but generally, are intended to encourage lower-income students to become college ready and give them access to a debt-free education.

Their clarity and defined goals make Promise programs a political goldmine for state legislators who want to make college more affordable. This, in turn, has made them somewhat untouchable, according to the TCF study.

With 34 states collecting more tax revenue than its peak before the 2008 economic downturn, they may be more inclined to follow other states’ lead and develop their version of a Promise program. Mishori writes that the lessons learned from this study should serve as a guide for state and federal policymakers to structure programs to survive the next recession.

In the first example, state lawmakers, irrespective of the ideological forces that shape their policy platforms, were not going to be the ones who would renege on a promise made to young people. Oklahoma, which enacted severe education cuts as a response to falling tax revenues, was falling short of money to fund its Promise program. Mishori says that the legislature found the money to shore up the program and shifted funding so that it was allocated first above other financial aid programs.

The reasoning behind this budgetary move, and a similar one in Indiana, was that no state legislators wanted to change the terms of the contract “midstream.” A state aid official in Oklahoma told Mishori that it was a “moral obligation” for states to follow through on their commitments. The implication of cutting Promise programs — especially for students who held up their end of the deal and were not the cause of the economic downturn — would mean political disaster.

RELATED STORY: States are getting smarter about data-driven policy

Mishori’s report also highlights the funding disparity for low-income students between programs with income caps (Oklahoma, Indiana, Mississippi) and those which do not (Louisiana, Missouri, Delaware). She makes the connection that programs which do not have caps have a disproportionate level of funding directed to students from middle and upper-class families. Louisiana’s TOPS grant has the highest percentage of undergraduates receiving this financial aid at 24 percent. Mishori says that almost half of recipients come from families earning a median income over $100,000.

This disparity results in more wealthy families exercising their political influence on state legislatures, which is in line with the rest of the country. However, Promise programs with income caps, at a much more reduced scale, were also able to weather the economic downturn. Mishori suggests that first-dollar programs serving low and middle-income students — they receive Promise funds in addition to other needs-based financial aid like Pell grants kick in — also enjoy increased political support.

More evidence of Promise programs’ staying power was that “champions,” the stakeholders who created and secured their funding, were able to expand access “without additional legislation.” Mishori cites Missouri as an example because former Governor Jay Nixon pledged to expand the state’s A+ program. Since the program was tied to school districts with A+ designations, Missouri’s education department doubled the number of eligible districts. Thus more money flowed into the program to subsidize community college for high school graduates.

Promise programs have found success through “clear messaging and defined benefits,” says Mishori, meaning that both policymakers and their constituents can understand who the program is intended for and the desired outcome.

Ensuring low-income students can obtain college degrees without debt is a rallying cry heard across the nation as student debt surpasses $1.5 trillion. Mishori suggests that states are “rushing” to enact affordability programs to combat this problem. She says that states would be better off considering how to fund these programs long-term and weigh whether they crowd out other means-tested financial aid programs.

Promise programs are working to make college more affordable, but Mishori reveals that they are politically expedient too. They were sustainable through the Great Recession because lawmakers found ways to fund them and promote their value to their constituents. Mishori’s in-depth study provides clarity about the real impact of Promise programs in rough economic times and why the appeal of “free college” can be a valuable campaign policy platform if done smartly. 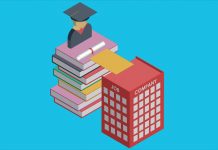 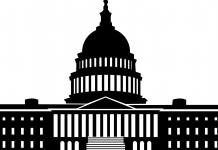 Higher education is key to an equitable post-COVID economic recovery

We must help make college more affordable for low-income Americans

Skillist wants to level the playing field for millions without college...