Credentials are the “currency of the knowledge economy,” as the president and CEO of Lumina Foundation Jamie Merisotis remarked at The Atlantic’s Future of Work 2017 summit, and students must have a roadmap to navigate this complex system.

Credential Engine is here to make sense of the numerous credentials – estimated at 250,000 in the U.S. according to Lumina’s research – and give students clarity for a decision that could determine their career and economic future.

The initiative’s Credential Registry and Credential Finder, created and funded by Lumina, Microsoft and JP Morgan Chase, made their debut last December as platforms where students can determine which pathway to skills-training and jobs is right for them. It also brings together employers and educators so they can better understand the competencies graduates can demonstrate upon gaining these credentials.

“The more we can tell people the reality of the return on every dollar invested, the more likely they are going to go on in their education and training and that employers are going to value them over time,” Papadakis said.

The need for credentials is growing at a time where student debt is reaching a crisis level. The debt load has exploded to become the second highest category behind mortgages at $1.4 trillion. Wages have largely remained stagnant, despite market forces and a low unemployment rate pushing them slightly higher this year. The likelihood of students to default is high, especially for those who attend for-profit schools.

This problem is forcing massive changes in higher education and pushing institutions to explore competency-based learning. Ted Mitchell, president of the American Council on Education, said that Credential Engine is the place where institutions can bring their programs to the forefront.

“Universities and community colleges are moving toward identifying competencies and certifying those competencies underneath or in addition to traditional degrees and programs,” said Mitchell.

Business leaders and workforce development experts hailed Credential Engine for its solution to streamlining the decision-making process. AFL-CIO Secretary-Treasurer Liz Shuler said that it will lead more people to choose alternative pathways, such as apprenticeships, by increasing transparency.

To meet this goal, employers and educators must unite to provide accurate and up-to-date information about credentials, Wes Bush, Chairman and CEO of Northrup-Grumman said. Though it will be incumbent on credential-issuers to submit their programs to the registry, the incentive for doing so will create more opportunity for all.

“Credential Engine is an effort to create a common language,” Merisotis said. “This contributes substantially to our efforts to increase high-quality post-high school learning.

Find out more about Credential Engine at its website. Test out the Credential Finder prototype by clicking here.

Disclosure: The Lumina Foundation is a financial supporter of WorkingNation’s Do Something Awesome mini-documentary series. 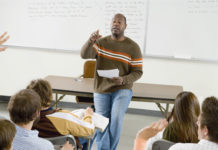 Linking learning and work in the college classroom 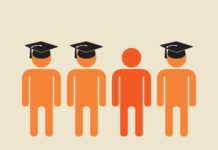 Is college the right, or only, path to a good-paying job? 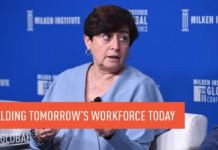 The shift toward human work and what it means for society

Moving on up? Study finds middle-skill jobs are not created equal