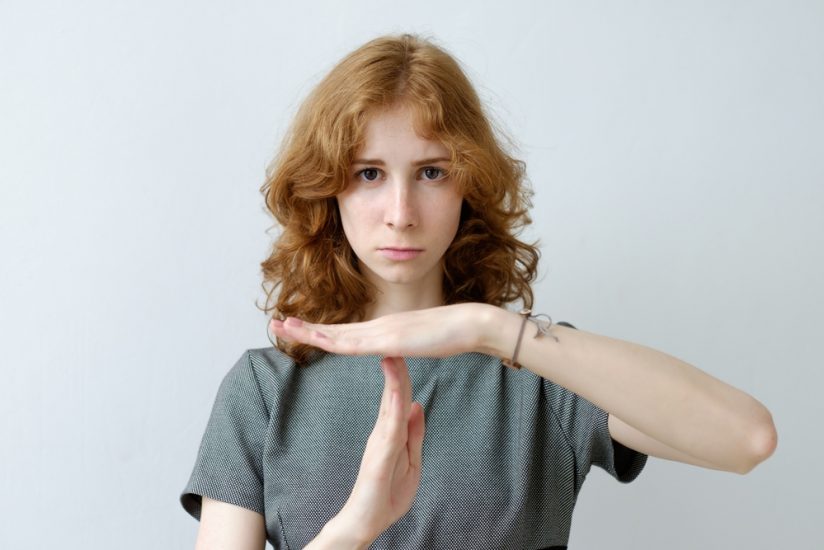 Dealing with failure? Put yourself on a 72-hour hold

Dr. Mark Goulston is WorkingNation’s featured writer for July. He is an award-winning business psychiatrist, consultant for Fortune 500 companies and the best-selling author of seven books. His latest, Talking to Crazy: How to Deal with Irrational and Irresponsible People in your Life can be found on Amazon. This is the fourth article from Dr. Goulston.

Whether you know it or not, my background is as a psychiatrist so you’re going to have to take the following “with a grain of Prozac.”

Okay, so you’ve just had a setback, defeat or failure and not only are you not in a joking mood, you’d like to slap me after such a silly comment. If that’s the case, have at me and send me an angry, “How could you be so insensitive as a psychiatrist?” comment while adding “You’re an idiot!” I mean that.

They say that depression is anger turned inward at yourself such that you feel you can’t do anything right and that you’re useless. If that is the case, I’d rather you take it out on me than you or someone else in your life.

Now on a less frivolous note, here is where I tap into something that we learned as psychiatrists early in our training.

Early on we all did shifts in emergency rooms where when patients came in that were an immediate danger to theirself or someone else we would put them on a 72 hour hold, better known in the profession as a 5150. That meant we had the right to put them into a locked psychiatric facility for 72 hours where they could be observed closely and prevented from hurting themselves or someone else.

During that time we would also, when possible, give them medication that would dull those destructive thoughts and impulses.

Since that time I have discovered something else about the 72 hour hold that I have used personally when I have been through a setback, disappointment or failure. For many years, I have been advising patients, friends, family, colleagues, executives I’ve coached and readers of my books and columns to make use of it.

What I have realized and many others will agree is that nearly all my breakthroughs in life have been preceded by breakdowns that were not intended, uninvited, unwelcomed and sometimes downright chilling.

In essence, the breakdown was usually a matter of something I was counting on or expecting not happening and in some cases, the exact opposite would happen. It can also include one of those rude and embarrassing moments where as right as I thought I was, I was as wrong as I turned out to be. And when that happens, it can make you doubt everything you think.

Been there? Not fun, is it?

By the way, the reason such an event can cause you to doubt everything else is because when you have been expecting something so much and doing it without a backup plan, and then the future you were counting on is taken away, your thinking, feelings and impulses suddenly become discombobulated and you truly feel wigged out. When that happens you can go into emotional freefall and panic doesn’t seem far away.

Now here’s the special secret that you will from this day on use following one of your setbacks, defeats or failures: “Don’t do anything to make it worse for 72 hours.”

I’ll repeat that, “Don’t do anything to make it worse for 72 hours.”

When you do something that makes it worse, such as going on an alcoholic bender or food binge, doing drugs, screaming at people around you, slipping into “road rage” if someone cuts you off, it can make you feel better for the moment (just as yelling or insulting me at the beginning of this column might have done).

However, after you do it, the massive embarrassment and guilt you have caused yourself will make you now have to apologize and reassure everyone else that you’re okay. Alternatively, if you do something really stupid and nobody sees you, the massive shame you feel towards yourself can actually do a worse job on your psyche.

Even more detrimental, when this occurs, you can become so busy making amends dealing with your guilt and shame that you will miss the breakthrough that will often happen within 72 hours.

Instead, what I believe happens is that when your mind falls apart temporarily, it acts like a pendulum. By that I mean, as long as I don’t do that thing to make it worse, my mind always comes back together and when it does, it has begun to adapt to a new future to replace the one that was taken away. And when that happens I not only bounce back, I bounce back stronger, smarter and better. It may not be immediately, but definitely happens over time.

RELATED: Dr. Mark Goulston – Someone you love is out of work and stuck, really stuck

I have a friend named Jim who was a CEO at a medical products company. One day the news came out that their lead product was possibly causing complications in patients. Without checking with his board or anyone else, he immediately ordered that product be pulled off the market pending further investigation. This resulted in a big hit to their earnings.

I called him to tell him how proud I was to know him and his immediate response was, “I’m giddy with excitement!”

Shocked I replied, “You better close the door in case someone overhears you, because they’ll think you’re nuts!” I then asked him to explain.

The Jim told me: “We have a great company and always do the right thing, but setbacks and even disasters happen in every company and in every one’s career. What I know for certain is that whenever they have happened in my career, they have always made me stronger, smarter and better. I’m giddy now, because I know that will happen with this situation, but I just don’t know what that stronger, smarter and better will look like.”

Don’t get me wrong. I have never been and am never happy when setbacks, defeats and failures have happened or happen in my life, but I am glad they did and do, because like my friend’s Jim’s case, they always make me better.

However, that said, I still to this day have to say the same thing to myself when they happen that I’m asking you to do… Don’t do anything to make it worse for 72 hours.

Coming in August: If you enjoyed our article series with Dr. Goulston, we will have another great series on the emotional costs of labor by Livia Gershon (@LiviaGershon)for you next month!

Join the Conversation: Everyone has dealt with failure and disappointment. Tell us your bounce back story on our Facebook page.