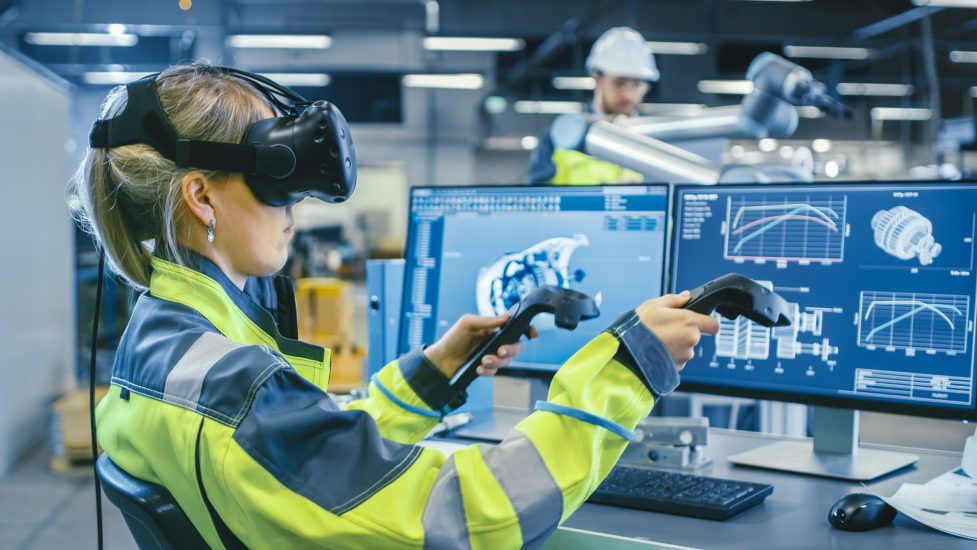 By one measure, in the near future, 80 percent of all professions will require some knowledge of science, technology, engineering, or math. This doesn’t mean you have to learn how to program a computer, or design an app, but you will need some understanding of how technology works. But, if you do choose a STEM path, the opportunities are vast.

Employment in computer and IT occupations, for example, is expected to grow by 12 percent by 2028, faster than all other careers, according to the Bureau of Labor Statistics.

STEM-related jobs in manufacturing are expected to increase by 3.5 million by 2025, with more than two million of them going unfilled because not enough people are entering the field. In engineering, the biggest demand will be for civil, industrial, and mechanical engineers over the next six years.

Where will these workers come from?

The good news: over the past 10 years, the number of college freshmen who say they intend to major in engineering and computer science has grown.

27.9 percent of students entering college in 2017 indicated their interest in STEM careers.

Stereotypes and lack of role models

Two out of three women surveyed by tech and engineering company, Emerson, this summer say they were never encouraged to pursue a career in STEM. “Of the women who said they were not encouraged to pursue STEM careers, most attributed this missed opportunity in the workforce to stereotypes against women and a lack of female role models in the field,” according to the study.

In fact, the number of women in engineering in the United States hasn’t increased since the early 2000s, according to the Society of Women Engineers (SWE).

When women do make it into an engineering career, the hurdles aren’t over. Women report biased treatment in the workplace, including having to prove their competence more than their male counterparts, facing suggestions they should work fewer hours after having children, and being mistaken for either administrative or custodial staff.

These are the kinds of experiences the Society of Women Engineers is working to move the industry past and help women overcome. Empowering women “to achieve full potential in careers as engineers and leaders” is SWE’s mission.

One of the ways the organization encourages the early passion for engineering is through its SWENext Global Innovator Award, open to female high school students who demonstrate a commitment to bettering the lives of women in STEM, volunteering in outreach initiatives, and pursuing a career in engineering.

This year, five exceptional young women were honored Nov. 8 at the SWE Annual Conference and Career Fair in Anaheim, California.

Kaitlyn Ludlam of Fleming Island, Florida; Aja Capel of Urbana, Illinois; Alice Ao of Suwannee, Georgia; Aimee Xu of Fresno, California; and Aishwarya Velu of Walpole, Massachusetts have all founded engineering clubs at their respective high schools, and in their communities, to encourage and help girls pursue their interests in engineering.

“We couldn’t be more pleased with the level of enthusiasm and commitment these girls already have for a future in engineering,” says Karen Horting, executive director and CEO of SWE. “These students are exemplary role models in their community, and we are confident that with their passion for engineering, and their commitment to the community, they will do great things.”

“When I joined my high school’s FIRST Tech Challenge Robotics Team, I did not fit in. My male-dominated team made me feel intimidated, and they would not allow me to participate in designing, programming, and constructing our robot for competition,” Kaitlyn Ludlam says. “I lost complete confidence in my abilities.”

“In every technology class I’ve taken in my school, such as Intro to Computer Programming, Web Design, and AP Computer Science, the majority of the class has always been comprised of boys and a male professor. There are usually only two other girls or so,” Aishwarya Velu says. “The lack of female representation often saddens me, mainly because there is often no one close enough to talk to and relate to about future ambitions in engineering as a female.”

Pushing past the barriers

While disconcerting, none of these young ladies let their experiences of being the only, or one of the females, in engineering derail them. Ao started Geekspace Girls Coding Camp, a free coding camp for girls ages 10 to 14 and led a team that created an ergonomic, pressure-sensing pencil grip to assist people with motor dyspraxia, a childhood neurological disorder that weakens people’s abilities to process motor tasks.

Ludlam won a scholarship to Space Camp in Huntsville, Alabama, designed a leg prosthesis for a local double-leg amputee, and founded AstroBot STEM, a non-profit resource that helps students looking for STEM opportunities to find role models, organizations and opportunities.

Velu created an app for the Kumon location, where she worked as a math assistant, which sends out notifications for all federal holiday breaks and snow days so her bosses could communicate with the staff.

An SWE study suggests that cultural biases also have a detrimental effect on the pursuit of engineering as a career.

“I am often the only African-American, the only girl, or the only African-American girl who is in the class, the course, or at the event. I am also usually a few years younger than the cohort. That look of ‘Oh you must be in the wrong place’ when I walk through the door, got old very quick,” says Aja Capel. “I am a very strong and driven person but when you are the only all the time, it weighs on you. There was a short time when I questioned if STEM was for me, when I began to buy into the world’s definition of who STEM was for.”

Capel channeled those experiences to form See Me in STEM, a solution to the STEM gap for minority students. Her organization provides hands-on events, camps, and classes for students and mentors. In her first year, See Me in STEM benefited more than 200 under-represented youth in her community.

Encouraging and empowering women in STEM

Harnessing the grit and perseverance of young women like these SWENext winners is seen as critical to the country’s innovation and global competitiveness. That’s why the Institute of Educational Sciences recommends primary and secondary schools create classrooms that spark curiosity and fosters long-term interest, and expose girls to female role models who have succeeded in math and science.

Aimee Xu says she has benefited from family and academic support. And she hopes to be an inspiration to young girls who are part of the STEM Summer Camp 4 Girls she created, as well as students she met while spending the summer in Shanghai at the Chinese Academy of Sciences researching the effects of artemisinin drugs on lupus.

“I have always been a math and science type of girl. Both of my parents work in the engineering and technology fields, and they have always supported me in my STEM endeavors, whether it be Science Olympiad or math competitions,” says Xu. “I am also very fortunate to have inspiring math and science teachers, such as my SWENext club advisor, Mrs. Mary Allen, who motivated me to work hard. I really appreciate how STEM permeates through virtually every part of our lives.”

At the college and university level, partnering with K-12 schools to provide curriculum and mentors, scholarships and fellowships, and the creation of an academic pipeline for female professors in STEM can lead to recruitment and retention, according to a report by the U.S. Department of Education.

All of the SWENext Global Innovator Award winners echoed similar words of encouragement to young women interested in engineering, from “Just keep swimming,” (the famous phrase from the movie, Finding Nemo) to remaining positive and confident, to embracing opportunities and surrounding yourself with other girls with similar interests.

“Though we girls have been historically underrepresented in engineering, we are working to redefine the meaning of what it means to be an engineer,” says Ao. “There will come a day when more girls will feel empowered to pursue engineering, when the word ‘engineer’ will stop being synonymous with the word ‘man,’ and when women will become the faces of engineering.”