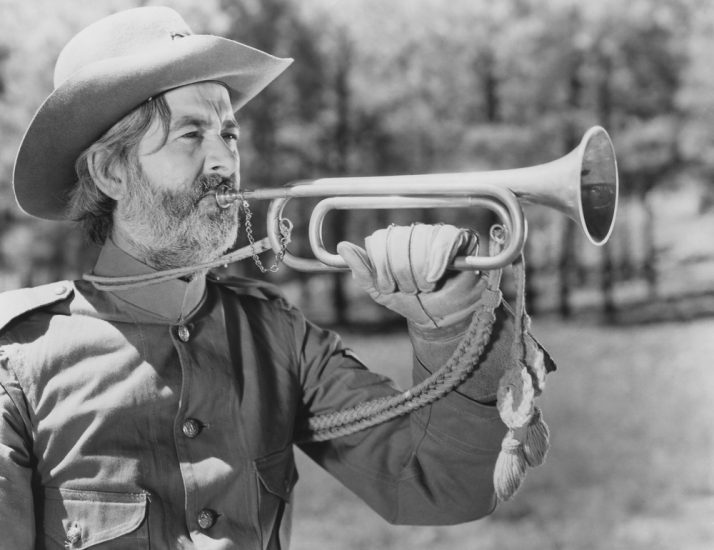 Have you ever convinced yourself you were not capable of changing along with the times? Dr. Mark Goulston has a wake-up call for anyone who is certain about their fate in life.
By Mark Goulston, M.D.
-
Share on facebook
Share on twitter
Share on linkedin

Do you know the difference between a calamity and a tragedy?

A calamity, such as an earthquake or tsunami is unavoidable; a tragedy is when something awful that could have been avoided, wasn’t. One of the greatest tragedies in life is having a wake-up call and not waking up to change your life for the better.

Wouldn’t you agree that a wake-up call is a terrible thing to waste?

I have had so many wake-up calls in my life; sometimes I wonder why I bother going to sleep. Here is one of them that I’ll explain later so that you can recognize and make the most out of your wake-up calls.

When I entered the patient’s room, I noticed his eyes were as big as saucers. He was moving his arms and legs under his restraints, and he was moaning/screaming at me with his eyes as much as with his muffled moans (because the respirator tube was in his neck).

“Mmmnnuh,” he said over and over again, his muffled cries making no sense.

I put a pencil in his restrained right hand with a small pad and said, “Here, write it down.” Illegible scribbling was all he could manage.

I thought, maybe the oncology resident was correct, maybe he was just psychotic and agitated. I calmly said, “You’re kicking and pulling at your IV’s, your respirator tube and we needed to restrain your arms and legs and give you a tranquilizer which will help you calm down and fall asleep. When that happens, we will take you out of the restraints.”

His wide eyes continued to scream out to me, his cries and his beseeching me continued. Not knowing what else to do, I left his room.

24 hours later I received another page from the oncology resident who told me, “The patient is out of his restraints, off the respirator, is seated up in his bed and told us to page you!”

I again entered the patient’s room. His wide eyes replaced with eyes that locked onto mine after which he ordered me to pull up a chair and seated me in it with his gaze.

“What I was trying to tell you,” he said firmly with an undertone of threat, “was that a piece of the respirator tubing had broken off and was stuck in my throat. And you do know that I will kill myself before I have to go through that again. DO YOU UNDERSTAND ME?”

Unable to take my eyes off his as if he was like a wrestler who had pinned me to the mat, my eyes teared up and I said, “That’s absolutely awful. I’m so sorry. And I understand.”

That was not just a wake-up call, that is the moment I learned to listen into people’s eyes.

I believe continuing to listen into people’s eyes (which almost anyone can learn) is the single most potent skill I learned to reach suicidal patients. It has helped me understand their place in their Dark Night of the Soul and help them feel less alone and begin the flickerings of hope.

What is a wake-up call?

It is when as certain as you think you are about something is the opposite way you intended. In the cancer patient’s case, I wasn’t actually certain that he was psychotic, but I had deferred to the conclusion of the oncology resident who had been certain that he was.

A wake-up call is when you realize that you might be looking at a situation from the wrong point of view and like me, if you come to see it differently, you can wake up to a new way of approaching a situation that previously had you stuck.

Not infrequently, I’ll speak to groups of people having to make a change and who know it intellectually, but something – fear, usually – holds them back.

In those groups, I’ll explain how 90% of people are ready for change, but only 10% are ready to change. What I have discovered can help more people, including you, to be ready to change is to give them the following “apology on steroids” exercise.

RELATED STORY: How to deal with job uncertainty

I ask people to raise their hands if there is someone in their life that they owe an apology to and nearly everyone raises their hands. I then instruct them that I would like them to contact that person and offer the following five-step apology:

1. Contact the person you owe an apology and say: “I have discovered that I owe you an apology, and I’ve owed it to you for some time and I would like the chance to give it to you if you’re willing. If you’re open to that when might talk further? It won’t take more than fifteen minutes.” (The other person may reject this, but a majority would be intrigued by it because unsolicited apologies are a rarity).

2. When you call or meet with that person, say: “Would you agree that we always saw ‘X’ and ‘Y’ very differently?” (Hopefully, they will respond with, “Yes”)

3. Then say:  “If that is true, I owe you an apology for never making an effort to understand how you came to think and believe what you did and probably still do, and I’m sorry for that.”

4. Then say (and this is the apology on steroids part): “Something else I owe you an even bigger apology for, and something I am embarrassed about is I didn’t even want to make an effort because I had no interest in understanding your position. I was so busy shoving my position on and at you while belittling yours. I was wrong to do that.”

5. Then finally say: “If you are willing, I would like to unburn a bridge between us. If you agree, I would be grateful to sit down with you for as long as it takes and I will just listen to your point of view, how you came to it and how and why you believe in it. I will only ask questions to ask you to clarify what you are saying.”

Why do the apology exercise?

Because one of the things we are often certain of is that there is no way to unburn a bridge or repair a broken relationship that ended badly.

Doing this exercise can convince you that what was unfixable can be repaired. Maybe this lesson can open you to consider waking up about other things you were or are so certain about that aren’t true.

As Mark Twain said: What gets us into trouble is not what we don’t know. It’s what we know for sure that just ain’t so.”

As an extra bonus, doing this specific (and “classy”) apology exercise is very likely to cause you to jump-start feelings of self-worth and self-esteem that you might have lost. This can further motivate you to wake up about many other things.

Also: If you want to be inspired by people who have had wake-up calls that changed their lives forever, please check out my new podcast, My Wakeup Call, where people ranging from the powerful and famous to everyday folks tell their stories.

Join the Conversation: What was your wake-up call? Share your inspiration or story with us on our Facebook page.