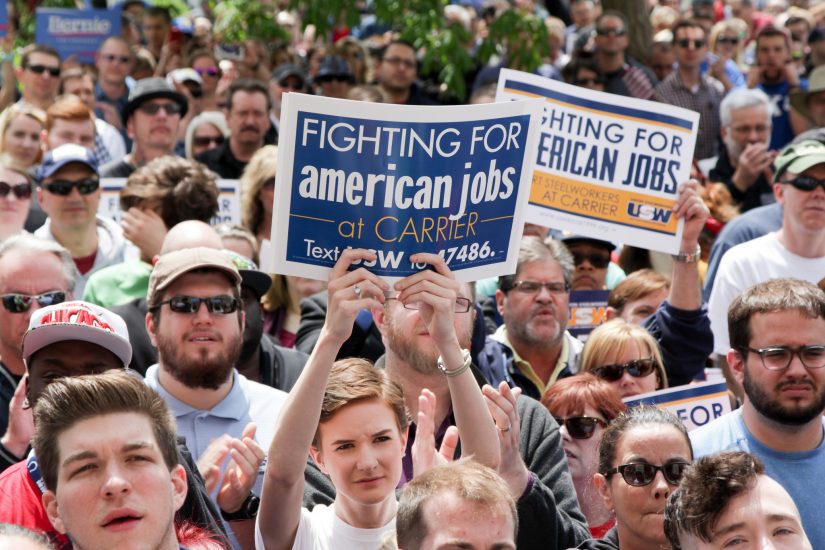 Early Reactions to Carrier Deal to Keep Jobs in U.S.

News and social media outlets are buzzing Wednesday with the news that Donald Trump has reached a deal with Carrier Corp. to keep about 850 jobs in the U.S.

For most of the 1,400 workers faced with losing their jobs once the company, which manufactures gas furnaces in Indianapolis, moved its operations to Mexico in 2017, the news feels like a huge victory.

We have been following this story for months now and even went out to Indianapolis to speak with workers who were blindsided with the news that the job they planned to retire from was closing up shop for cheaper labor outside the U.S.

Following this latest development, we reached out to TJ Bray, one of the previous workers we spoke with in Indianapolis, to find out what he thought about the deal and what he’s going to do next.

We also looked at more reactions to the deal from employees and the union.

.@Carrier employee Robin Maynard's message to Trump and Pence: 'Thank you for sticking to your word and going to bat for all of us.' pic.twitter.com/TBxLDGlZmU

Union President at Carrier given no information about deal: “We’re trying to figure out what the hell is going on." https://t.co/5ZoXuif3FJ

As we await the details of the deal, which are expected to be revealed Thursday, we can’t help but watch the conversation going on on the internet and everyone’s reaction to it. Some facts to consider:

Some see this as a battle victory in the war against outsourcing:

While others see it through a different lens, one that is looking at the bigger picture:

If Trump did a Carrier-style deal every week for the next 4 years, he could bring back 4% of the manufacturing jobs lost since 2000.

Another metric: Trump would have to do one Carrier-sized deal a week for 30 years to save as many jobs as Obama's auto bailout

The Trump Effect? After Carrier pledge to keep jobs in US, more companies may follow | https://t.co/nzsxxeqCRR

Trump's Carrier deal is the opposite of him 'taking on big business' https://t.co/KGGNPkQYMc pic.twitter.com/b4chZAxxGE

Here’s what you really need to know about Trump’s Carrier deal https://t.co/jMKGztrOme pic.twitter.com/IwDhj35sS3

What we don’t want to do at WorkingNation is jump to any conclusions before we hear the details, and we do have a number of questions that we plan to address in the coming days as we learn more including:

In the meantime, we plan to watch this development very closely and continue our mission of addressing issues like this in a way that provides the most benefit to the worker and the workforce for the long-term. More in the days to come.