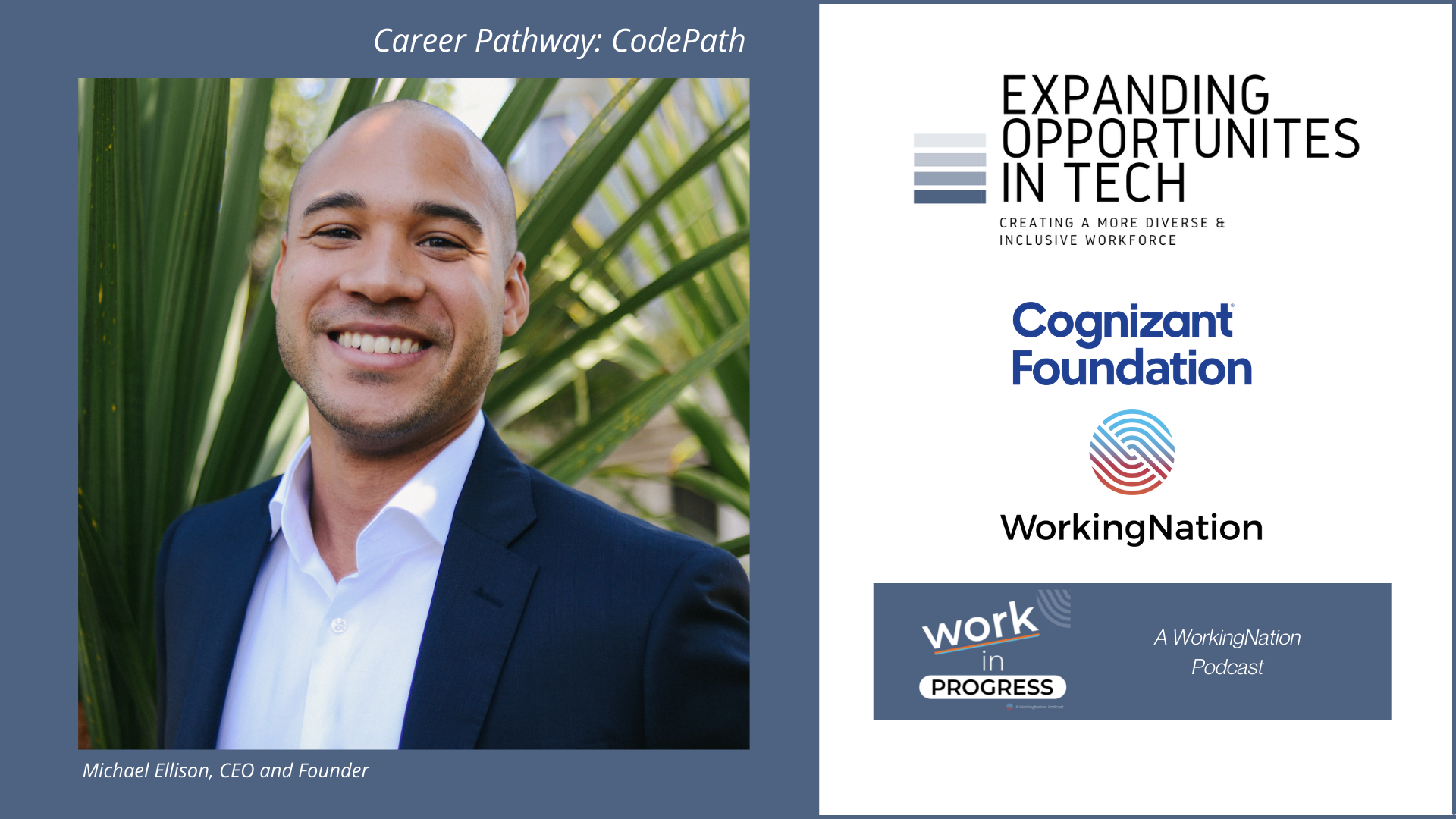 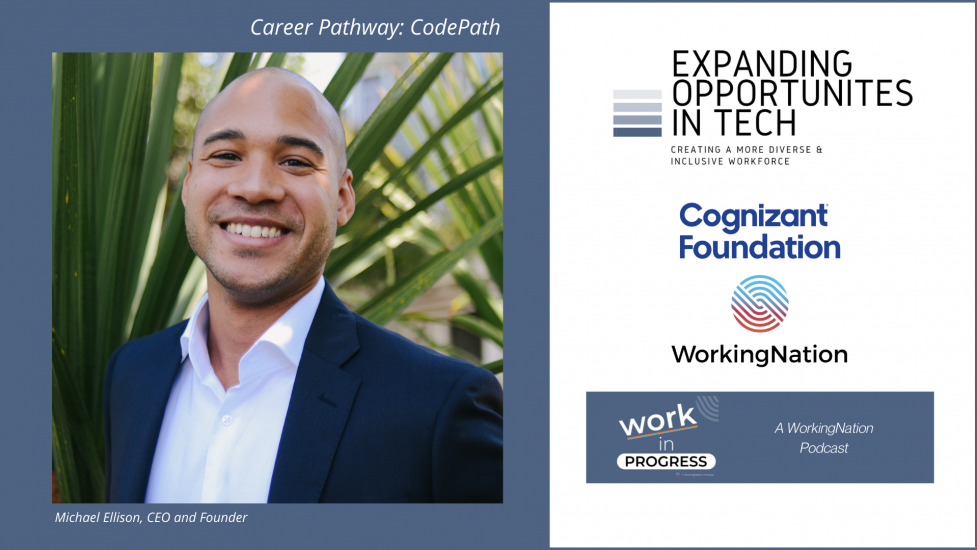 Silicon Valley has been struggling with the lack of diversity in the tech industry for more than a decade. But, to be clear: this is not just a Silicon Valley issue. There are good tech jobs all over the country.

Helping traditionally underrepresented groups—Blacks, Latinx, women, and people from low-income backgrounds—find the pathway into these jobs is nonprofit CodePath‘s mission. It’s tackling the issue at the postsecondary education level.

Michael Ellison is the founder and CEO of CodePath.

“There is one big element of this: a very leaky pipeline filtering students out. A lot of students are being encouraged by great programs like Code.org or Girls Who Code, and they’re inspired to pursue computer science. And then, when they get into freshman and sophomore year (of college), they enter into a system that wasn’t designed for them, that’s actually more designed to filter them out, where 70, 80% of these underrepresented minority students are dropping out, not making it through.”

“In 2019, although there were 6,300 Black CS (computer science) degrees awarded, we only had about 8%—or 588 graduates—who actually became software engineers. 588, when in that same year we had around 900,000 open computing jobs that went unfilled for greater than five months.” he adds.

In this Work in Progress podcast, Ellison tells me they’re trying to increase diversity in tech, by rewriting the infrastructure of computer science education on more than 50 college campuses.

“We try to focus on holistically meeting students where they are. You see CodePath courses on your campus endorsed by your professor in the course roster that help to inspire you to pursue computer science, and also better prepare you for your first introductory CS courses, your freshman and sophomore year, so you’re less likely to drop out,” he says.

According to Ellison, CodePath is working with major tech companies to make sure that the curriculum that exists on those campuses matches the current demands in the industry. “We’re limiting the gap with what is expected in the industry, but also making it more student-centered, more culturally relevant, more personalized, is the right pacing for you, and it’s designed to make you fall in love with programming, as opposed to weed you out of programming.”

He says the last prong of CodePath’s three-prong approach is making sure that once those computer science students get the skills, they have the access to the right people in the industry to get them hired.

“CodePath has created a virtual career fair, where if you are an employer that signs up, then you have to interview every person we put in front of you, regardless of school, regardless of resume, regardless of background. And this has done wonders for students from going to your local community college or your state school that doesn’t get the same attention, but there’s lots of talented students there.”

The nonprofit has worked with more than 4,500 students: 40% of whom are women or underrepresented minorities and 40% are first-generation college students.

I ask Ellison what he would say to current students, or any member of underrepresented groups thinking about pursuing a career in tech.

“I would say I’ve been in a similar place as you. I grew up low-income in rural Maine, single mother household. At points in time, we were homeless growing up and I didn’t know if I was going to be able to get to college, succeed in college from finding entrepreneurship and tech entrepreneurship early back all the way when I was 19 years old. I’ve now founded six different organizations and one of my recent startups was sold to a public company for $3 billion a couple of months ago. There’s really limitless opportunity. Tech careers, it’s a modern day gold rush, this is the place to be.”

In the podcast, Ellison talks more about the issues standing in the way of some young people trying to break into the industry, and he explains how CodePath is changing the way the pipeline of talent is being primed. You don’t want to miss that part of the conversation.

From CodePath Student to CodePath Guru to Software Engineer

He emigrated to southern California from Mexico when he was five years old. Today, at 23, he is one month into his first job as a software engineer, iOS developer, with tech giant Intuit.

Alcala tells me he had no real tech role models growing up. In college, he decided to minor in computer science, but he was still struggling in his third year. “I was still taking the fundamental CS classes. You had to get perfect grades, and I was barely getting through on the beginner classes.”

Alcala says no one looked like him in his classes and he felt like he had “imposter syndrome” before signing up for a CodePath course. “I felt like maybe the system just was broken, and I got put here by accident. But after making the projects, and seeing the patterns, everything started clicking, I realized ‘Okay, maybe I can do this.'”

From there, Alcala got involved in the startup community on campus, and eventually started mentoring other students of color in computer science, becoming a paid CodePath Guru.

This part of his journey means a lot to him: helping others who might be struggling like he was until he found CodePath. I’ll let him tell you that part of his story. You can listen to the podcast here, or download it wherever you get your podcasts.

Next Friday, our look at solutions continues when Judith Spitz, founder and executive director of Break Through Tech, joins me on Work in Progress.