The current state of the American economy remains positive with continuous job growth, according to the latest numbers released by the U.S. Bureau of Labor Statistics.

There were 313,000 nonfarm jobs added in February, which surpassed economists’ expectations of 200,000. The average hourly wage also grew slightly at 0.1 percent but was down from January’s 0.3 percent growth.

“When you look at the headline numbers, we’re at full employment. 4.1 percent is a pretty nice place to be,” says Beth Ann Bovino, Chief U.S. Economist for S&P Global in New York. “When you drop down into the numbers, the worry that we have is that, when we look at the U-6 number (underemployment), the number is still a little bit high at 8.0 percent. But, it has come down a bit and it looks like people are starting to get jobs.”

Bovino tells me that, in particular, men have been dropping out at a “significant pace” over the past few decades, which goes right to the heart of the talent shortage. “Why are these men, prime working age of 25-54, leaving the workforce? Where are they going?” Some of it has to do with Baby Boomers retiring, but that doesn’t account for the total number of people who have given up looking for work.

The decline in the labor participation rate is a drag on the economy, leading Bovino and her team at S&P Global to lower their estimate for potential long-term economic growth to under two percent. It was close to three percent 15 years ago.

Contributing to their forecast was the fact that the number of women taking part in the workforce is stagnant. “The prime-age women worker participation rate in the U.S. had been near the top of all OECD (Organization for Economic Cooperation and Development) countries in the ‘80s and ‘90s, now we’re near the bottom,” says Bovino.

According to a report issued in December by Bovino and colleague Jason Gold, “For years, the surge of women entering the workforce largely offset the slow attrition of the male labor force participation. But since the turn of the millennium, women’s participation has also declined, to just 57 percent (in 2017) from roughly 60 percent in 2000.”

Labor is an economy’s most valuable resource. According to their estimates, by increasing the number of women in the workforce, we could “potentially add an additional five percent to ten percent” growth to the economy in just a few decades.

“How Do We Get There From Here?”

More women in the workforce also means a bigger talent pool from which to tap into to help fill current jobs and the jobs of the future that demand even higher skill levels. Bovino says that while there have been great gains in education for women, there is still room to grow. It comes down to increasing opportunities, particularly in STEM (science, technology, engineering, and math.)

“There is more employment in those areas. An incredible amount of productivity comes from those areas. And they’re also high-paying jobs,” says Bovino. “Everybody talks about the gender wage gap, which could possibly be because of the profession gap.”

Getting girls to explore fields traditionally considered to be the boys’ domain could help narrow the gender wage gap, but also “move the need for productivity growth.”

“This might be the opportunity to find the next Alberta Einstein or the next modern-day Rosie the Riveter” who needs advanced high-tech manufacturing skills, Bovino tells me. “This could be a real boost for business revenues and the economy.” 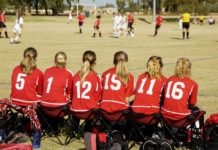 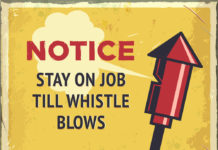 Unemployment rate is lowest since 1969: Is that the whole story? 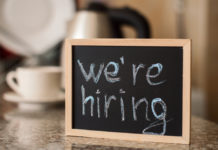 Millions of older adults are choosing work over retirement