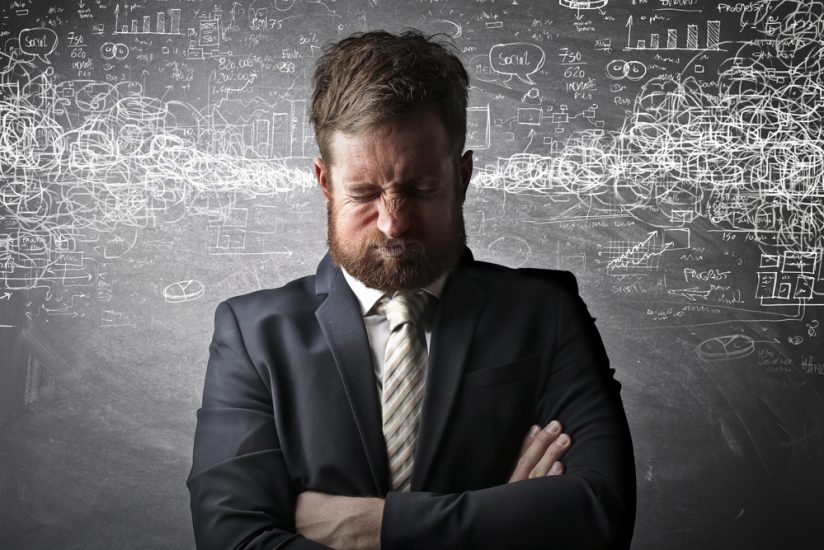 Feel like blowing your stack? Put a sock in it!

How often do you lose your cool and start yelling at people? And when you’re through, feel embarrassed, ashamed, apologize… only to have it repeat itself again and again?

If you truly do feel embarrassed, ashamed, apologize and want to get more control over yourself, here is a seven-step approach that I have used successfully with people I coach and mentor.

It is also an approach I use with myself when I want to prevent another meltdown followed by a tantrum by me when I am upset by something.

The most critical part of using this is how much you want to correct this behavior. People don’t do what’s important to them, they do what they care enough about. Eating healthy and exercising are important to me, but I don’t care enough about them to make and sustain a commitment to doing both consistently.

Therefore, this approach will not work unless you care enough about preventing your rants.

If you do, then these seven steps may be just what you need:

Step One: Game On – You need to catch yourself before you yell, scream or throw something and instead realize that this is exactly the place where you will start to build your mental toughness muscle. Saying in your mind’s ear, “Game on!” signals to you that it is time to take control of yourself. If you’re too late and the horse has left the barn, don’t worry, you’ll get to try it the next time you feel like blowing up.

Step Two: Vent – Do this silently in your head and in doing so, use whatever expletives or obscenities you wish as long as you don’t utter them aloud.

Step Three: Put a sock in it! – Imagine someone living or dead who cares or cared about you and believes or believed in you, and even more… loves or loved you. When you get a little tired from your internal venting, now imagine them saying loudly, firmly AND lovingly, “Put a sock in it!”

Feel how their saying it is laced with love as opposed to belittling you.

Step Four: Yell – Get into an internal screaming match with the person and tell them sarcastically, “I don’t want to put a frickin’ sock in it!” Then imagine punching yourself out verbally as you tell them what they can do with their “Put a sock in it!” suggestion. You want to keep doing this until you have gotten all your internal venting out of your system.

Step Five: Downshift – Now imagine that person in your mind commanding you to, “Downshift.” When you hear them say that, imagine you are downshifting in a stick shift car, or even in your automatic car shift lever or on a motorcycle. When you downshift, you stop spinning your wheels and instead increase traction, pull the road towards you and feel in control. When you step on the accelerator you run the risk of going out of control and flying off the road.

Step Six: Breathe – Begin taking five long, slow and deep breaths. If you feel tempted to go back to venting, do step two again and then a step three repeat followed by some more step four yelling. Repeat until that’s out of your system, then downshift and start breathing again.

Step Seven: Now what? – If you have gotten most everything off your chest and calmed down in your mind, it’s time to hear that person saying, “Now what?” or if you prefer ask you, “What would be a better thing to do?” At that point, you will likely be able to come up with something, even if it’s “Do nothing” or “Don’t do anything to make it worse.”

How and why does this work?

On the other hand, when you conjure up the image of a person who cares about and loves you, pushing back in a protective (vs. provocative) “Put a sock in it!” and sense your bonding with them, you are increasing your oxytocin.

Oxytocin is the antidote to cortisol. When your oxytocin goes up, your cortisol and stress go down.

The reason that they work is that when you’re under stress, you often feel alone and powerless. And the louder you feel like yelling or do yell in your mind, the more out of control you feel. However, realize that as long as you keep it in your head, you haven’t lost control outwardly.

But if at that point you feel the strength of someone pushing back in a strong, protective and loving way, specifically when they say, “Put a sock in it!” you feel less alone, safer and less out of control.

By the way, if you occasionally slip, don’t think of yourself as a failure. Realize that it actually takes more mental toughness and resilience to have a slip and stop it from turning into a slide than it does to not have any slip ups at all.

By the way, if despite my telling you to not beat up on yourself in a merciless manner, you do… “Put a sock in it!”

Join the Conversation: How do you deal with your anger issues? Share your strategies on our Facebook page.

Dr. Mark Goulston is an award-winning business psychiatrist, consultant for Fortune 500 companies and the best-selling author of seven books. His latest, Talking to Crazy: How to Deal with Irrational and Irresponsible People in your Life can be found on Amazon. Catch up on Dr. Goulston’s previous articles here.