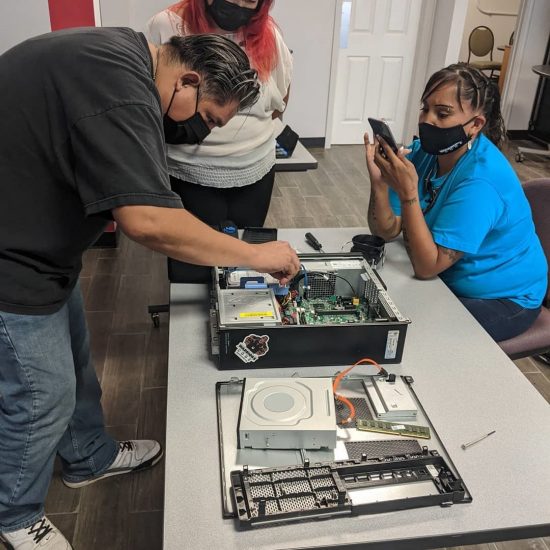 Focus on Phoenix: Looking to IT and health care to boost its economy

As the nation looks toward a post-pandemic economic recovery, WorkingNation is speaking with the nation’s mayors about job creation, training programs, and in-demand industries in their communities. In this article in the series, we Focus on Phoenix.

Mayors around the nation are prioritizing efforts to get their residents on the road to economic recovery.

“Cities can really be key partners in workforce development, whether it be supporting our entrepreneurs, attracting the right businesses that provide quality jobs, or helping people upskill,” says Mayor Kate Gallego of Phoenix.

Calling cities, “laboratories of innovation,” Gallego says good ideas can be adapted across the country.

Gallego also notes that partnerships with local employers have been a successful model. “If you look at programs where the employers are involved in the entire planning, they’re more likely to lead to a successful job with a higher level of wage.”

“We have a partnership with Arizona State University and Starbucks that helps Starbucks employees get a bachelor’s degree. That seems to have been a good model we’re trying to integrate across educational institutions, employers, and local governments, so that we have specific jobs that are available.”

Gallego also notes that more federal funds will help boost local workers. “Mayors want to support the great innovations that are going on in their communities to help our residents adapt and, hopefully, progress in their careers. We will be asking for more investments in workforce partnerships with cities,” says Gallego.

In her own city, Gallego cites health care as a sector looking to increase its workforce with employers offering input regarding their needs. “Phoenix is the fastest growing city in the country. We do convene these conversations which is very important,” says Gallego.

“The private sector has really worked together to talk about gaps. At the moment, overwhelmingly, it is nurses that we need. Before COVID, it was a lot of the allied health trades in addition to nurses and physicians.”

Tech is another area of growth in Phoenix, according to Gallego. She points to city employees who transitioned to meet the city’s needs. “One of the things we really want to celebrate is how nimble city workforces have been.”

“Some of them went into totally different fields. We had people at the City of Phoenix who went from being park employees who are now technicians because we needed to alter programming,” says Gallego.

“Many different types of jobs have said, ‘We need help with the website and coding.’ U-Haul is headquartered here. One of their great workforce needs was to have more folks who could help on the website and digital communications, because that’s increasingly important for them in how they communicate with their customers. So that need has crossed industries.”

IT Training for Phoenix’s Native Population

Warriors Code is a young nonprofit that teaches entry-level IT skills. The program’s participants are predominantly from different Native nations. Other participants include veterans who are experiencing homelessness.

Anthony Newkirk, Ph.D. is founder and CEO of Warriors Code. He explains the program’s offerings. “One is the CompTIA certification training that we provide. That’s for CompTIA A+, Network+, and Security+, which are entry-level certifications into the IT career field. That’s a 16-week program. We do a little bit of self-paced video and hands-on training.”

“On the software side, we run a program through Harvard University’s CS50, which is an intro to computer science. It’s an eight-week course, which we stretch out to 16 weeks. At the end of it, they get a certificate of completion from Harvard University,” continues Newkirk.

Participants also work on refurbishing laptops for the local community. “Those laptops go to underserved kids that are disconnected from their school. So it’s a really good opportunity. They’re actually getting two years of hands-on experience refurbishing these laptops.”

Newkirk says Warriors Code offers more than IT training. “It’s a mind and body spiritual journey on the road to recovery, which I’ve done myself. We’re doing some counseling and we have a gym that we’re opening up.”

Newkirk, a 10-year Air Force veteran, says he struggled with substance abuse issues after leaving the military. After getting sober, Newkirk got his bachelor’s degree in IT, his MBA, and a Ph.D. in IT.

Emmanual David Bennally is a Warriors Code student. He stumbled onto one of Newkirk’s presentations while visiting a service provider and was immediately interested in signing up for the training.

Initially, Bennally says he was overwhelmed by the program. “Technology hadn’t been a strong suit while growing up.”

But, according to Bennally, Newkirk broke down the curriculum into smaller, manageable pieces. “The learning process has been amazing, focusing on individual aspects of it. It became wonderful. It became inspiring and I really enjoy it,” he says.

“There’s so much technology out there, it’s amazing. It’s almost unfathomable to grasp that concept, but it keeps me motivated to continue to learn and increase my knowledge,” notes Bennally. “I see in the future that this is going to be worthwhile and very beneficial in my life.”

Mayor Gallego says employers can find talent in populations that are often overlooked. “I think employers have become nimble and have looked in different places than they were looking before and had great success with all types of different backgrounds.”

She continues, “We’ve had many employers who have been willing to step up and look at people who’ve been involved with our justice system. They’ve taken risks but ended up with loyal employees who stick with them and who are really committed.”

Newkirk, who serves on the Maricopa County Reentry Executive Committee, says, “It’s a tough state to get past your background. We’re trying to figure out ways to deal with that.”

“It rings true is that people that coming out of recovery, coming out of the system are hard workers. They want to succeed. And if given a chance, they’re probably going to be one of your best workers,” says Newkirk.

Gallego sounds a note of optimism. “I am very hopeful that we’re at a pivot point right now where we will learn very important lessons about equity and the challenges we’ve seen.”

“We’ve certainly seen huge challenges over the last years, but also solutions. From better training to better technology, it does seem like there have been a lot of silver linings and we can come out of this.”