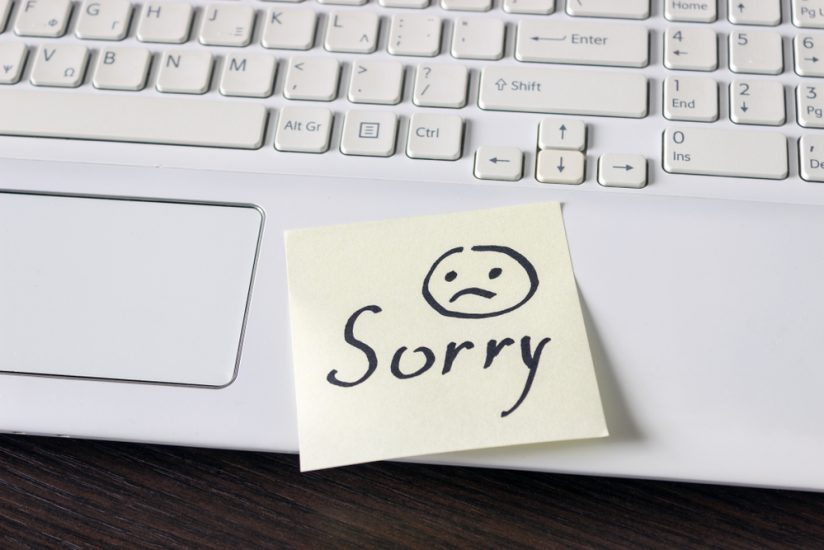 ‘Tis the season for forgiveness in the workplace

Admit it, you can hold some grudges at work and can’t find it within yourself to allow forgiveness. There are people that you feel blocked your progress or were unkind to you. You’ve let it simmer all year, and yet you and the other person are still in the same building day after day.

Or you may have caused someone at your work to feel pain or less of themselves and they are holding a grudge against you. For the benefit of workplace morale and your employer, your ability to forgive and be forgiven should not be ignored in the new year.

If I asked you, “What does the word ‘forgiveness’ mean to you?” what would you answer?

When I ask audiences, about 75 percent of the people respond, “I need to forgive someone” and the other 25 percent responds, “I need to ask forgiveness from someone.”*

Regardless of which way you answered, here is a formula you can use to earn forgiveness from someone you’ve hurt, intentionally or unintentionally. It’s also a formula that you as the hurt person can give the person who hurt you to tell them what you need from them to forgive them.

If you’re the perpetrator of the hurt, this is a roadmap to earning back forgiveness.

If you are the hurt person and you’re having trouble forgiving the person who injured you, check to see if they followed all of the above steps. In fact, you can give this article to them and tell them what you need from them that they have so far, failed to show.

Usually, the sticking point is getting the hurtful person to admit and express genuine remorse. More often they’ll express regret and will often push to move past it by saying, “Okay, I get it. I messed up. I hurt you, and I’m sorry. It won’t happen again. Can we move on?”

RELATED: How to make rejection your best friend

However, expressing regret without true remorse is like putting “lipstick on a pig.” It often leaves the hurt person feeling frustrated that you didn’t understand what pain you caused or that it bothers you that you did. Remorse communicates to them that it causes you emotional pain that you hurt them. Expressing remorse raises the hurt person’s belief that you mean it and therefore that you won’t do it again.

If you as the hurtful person have a track record of having sincerely practiced and internalized the first three R’s of Remorse, Restitution and Rehabilitation and you Request Forgiveness and the other person is still unwilling to forgive you after that, you are no longer unforgivable. They are unforgiving.

When I have applied this formula to two people and the hurt party replies, “I don’t think I can ever forgive him/her,” I suggest to that person that they might be unforgiving rather than the other person being unforgivable especially after the other person has put the first three R’s into practice for six months.

Furthermore, when I ask the unforgiving hurt party if they remember someone from their childhood also being unforgiving, they are often become appalled at themselves. That’s because they will remember an unforgiving, grudge-holding parent and how they never wanted to grow up to be like them and now they have. That realization can often cause them to reconsider their ways.

In the final analysis, it’s clear what is in it for you if the person you hurt forgives you, i.e., that you get let off the hook, but what’s in it for them and your company?

When you sincerely and earnestly practice the 4 R’s above, you enable the person you injured to go from fear and loathing to feeling safe, trusting and even liking you again. That feeling is called, “euphoria.” And every workplace could use some of that following the holidays.

Join the Conversation: Tell us your thoughts about Dr. Goulston’s latest article on our Facebook page.