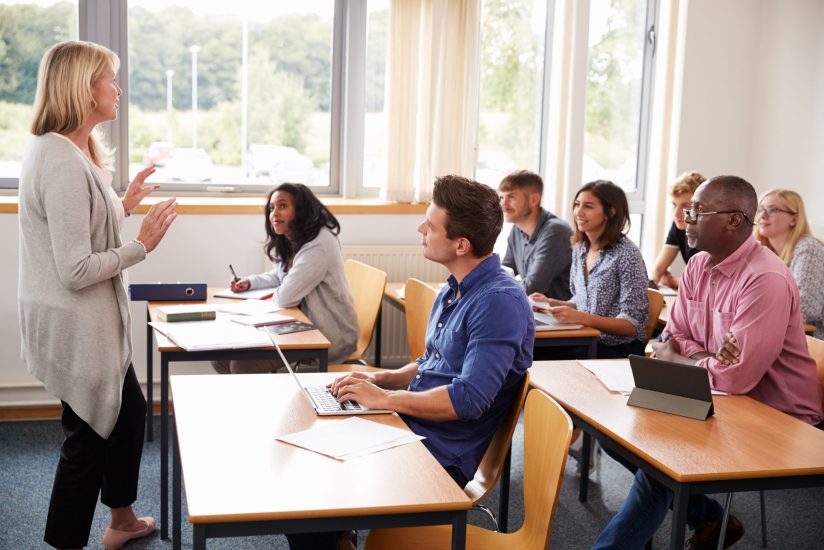 From the battlefield to the classroom

Roughly 200,000 military veterans transition into civilian life every year. Some of them go directly into the job market. But others, armed with the post-9/11 GI Bill, see a college education as the pathway to success after their military career has ended. Not so surprising given that 76 percent of post-9/11 veterans have attended some level of college before enlisting.

Transitions can be tricky, however. There is much that’s new to navigate both socially and academically. It helps to have a guide who can assist in making the jump from service to studies. That’s the goal of the non-profit Warrior-Scholar Project (WSP), which is designed to “provide mentoring and other forms of guidance for enlisted service members wishing to attend four-year universities.”

The WSP transition program is built on a series of free, “highly-intensive, totally immersive” one- and two-week academic boot camps held at top colleges and universities. Presently, WSP holds these camps on 18 campuses throughout the United States. There is a one-week humanities-focused experience that can be followed by optional STEM or business boot camps.

Ryan Pavel is the CEO of the Warrior-Scholar Project. He tells WorkingNation the program was designed to simulate the same kind of intensity veterans experience in the military.

“When we say ‘boot camp,’ it’s not a marketing term. It’s something that is a really helpful way to think through the amount of hours and the level of rigor.”

“The idea being that if you really do construct these short, intensive programs for student veterans to participate in before they arrive on campus, then you can see people really showing up day one, at whatever institution you are attending, ready to go and really excelling and understanding their true capabilities on campus.”

“And we’re upfront with students on that beforehand,” Pavel says. “This isn’t a passive thing where you get to just kind of check in and out of classes. We want to emulate what a crunch time around finals is like, and if you can make it through this, then you could do that.”

Pavel walked us through a typical humanities boot camp.

“So, you’re traveling on Saturday and then Sunday morning you’re up early and you do a welcome address. You get oriented to the campus. There’s a campus tour because we want students to see themselves on campus. They eat in the dining facilities, they sleep in the dorm rooms, they’re interacting with college students, they’re interacting with faculty.”

Then students dive right into the academics. “On the humanities side, we spend four hours on their first day with a mix of reading assignments,” according to Pavel. One of those is Alexis de Tocqueville’s Democracy in America.

“They just think, oh my goodness, this thing is hefty, this is a weighty text. And then we break that down into bite-sized chunks. We have a system called analytical reading on how to break that down. And students will then use those lessons for the next morning when they have a faculty member from the institution coming in and lecturing or leading a seminar on those materials.”

“And then the writing instructors in the institution will come in in the afternoon for four hours a day and in a mix of instruction and workshops give guidance on how to turn those lessons into sophisticated college-level writing. Then we pepper in a number of the discussions on transitioning and about the admissions process and navigating the condensed web of the benefits, how to take efficient notes, a lot of those types of skills.”

Pavel cites similar structures for the STEM program with a mixture of labs and workshops. While the newly created business program found students learning how to not only build a business but pitch their ideas to business leaders for immediate feedback.

But academics aren’t the only important part of the boot camp. Making that transition to college life involves the social experience as well.

Pavel says there’s often a “whiplash” that occurs between cultures when vets arrive on campus. It can be a challenge to leverage the strengths of someone who has had real-world experience into a productive classroom experience.

“At each one of our boot camps, we have something early on where we, on the first programmatic day, have a long discussion after dinner led by our fellows. And the idea is really just centered around this question of, what does this transition look like? And what we’d like to express is that a lot of it is thinking through these challenges before they’re right in front of you. So, what will it look like the first time? How will you respond the first time that somebody asks you about your military experience? If somebody asks you where you deployed, there’s a lot of different ways that you could field those questions. There’s no necessarily right or wrong way to do it, but it’s helpful to think through it beforehand.”

That’s coupled with determining the type of support systems that are available to the returning student, using mentors who’ve been through the program to learn how they handled certain situations and what they might have done differently.

The program helps students avoid what Pavel calls the “imposter syndrome,” the feeling that they don’t belong.

“But you know, that’s wrong. You’re accepted there for a reason and everybody feels a little bit out of place. And just because you’re older, just because you have a different experience, it doesn’t mean that you can’t be part of the community. I mean, what really makes it a vibrant discussion, what makes a diverse classroom, you’re part of that diverse makeup of the classroom and your opinion counts. And so too does the opinion of your classmates, even if you disagree with that. So, it’s not a simple formula. It’s not, ‘you do this and then you are successful.’ It’s not these two easy steps, these quick baby steps, that’s all you have to do. But it’s a process.”

The future of the WSP

The WSP started at Yale University in 2012 and since then, more than 1,100 veterans have attended, 253 of them this summer.

Along with adding STEM and business to the WSP, a computer programming component also may be on the horizon.

And in 2018, the WSP introduced a new one-day community college pilot program designed to transition veterans into those institutions and potentially a four-year university. That will serve about 100 students this year. Pavel is excited about the possibilities of expanding that offering because of the number of community colleges, and the relative ease of supporting a single-day program.

As for continuing support, Pavel says 18 program alumni were hired as fellows to help lead the next generation of student veterans through the boot camps. That is something that will continue to grow. There’s also an active alumni Facebook group that provides a tremendous amount of support to the community. Pavel says the information connected from post-course data and alumni surveys will help to grow the WSP’s ongoing network.

All of this is provided to veterans at no cost, except for travel expenses. “We believe very strongly in the importance of this being free of cost to the veterans,” Pavel says. He credits the donors, foundations, trusts, and corporations that support the WSP for allowing it to operate with this goal in mind, and says they’re always looking for people or organizations willing to contribute.

Anyone wishing to support the Warrior-Scholar Program can do so by visiting their website https://www.warrior-scholar.org/.