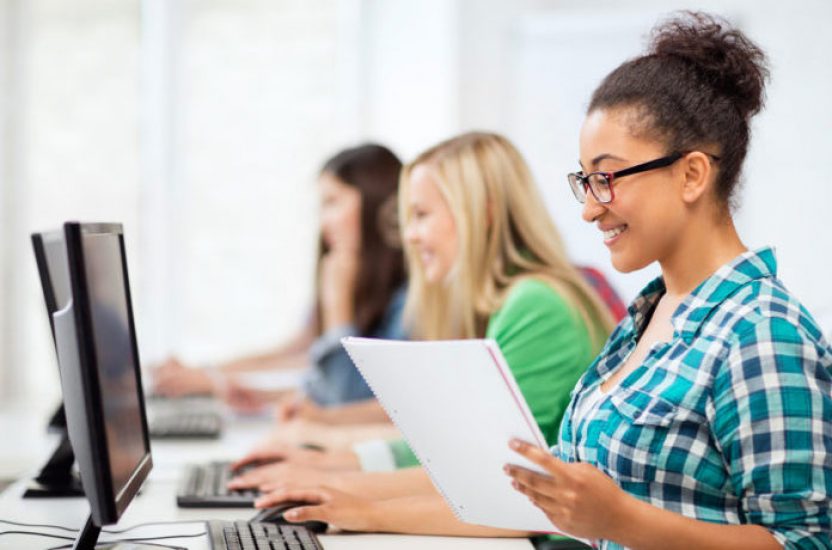 Girls Who Code: Nurturing the next generation of engineering leaders

It is becoming more apparent that no industry is immune to the problem of the employability gap, or skills gap.

According to code.org, a non-profit dedicated to expanding access to computer science, there are currently more than 500,000 open computing jobs nationwide, but fewer than 43,000 computer science students graduated into the workforce last year. By 2020, it is predicted there will be 1.4 million jobs available in computing related fields and only 29% of those jobs are on track to be filled by U.S. students.

One organization helping bridge the gap and start a pipeline of talent as early as middle school is Girls Who Code. In just the five years since its inception in 2012, Girls Who Code has grown from 20 girls in New York to 40,000 girls across all 50 states.

Through its free after-school programs and Summer Immersion Programs, the organization is giving girls grades 6-12 access to peers and mentors that help them learn to use computer science to solve problems in their day-to-day lives and make a positive impact on the world.

Raven, a 15-year-old Girls Who Code participant from Alabama, and her group helped create a digital memorial for victims of the Pulse Nightclub shooting, which occurred less than two miles from the Orlando Public Library where she first learned how to code.

“When I first saw the news, I thought it was so sad,” Raven said. “All of those innocent people got killed for nothing. I can pay my respects this way.”

After learning about the Flint, Michigan water crisis, Maya, 11, and Lucy, 12, two Girls Who Code students, built the website, Get the Lead Out, to help educate middle and high school students about lead poisoning and how to prevent it.

The programs and community Girls Who Code provide gives its participants the confidence and hands-on experience they need to pursue their passions both during and after their time with the organization. And the rapid growth of participation in these programs displays the growing interest of this untapped potential in this field.

In addition to not only sparking girls’ interest in computer science, Girls Who Code is also opening pathways for them to pursue a post-secondary education and/or career once they graduate high school.

According to the 2016 Girls Who Code report:

This is great news considering that earlier this month, a survey conducted by the Career Advisory Board (CAB) found a growing lack of tech preparedness for the American workforce by educational institutions.

Of the 500 organizations surveyed:

Three students from Girls Who Code’s inaugural 2012 Summer Immersion Program will graduate college this year. All three students are majoring in Computer Science at top universities, including the University of Michigan, New York Institute of Technology, and SUNY Albany.

“Girls Who Code jump-started my career in Computer Science by not only teaching me how to build an app but also providing me with role models and a community,” said Diana Navarro, an alumna from Girls Who Code’s inaugural 2012 Summer Immersion Program. “Before Girls Who Code, I’d never met a female software engineer. After connecting with and learning from so many females working in technology, I was inspired to pursue my interest in Computer Science. I now plan to work as a software engineer after I graduate!”

Girls Who Code has accomplished a lot in its short time in existence and with the growing need for talent in the digital landscape, organizations like this one are more important than ever. For 2017, Girls Who Code looks to extend its reach across the country. In part, by investing in expanding its community partnerships, particularly in school districts reaching low-income students, and by growing its volunteer network and helping thousands of Clubs Facilitators to learn computer science alongside their students.

The organization is also releasing two books as part of its Girls Who Code 11-book series for girls to learn to code and to join our national movement. The first books come out August 22, 2017 and include a nonfiction book, Girls Who Code: Learn to Code and Change the World, and a fiction book, The Friendship Code, which we like to think of as The Baby-Sitters Club meets coding.