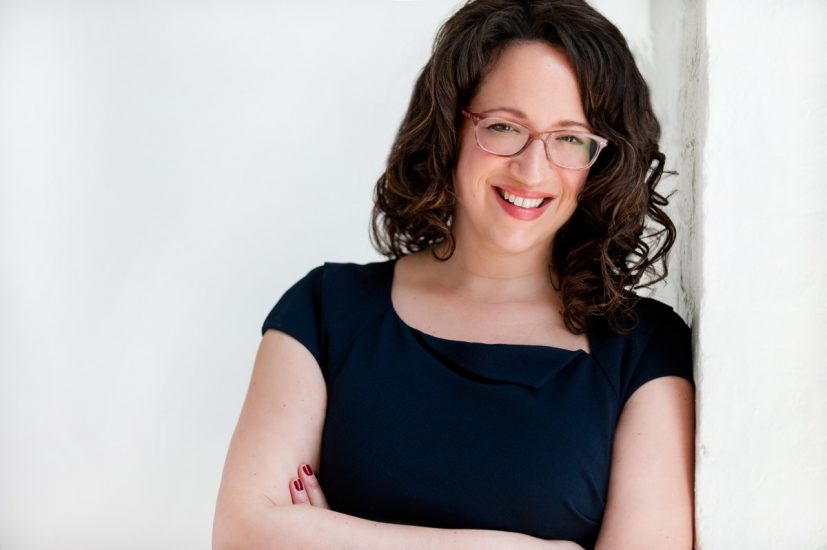 Amy Webb: Why the Government Needs a Futurist to Enrich the Workforce

“The Department of the Future would be charged not only with futures research and advising, but also with educating our newly elected leaders, the vast majority of whom do not have any background in science or technology.” – Amy Webb

Amy Webb is an author, futurist, and founder of Future Today Institute, a leading future forecasting and strategy firm that researches technology and answers “What’s the future of X?” for a global client base.

Her recent piece in Politico calling for the addition of a Department of the Future in our government caught our attention, so we spoke with Amy about how implementing a futurist’s tools in government can help deal not only with current changes in our workforce but also prepare us for the future.

WN: How would a Department of the Future apply to the future of work?

Amy: We once had a government agency called the Office of Technology Assessment and its role was to provide nonpartisan, data and evidence-based research to our elected officials and those in charge of creating policy. The OTA’s job was to help educate our lawmakers, government staff and other government agencies about the future of science and technology.

The OTA’s work was incredibly important. Even in the late 1980s and early 1990s, technology and science were becoming more sophisticated and harder to understand. Their work became a model for other countries around the world, who established their own versions of the OTA. What I find shocking and unthinkable is that Congress defunded the OTA in 1996, just as the Internet, genetic editing, mobile phones and broadband were taking off. All of these issues are ones that Congress would have to deal with, and they decided the OTA wasn’t worth a budget line. It was a foolish decision.

Right now, in the year 2017, we do not have any official policies, norms or standards when it comes to emerging technologies like artificial intelligence, CRISPR-Cas9, or personalized medicine. Those are complicated subjects that shouldn’t be politicized. In the absence of data, evidence and education, conversations about these technologies become polarized: AI will take all of our jobs or AI will become weaponized. Yes, those are two possible scenarios, but there are hundreds of other possibilities, too. Before leaping to judgment, we need to investigate and understand what’s on the horizon. That takes some work, but it’s work that every one of our lawmakers, and all of our government leaders, must do.

Here’s another example: biotechnology is a field that’s starting to grow because we have advancements in enough adjacent fields to catapult the whole ecosystem forward. With a national biotech policy in place, the U.S. would be sitting on top of a great opportunity. We could start to map out the future of jobs here in the U.S., which would include stimulus through research grants, new trade agreements and the like.

On the other hand, if we have no national biotech strategy, and lawmakers and our government leaders continue to ignore the field, we’ll wind up with a problem in the near-future. I can guarantee you that at some point, one of our politicians who hasn’t been following the development of something like CRISPR-Cas9, will suddenly decide that he is afraid of the technology, or that it could bring harm to the U.S. At that point, we’ll not only have lost an opportunity for growth—the U.S. will immediately fall behind other advanced nations in this critically important field.

[…] everybody—not just business leaders and economists, but also our elected officials—needs to be thinking through the future of technology.

Science and technology go hand-in-hand with job growth. Biotech is obviously one field, but so are robotics and self-driving cars. We have areas with big growth potential, and of course we also have some areas that are probably going to see great disruption, like banking. The advancement of all of those fields is tied closely with the economy and with jobs, and then at some point with regulation, so everybody—not just business leaders and economists, but also our elected officials—needs to be thinking through the future of technology.

WN: What do you see as the role of the national and local governments in the changing workforce?

Amy: [What we need from] our government, especially with how rapidly geopolitics are changing, is to redouble its efforts in bringing evidence-based science and data, technology, back to the forefront. The onus is on all areas and levels of government, including cities. And if they do that work, it can only help the workforce, that’s the bottom line.

One city that impresses me is Melbourne, Australia. They don’t employ futurists, but they do have a Department of Innovation that uses the tools of futurists throughout their work. To some extent, I see some of these efforts in Boston, San Francisco and Toronto.

Any leader that wants to make good on a promise to bring jobs back or to enrich the workforce must abandon short-termism, and instead start using the tools of a futurist.

If a local community is concerned about its workforce development and about jobs and about the economy growing, then its leadership cannot focus exclusively on the short-term, because these are not short-term problems. Any leader that wants to make good on a promise to bring jobs back or to enrich the workforce must abandon short-termism, and instead start using the tools of a futurist. They must engage in futures thinking, otherwise those promises will prove empty.

WN: So what’s an example of how Melbourne is helping its workforce?

Amy: Melbourne has an entire department that’s focused on strategy and planning. They’re working on creative ways to harness citizen data, they’re trying to build a central command system to monitor the health and wellbeing of businesses, and they’re earnestly mapping out the future. The people who live and work in Melbourne are better for it. Launching these smart city initiatives is attracting new business and keeping smart people from leaving the city. That in turn spurs new innovation, which helps with new job growth and stimulates the local economy. I don’t see that level of coordination yet here in the U.S., but I hope it’s just a matter of time.

WN: What role do you see for employers fitting into the issue of the skills gap?

Amy: While it’s certainly true that many jobs will be obviated by new technology, there are also lots of new jobs on the horizon. We currently have a shortage of data scientists who have ample leadership training and experience. We don’t have enough security experts who also have experience managing city infrastructure or working in City Hall. These are just a few examples of the kind of hybridization the workforce will demand very soon.

For example, we know that personalized medicine is coming, and that nanobots will be a part of health care in the future. But we don’t have enough doctors who are also trained in computer science, robotics and the like. What we will eventually need are doctors who have joint degrees in medicine and computer science, artificial intelligence or robotics. Or even a combination of the three.

Because we cannot know for certain what the future will look like exactly, the best way forward is to instead use the tools of a futurist and plan ahead. What are the intersection of skills that our future workforce will need? Waiting for that day to arrive, we can reverse engineer what we’ll need 10 or 15 years from now and start planning in the present.

WN: What are some of the hot jobs you think of for the future? Are there any areas/fields you see growing?

Amy: I think it’s not about a specific field growing as much as it is different fields converging in new ways. That’s why I mentioned robotics, computer science and medical school. Another example is artificial intelligence, which will start to converge with other professions. AI is a big field with many specializations like machine learning, heuristics and the like. We will likely see lawyers who have a background in AI, or commercial farmers with a background in robotics.

[…] we’ll start to see brand-new convergence across lots of different fields and specializations.

Just think about the future of manufacturing. In 10 or 15 years, what’s required to design, build, and maintain a factory that is full of smart, collaborative robots will need a different skills set and knowledge base than engineers have today. I don’t think there are a set of hot jobs of the future—instead, we’ll start to see brand-new convergence across lots of different fields and specializations.

Amy Webb is the author of The Signals Are Talking, a book about how technology is changing every facet of our everyday lives and how to predict what’s coming next.

Amy has spoken to numerous audiences all around the world, from the Milken Institute Global Conference, to Fidelity Investments, the Aspen Institute, IBM, Microsoft and SXSW. Click here to watch some of her appearances on the future of technology, business and society.