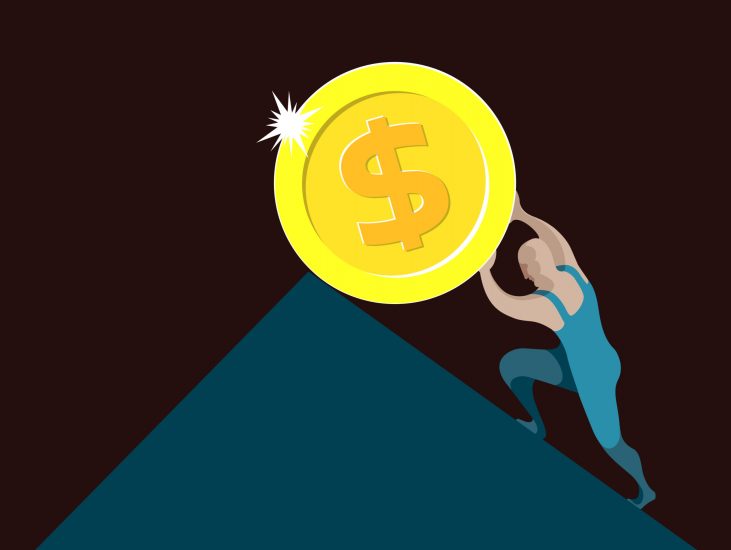 Survey: Americans say happy days are here – and soon to be gone again

The lingering scars from the Great Recession are still prevalent in many American workers’ minds this Labor Day. According to the latest Work Trends report from the John J. Heldrich Center for Workforce Development at Rutgers University, their view of the future offsets their optimism about the current economy.

Even as Americans have found work in the decade-long recovery and have more confidence about their economic footing, there is an unsettling dichotomy in their thinking about how long the good times will last. Though 58 percent of the 827 respondents said today’s economy was excellent or good, 70 percent report they are concerned or worried about their families’ economic future.

“Despite nearly 10 years of positive job growth and low unemployment, Americans are still anxious about the future,” report co-author and Heldrich Center Director Carl Van Horn said through an email.

Their anxiety is fueled by doubts about the continued growth of the economy, the study says. It is also rooted in their post-recession experiences, according to Van Horn. Those who were laid off found new work but were unable to recapture their previous earnings. They were also familiar with the shared trauma they and their communities suffered as companies shifted jobs overseas.

“Many also say that their finances have not recovered after the trauma of the Great Recession. Millions of Americans, members of their family or friends, lost jobs and spent down savings and retirement funds. They went deeper into debt. Even if they are working again, rebuilding their finances and gaining a sense of security is still difficult,” said Van Horn.

The rising prevalence of alternative work arrangements and stagnant wages also play a part in shaping their opinions. According to a Gallup survey, 36 percent of workers are participating in the gig economy. These jobs, which range from online tasks to ride-hailing and delivery services, offer a chance for income without protections and benefits that full-time workers enjoy. The gig economy also leaves workers vulnerable to income shocks in the absence of work or increased competition from overseas freelance labor.

When it comes to compensation, Americans’ average wages have grown 2.7 percent since 2017, which was not enough to keep pace with inflation at 2.9 percent. Runaway costs for health care and education also are placing strains on workers’ wallets.

“The fact that more jobs are temporary/contingent positions is important. So too is the fact that compensation has not increased enough to help the average workers to keep up with the cost of living. For many who are employed, they have not experienced any increase in their standard of living for many years,” said Van Horn.

Job insecurity also marked lower-income respondents’ attitudes toward the current economy. Forty-one percent of respondents earning less than $75,000 a year reported that they were very or somewhat concerned about keeping their job.

Americans confidence about finding work, however, is rising. Seventy-three percent of Americans said they were somewhat, very or extremely confident about getting a new job. Compared to the nadir of the recession around 2009 when only 49 percent had any confidence about changing jobs, the millions of job openings today are a source of this newfound optimism.

RELATED STORY: The U.S. has 6.7 million job openings. Why aren’t they being filled?

Americans’ optimism, described by Van Horn and co-author Jessica Starace, is the “half-full glass” of their overall attitudes about the current economy. Sixty-five percent said that the economy would be better off or the same in 2019, and 64 percent said that quality jobs are out there for the taking. The falling unemployment rate has also softened Americans’ opinions of it. Since it has hovered around 4 percent in 2018, only 7 percent of respondents said they were “very concerned” with the unemployment rate.

The Heldrich Center reported that Americans are also happy about the current health of their finances. Fifty-eight percent said their finances were “excellent or good” compared to 44 percent in 2010. They are also feeling better about their current job compared to one year ago. Just 15 percent said they were less satisfied with their current position.

So why are Americans still cautious about their future earnings and job prospects if they are more confident about their current situation? The Work Trends survey says that Americans’ uncertainty about the future comes from the perception that the government and corporations have not learned the lessons of the Great Recession and will continue to support outsourcing.

Sixty-four percent of the respondents said that they fear the continued outsourcing of American jobs as a significant threat, and 56 percent said that competition from cheap overseas labor threatened their livelihoods. The survey also noted that they were less concerned with “illegal immigrant” labor taking their jobs as only 31 percent of Americans ranked illegal immigration as a major threat. Instead, more Americans were likely to say that immigrants were a benefit to the U.S. than a threat.

Also surprising were Americans’ attitudes toward the rapid growth of technology and automation to replace workers. Despite a sobering report from McKinsey & Company which predicts automation will replace one-fifth of the global workforce by 2030, only 43 percent of respondents said that automation was a threat. Van Horn said that Americans are less fearful about automation than outsourcing or another economic downturn.

“[Fears about automation and technology] do not loom as large as other factors. A likely explanation: it is hard for experts, let alone the typical American to predict which jobs will be eliminated,” Van Horn said.

What will it take for Americans to overcome their doubts about the future? Van Horn said that sustained growth could bring the country so far. He said that a corresponding rise in wages and benefits must happen to lessen Americans’ fears, but it was unlikely to happen when accounting for the rapidly-changing labor market.

“Without wage and salary increases and more stability in the labor market, it will be difficult for people to be satisfied,” Van Horn said. “The pace of change and job dislocation, combined with nagging uncertainty about the future of America, are likely to be major concerns for years to come.”

To read the entire Work Trends report “A Glass Half Full or Half Empty? Americans agree the Economy is strong, but Worry about the Future:” click here.

Join the Conversation: Tell us your thoughts about the future of the American economy on our Facebook page.