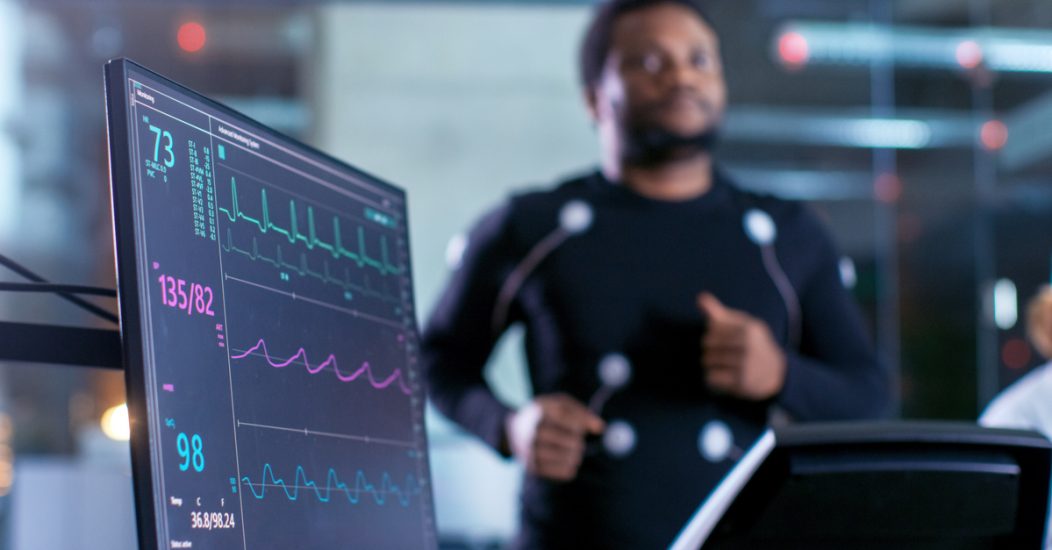 How data analytics is changing sports

There’s nothing new about the use of statistics in sports, whether it’s playing the lefty-righty batter-pitcher percentage when shuffling a lineup in baseball or deciding the effectiveness of rushing versus passing in football when your team is feet away from a first down. It’s all about looking at the data already collected and making a decision based on your analysis of it. And it’s not just happening on the field. Data Analytics is reshaping the way sports teams and sports-related companies are doing business.

Last week at the 2019 SXSW EDU conference in Austin, WorkingNation’s Chief Content and Programming Officer Joan Lynch moderated a panel of experts from both the performance and business sides of the industry as they explored the opportunities — and challenges — presented by this growing demand for workers who understand the numbers and their meaning.

Trent Dilfer spent 14 seasons as a quarterback in the NFL, including leading the Baltimore Ravens to victory in Super Bowl XXXV. He is now the head football coach at Lipscomb Academy in Nashville.

“The people that can interpret data and teach the coach what that data means, and how to implement it, they’re probably the most important people in sports today,” said Dilfer. “I want it so that I can take 66 kids, understand their data, and then be able to have a plan, a solution to move forward to make them better and our team better in those situations.”

He said it could also help a coach or a league better determine a high school athlete’s ability to move to college and perhaps turn pro.

“Let’s take high school to college. There is data you could capture on them as juniors and seniors in high school that could project what they could become when they got to college football. Things from joint size, shoulder width, to short shuttle times, to 40 times, to power output in a vertical or broad jump. Basic data capture like that started helping with projections on what they could be,” he explained.

Brett O’Brien, the managing director and senior vice president of Gatorade, explained his company’s use of data this way: “We swim in it on everything we do at Gatorade. Gatorade is crafted to solve one simple purpose, and that is to make athletes better, to help you perform better, to give you energy and to then give you electrolytes to help you sustain that energy and that performance.”

So how does his company continue to grow a sports performance product when athletes are getting better, faster, and stronger? O’Brien said the endurance community is a great place to look because it’s always collect data on itself.

“If you’ve ever gone for a run and then you’ve looked at your watch to see how long it took, and then the next day or a week later you did the same run and you looked and you said, ‘I’m faster.’ That’s data. That’s collecting information on yourself to say, ‘Well, what did I do that got me faster?’”

The company does the same, studying athletes at its Gatorade Sports Science Institute. “We poke and prod, and put them on treadmills, and put oxygen masks on them and understand everything we can possibly understand about athletic movement and what goes into their body, what comes out of their body. And because of that, all that info, we can then take that and design products that help athletes to perform better. That’s how we use [data and analysis] to grow our business.”

From being on mute to taking the lead

Just seven years ago, there were just a handful of people working in the research department at sports talent agency IMG before its merger with William Morris Endeavor (WME). They were the people on mute, listening as agents negotiated deals based on data they provided. Now as a team of 60, according to Caryn Rosoff, vice president of Endeavor Analytics, they are involved in every decision at the company. More often than not they’re the ones that are leading the calls.

“The position of an analyst has really changed from the background to the foreground.” – Caryn Rosoff

“As our group showed its prowess, we began to grow to a point where, at least on the WME side, when we’re going out and getting new talent, we’re actually the lead in a 30-page analytics deck. It shows that we’ve taken the time to understand the potential client,” said Rosoff.

“Decisions are not made at Endeavor without analytics or evaluation. We’re part of all phases of the sales cycle. You’re going to market early on with the naming rights or a jewel asset — we’re part of helping establish the go-to market price. You’re either a brand or property negotiating your partnership, you want to know are you getting a fair shake — we’re part of the discussion. The position of an analyst has really changed from the background to the foreground. And it’s been really exciting to be part of that process,” she told Lynch and the audience.

At our WorkingNation town hall last month on the future of work in data analytics, co-hosted by the Wharton Customer Analytics Initiative at the University of Pennsylvania, we spoke to business leaders who said finding people with the necessary, combined skills is challenging in all industries. In 2015, there were 2.3 million open jobs. This year, there is expected to be 2.9 million jobs demanding the ability to dive deeply into data and make important business decisions, according to Burning Glass Technologies research group.

“You don’t have to be Serena Williams, Lebron James, or Trent Dilfer to be in a very cool industry that is growing fast and is very, very exciting.”

Lynch explored the role formal education plays in filling the open jobs, asking the panelists whether a college degree was necessary.

“My kids [at Lipscomb Academy] are super high-achieving academically. The goal is to pursue their human potential, whatever that may be — academically, spiritually, athletically, socially. I think that the opportunity to teach young people how to figure stuff out supersedes any degree that you can get,” offered Dilfer.

Rosoff was a business major in college, but there were no sports-related business classes at her school.

“I do think that individuals that attend those classes and take those classes, they definitely come in more prepared than I remember I was when I first started. A lot of it can be taught on the job, how to pull the systems, how to think about different things. And then eventually, it starts to become a little bit more natural,” she said.

Gatorade’s O’Brien explained that there is one exact path to take to become a data analyst in his company.

“We really value people are really interested in math, and data, and how things work, and solving puzzles and creating linkage. There’s got to be a passion for what you do, as well. It’s not just, ‘I’m pulling data to say how fast hot dog sales are in a certain stadium. I’m pulling data because it’s going to help this thing that I’m so passionate about, which is either a team or a league or brands in a robust way, or an athlete.’”

“How cool is it to be able to apply multiple things that you’re passionate about and put them together to say, ‘I could make an impact on this and help my team, whatever it is, get better, but also do the things that I love the most,’” he concluded.

Lynch explained that part of the reason WorkingNation wanted to do this panel at SXSW EDU was to use sports to show kids the diverse job opportunities that are available to them is they combine their abilities with their passions. “You don’t have to be Serena Williams, LeBron James, or Trent Dilfer to be in a very cool industry that is growing fast and is very, very exciting.”

She told the story on her then-seven-year-old stepson who was passionate about fantasy football. When asked what his favorite classes in school were, he said he loved history and gym— and hated math. It was pointed out to him that he loved fantasy sports, which was all about statistics and math. His response was, “I guess math is my favorite subject.” Lynch added, “This is three years later and now this is a kid who gets straight As in math, who loves it. I call him a mathlete. Now he gets it.”

Listen to the full panel discussion below: