During a recent visit to the White House, IBM CEO Ginni Rometty spoke with German Chancellor Angela Merkel and Ivanka Trump about the best way to address workforce development and build new-collar skills through apprenticeships.

On FOX Business Friday morning, Rometty gave us some insight into what they talked about and the three big things we can do to address the skills gap issue in our country.

One of those things is through a new form of education. In 2011, IBM launched Pathway to Technology (P-TECH) schools in close partnership with education and government leaders in New York City. The schools teach curriculum that businesses will hire, provide mentorship and internships, and give kids essentially an associate’s degree when they graduate in six years. The program will be in 100 schools by the end of the year affecting 50,000 kids, some of which IBM is already hiring.

“This has been a real focus and in my view very positive, practical steps that can be taken forward that will change the face of skills in this country,” Rometty said.

It’s that form of education and the push for apprenticeship and credentialing programs, Rometty adds that will really modernize the pathways to jobs in this country.

Corporations taking the initiative to put these kinds of programs in place is just one way this problem can be addressed. Another is through government policy.

When asked how the government can help, Rometty said supporting and passing legislation like the Perkins Act, which gives community colleges funding with the requirement that they are providing students with the curriculum that businesses will hire, is the best thing it can do to help scale the kinds of programs that are creating real change across the country.

You can watch this portion of Rometty’s interview below.

You can also see what Rometty had to say on artificial intelligence and the use of technology in how companies grow and reinvent themselves, here. 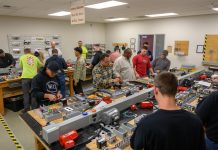 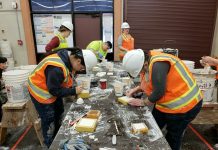 Focus on Tacoma: Preparing residents for apprenticeships in the construction trades