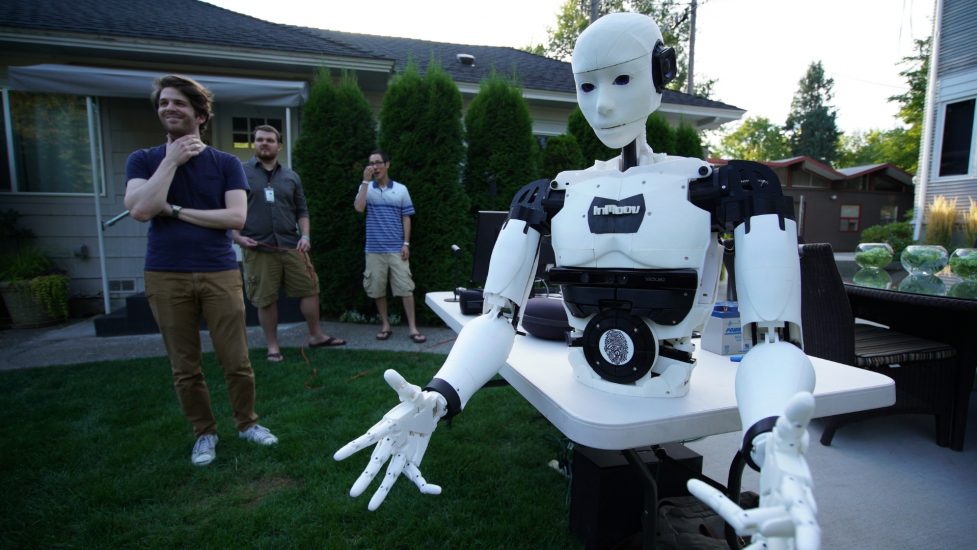 There are many paths to innovation. Penicillin was discovered by accident. The cell phone reportedly was inspired by the communicators in the original Star Trek television series. And legend has it that Paul McCartney actually dreamt the song Yesterday.

Now, one group is trying to innovate the way cities can reinvent themselves after falling on tough economic times by turning them into American Dream Factories. New businesses equal new jobs. Four hundred and fourteen thousand American startups created 2.5 million jobs in 2015, the most recent number from the U.S. Census Bureau.

Innovation Collective takes an organic, multi-pronged approach to getting small cities back on their feet through community involvement, ideation, and incubation. The group outlines its vision as “a series of cities that serve as hubs of innovation with economic niches (or ‘verticals’) that reflect the history, strengths, and passions of its people.” The Innovation Collective’s team then matches these hubs with investors who are interested in partnering with like-minded entrepreneurs and civic leaders for their R&D and manufacturing.

“Community Has Collapsed in Our Country. Capitalism Is in Trouble.”

Nick Smoot is Innovation Collective’s Founder and CEO. He tells WorkingNation that it all began as an experiment five years ago to repair community and capitalism. Smoot cites the rise of technology as making human capital obsolete in areas that once depended upon a labor-oriented workforce.  As he bluntly puts it, “Work is gone.”

“Work is something that I believe is truly for intelligent machines and we needed people to do that. We don’t anymore. And so, to figure out what do we do with these humans that are arguably useless, to be honest. You shouldn’t be. You’re still magical. But people are useless right now.”

“We use them for jobs that are sad and soul-sucking,” Smoot says. “So, we had to look at the process and coordinate an approach that took people from a state of comfort in their uselessness to a state of confidence in being magic makers, going from being an intelligent robot to a magician. And that takes a very big effort.”

That effort is being led by three different companies within the Innovation Collective. The first is designed to help citizens and communities get their confidence back. The second matchmakes ideas with real potential with capital either through the collective’s own venture fund or by brokering other sources of funding. The final company builds live/work real estate which is mixed with some local light retail.

“Think of it as a research lab doing moonshots away from the big corporations,” Smoot says.

One example of how this works can be seen in Innovation Collective’s most mature city — and Smoots’ hometown — Coeur D’Alene, Idaho which has become a major robotics center.

“When we set up there, we took the first steps of gathering the citizens and running events where they heard inspirational stories from other locals that have succeeded, and they learned about how they failed. And we do these storytelling nights once a month,” Smoot says.

“Then we started these idea-sharing sessions where the citizens started to share, ‘Here’s my dream’, or ‘I need help with this.’ And we now do those twice a month in the mornings. And they also share interesting news they find fascinating. And when they share those dreams, we stop the room and say, all right, what do they need next? Or how can we help them?,” he explains to WorkingNation.

“It’s a very disorganized SBA (Small Business Administration) or SBDC (Small Business Development Center), but it produces a lot of fascinating IP and some actual very, very valuable companies we have seen start there and when they started as just a crazy idea a citizen had.”

“It creates this very intimate social setting for citizens to feel empowered and confident and know that someone came to talk to them. Then we also do an annual think tank. The think tank is around a specific industry. Because as the citizens find this new confidence, and they are learning and reading books and spending time together, and encouraging each other to dream big, we believe that they need to focus on a vertical.”

Smoot believes without focusing on a vertical the power of critical mass and collective action are lost. “So, we’ll tell the city, ‘You need to be a sports city, you’ll be the future of sports innovation.’ Or ‘You’ll be healthy food and beverages, Yakima, Washington’, or ‘You’ll be robots, Coeur D’Alene, Idaho.”

In the latter’s case, Smoot says Innovation Collective brought in roboticists for a Davos-style think tank that included its own Ted-influenced talks, a pub crawl mixing speakers and citizens, and a showcase of the different startups where people got a hands-on experience with the new technologies.

This first step in the process in Coeur D’Alene was so popular, it now has become an annual conference called the Think Big Festival which is free to the public for people of all ages to experience. This year’s festival gets underway later this week.

Funding the Next Big Idea

After that first community-activation event, Innovation Collective went out and got funding from local investors who wanted to invest in products and ideas that came out of this new wave of inspired thinking.

The first company to get help was Wilkinson Baking which reached out to the Innovation Collective to help fund its Breadbot automated bread baking machine. The machines can be installed in stores, giving customers a chance to pay less for bread while saving grocers the cost of shipping from a central location.

Another success story is the local startup Rohinni. The founders were interviewed in one of Innovation Collective’s Fireside Chats in 2013. Their product — an invention that places light and micro-electronics on multiple types of surfaces. The impact of this technology could affect everything from television display lighting to mobile devices to fabrics. The Innovative Collective staff worked with Rohinni on marketing and funding, and three years later, the company employs more than 40 people and has secured 44 patents.

Innovation Collective’s website says that since launching in 2014, it’s fostered $57 million in new investments and helped launch 35 new LLCs. In Coeur D’Alene, there are now more tech companies per capita than any other city in Idaho.

When choosing Coeur D’Alene for its robotics vertical, it was discovered that no colleges offered related degrees. Innovation Collective began working with the University of Idaho which made the city its home for computer science education. Classes are held in the Den, a 40,000-square-foot work/live space complete with a locally run barbershop and coffee shop. Even the interior woodworking was done by a local artisan.

By the way, robots have become such a part of Coeur D’Alene culture, the city has even passed laws giving robots the same rights has humans in accessing public property.

Smoot says the company plans to expand Innovation Collective to nine new communities. Five of them are in Idaho, the others are Yakima, Washington; Utica, New York; Reno, Nevada; and Albuquerque, New Mexico. There’s also talk of extending to overseas.

“There are three Americas growing apart at an accelerating rate.”