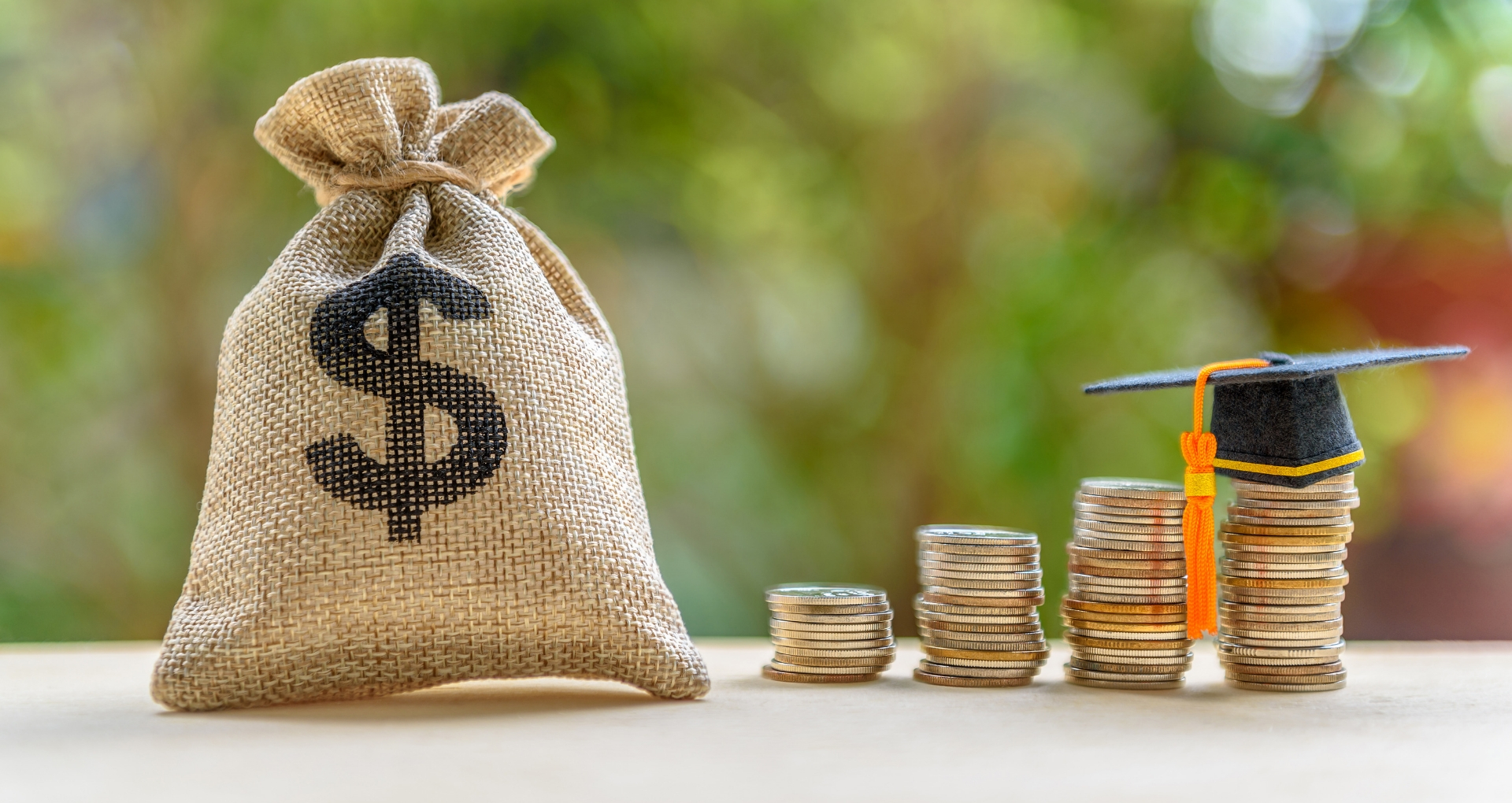 It doesn’t take an economics major to understand why the numbers surrounding the student loan conversation are alarming. Policymakers, economists, parents, students, and alumni consider the total amount of debt — approaching $1.6 trillion nationally — at a crisis level. An estimated 43 million Americans owe on their student loans, and approximately a million borrowers default on those loans every year.

Presidential candidates have brought it to the forefront of their campaign platforms, proposing everything from a limit to the amount students need to pay back to complete loan forgiveness.

The average cost of a four-year college is about $9,700 for a public school and more than $36,000 for a private school. Yet, despite the rising tuition and loan costs, a study by the Federal Reserve Bank of New York finds that college is still a good investment. Individuals with bachelor’s degrees experience less unemployment and earn higher wages than those without degrees. And though the average return-on-investment has dropped over recent years, it’s still about 14 percent for most people.

So, college appears to be worth the money. But not everyone has the money now, or the ability to take out a student loan, to attend college. Programs like Income Share Agreements (ISAs) can provide help. While the details of ISAs may vary from institution to institution, it’s a way to finance education, in which the student (or recipient) agrees to make payments for a specified period of time after graduation, based on a percentage of their income.

In the case of the San Diego Workforce Partnership (SDWP), its newly launched ISA targets more than the typical college student. The nonprofit’s mission is to offer job search and career development resources to all San Diego County job seekers 18 and over — regardless of income or background — at no cost.

Andy Hall, chief operating officer for the SDWP, says that a 60 percent decrease in federal funding over the past decade meant that for every five people who came to his office seeking a career change and the funding to gain the skills and credentials to do so, there was only enough money for one-in-five to receive a scholarship.

SDWP turned to the idea of ISAs to help its clients get the skills they needed to obtain good jobs now and in the future. It has partnered with the University of California San Diego (UCSD) Extension and Vemo Education to offer the nine- to 12-month programs in in-demand careers like digital marketing, business intelligence, front-end web development, and Java programming.

Applicants must pass an assessment, sit through an orientation to UCSD coursework, and then pass a 25-question, timed exam that shows they can do well in that coursework. If they do, they then move on to the next phase, which is financial counseling to determine if an ISA is right for them.

When the SDWP opened up the application period, 450 people expressed interest. The first cohort just started in late June — 25 people in business intelligence and 25 people in the digital marketing program. The cohort participants range in age from 20 to 60 years of age, with diverse experiences professionally and educationally.

“We have some with master’s degrees, several with high school diplomas. We didn’t screen anybody out. We didn’t give preference to those already with degrees. The admissions process is 100 percent based on competency and the assessment you take to get into the coursework at UCSD, as well as financial need,” Hall says.

The initial $3.25 million in funding for the ISAs came from philanthropic partners such as Google.org, The James Irvine Foundation, Strada Education Network, and a local individual donor.

“No one sector can close skill and equity gaps alone. All of the recipients share our commitment to engaging with an ecosystem of educators, community organizations, and employers to help individuals bridge the divide between education and economic opportunity,” William D. Hansen, president and CEO of Strada Education Network says through a media statement.

“We’re excited to support the San Diego Workforce Partnership. They’re listening to education consumers as well as employers and designing solutions that are relevant to the real-world challenges — and opportunities — today’s students face,” Hansen adds.

Labor market research has identified the four occupational paths — SDWP calls them “clusters” — that showed a growth rate faster than the average for San Diego, pay middle-class wages that can sustain families and households, and are further along in competency-based hiring practices. That last item means that while a four-year degree matters, the career paths are more conducive to “portfolio hiring.”

The programs cost $6,500 per participant, and courses are both online and in-person, designed for those who work and may have other responsibilities such as a family. In addition to the course fees for UCSD, each participant will also receive a mentor, career consultant, job placement services, internship services and help navigating needs such as housing, childcare, and transportation.

Once they complete the program, participants pay between five and eight percent of their income over 36 to 60 months, as long as their earnings are more than $40,000 a year. The maximum that graduates will pay is 1.8 times the cost of the program, or $11,700.

“The way the economics will work is we do expect some people to pay the maximum who are doing really well, and we expect some people to pay very little or nothing at all, because life happens. From an actuarial standpoint, we’ve created terms on what balances out, so funds are breaking even by 2023. Meaning, just as much money is going out the door to fund the next cohort as is coming in the door from past cohorts,” Hall says.

“This is a perfect marriage. The (UCSD) Extension school understands we need to find talent in any way possible, whether through non-traditional education or new apprenticeship. They’re very forward-thinking,” says Neal Bloom of Fresh Brewed Tech, a San Diego-based entrepreneur, angel investor, and supporter of the SDWP ISAs.

“We have open roles right now for digital marketers that I’d absolutely like to be filling with people from here. The kind of background of the people here is much more diverse than the four-year university. Learning the digital and software side, and parlaying that into real-world experience after this program, that’s awesome,” Bloom adds.

The San Diego Workforce Partnership anticipates the ISA program will attain an 80 percent completion rate and job placement for 80 percent of each cohort in jobs making more than $40,000 a year. The plan is to provide education and training through ISAs to 200 people each year.

“Success for the individual is that they go through the program, get the skills to be successful in jobs in San Diego, and make connections for the rest of their lives,” says Hall. “And because of their experience and value, they are more than happy to pay it forward by writing a check for 5 percent (of their income) for three years.”

From a funding level, Hall would like the ISA program to be self-sustaining by 2023, recognizing that the offerings may change, partners and career paths may be added — such as drone aviation with a community college and nursing through the New Americans Campaign.

“This will enable nurses from Mexico to be able to practice in (California), if we can get the New American folks through some hurdles, so participants can practice the profession they trained for all of their lives in their country of origin, and have a good salary,” says Hall.

Hall’s goal is to have a cash flow positive fund by 2025, one that is capitalized at $25 million to address anticipated skills gaps. “We will have five priority sectors: life sciences, healthcare, clean energy, the building trade, and advanced manufacturing and IT. I would like to have $5 million deployed to each sector to solve problems.”

Getting smart in the innovation age of AI

Disruption and innovation in the school-to-career model