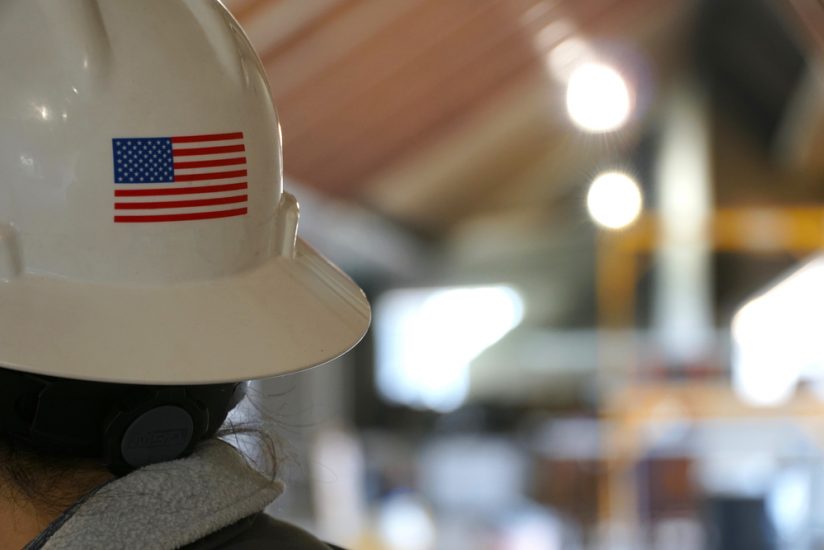 The federal government’s monthly jobs reports are, by nature, data-heavy and the headlines are good.

The U.S. economy added 200,000 jobs in January, according to the Bureau of Labor Statistics report released Friday. That was more than the 188,000 jobs anticipated by the nation’s private economists, and the 88th consecutive month of job growth. The unemployment rate remained at 4.1 percent for the fourth consecutive month. The number of unemployed persons, at 6.7 million, changed little over the month.

The January report was notable for an increase in average earnings, up nine cents an hour, and 2.9 percent over the past year. Economists point to a couple of reasons for the higher wages: minimum wages hikes kicked on January 1 around a lot of the country, and the average workweek declined to 34.3 hours in January from 34.5 hours in December.

Looking beyond the headlines, you see numbers that give some economists pause for concern. They represent a pool of workers who can’t find work, or can’t find a full-time job or have given up altogether.

“The statistic that stands out is the number of people who have been unemployed for 27 weeks, that’s six months or longer. That number stands at 1.4 million as of January,” says Ellen Hughes-Cromwick, senior economist and interim associate director of Social Science and Policy at the University of Michigan Energy Institute, and a member of the WorkingNation Advisory Board. The long-term unemployed account for one-in-five jobless persons in America.

The BLS measures the total unemployed, plus all persons marginally attached to the labor force, plus total employed part time for economic reasons. That number, the U-6, ticked up to 8.2 percent, double the “official” unemployment rate.

“There remains chronic underemployed people who just want a job. There are 451,000 people who are discouraged workers. These are people who have stopped looking for a job and are not even counted in the labor force,” says Hughes-Cromwick. “That number is well above levels we saw prior to the financial crisis.”

These workers and job seekers could help close the skills gap — the need for skilled workers and the lack of qualified workers — that American businesses continue to point to as a problem. As we’ve reported here often, there are a lot of good programs out there working to solve the talent shortage. And as the January report indicates, there are plenty of people available to be part of the solution, with outreach and the right training.

“It is that pool of wannabe workers that local workforce solutions must target and be vigilant in its efforts to help,” according to Hughes-Cromwick.

The latest BLS JOLTS (Job Openings and Labor Turnover) report, released in early January, showed that employers continue to need labor and those workers continue to be in short supply. According to the report, there were 5.9 million job openings in November (the last data available), and 5.5 million people hired. That’s a gap of 400,000 people.

While the report doesn’t spell out the cause for the chasm between supply and demand, businesses continue to complain that they’re not able to fill the jobs because there are not enough skilled workers. This is particularly true in manufacturing, which also has an image problem, and isn’t attracting enough people wanting to be a part of the sector.

The National Association of Manufacturing launched its “Creators Wanted” campaign early last year to convince more people that the “future of work is modern manufacturing.”

“We are intent on shattering the stodgy stereotypes of what manufacturing careers look like,” NAM CEO Jay Timmons said. “Parents and kids across America need to see that modern manufacturing is about creating the future — and giving people not only jobs but also lifelong and rewarding careers.”

The nation’s small businesses have been extremely optimistic about the direction of the economy, but job creation has been slow. Again, lack of skilled workers is cited as the main reason. According to the National Federation of Independent Business’s Small Business Optimism Index published in December, 59 percent of its 325,000 members reported hiring or trying to hire new workers, but 54 percent reported few or no qualified applicants for the positions they were trying to fill — a record high.

Thirty-one percent of all owners reported job openings they could not fill. One in five business owners said the difficulty of finding qualified workers was their number one business problem.

“People Without Jobs and Jobs Without People”

There’s still a disconnect between the skills that workers have acquired through training or experience and the skills that employers say they need to move their businesses, big or small, forward. “Thirty-six percent of people in the workforce — over 50 million people — feel they are underemployed,” according to CareerBuilder CEO Matt Ferguson, speaking at the company’s Empower 2017 conference in Chicago last fall.

“Millions of companies are saying they can’t find people with the right skills. There are people without jobs and jobs without people,” Ferguson said.

Nearly 60 percent of employers have jobs that stay vacant for 12 weeks or longer. Ferguson used the forum to call on more businesses to develop on-the-job training and community-based education programs to help close the gap.

A 2018 hiring forecast released in December by CareerBuilder, a recruiting software company, suggested that there may be some movement in that direction. Sixty-six percent of employers surveyed said they “will train and hire workers who may not have all the skills they want but have potential,” while 44 percent said they “plan to train low-skill workers and hire them for higher-skill jobs.”

More training and education programs — local workforce partnership solutions — could help the unemployed and underemployed reach the skill levels needed to help fill the jobs that employers need to be filled.

Join the Conversation: What are your thoughts on the booming job market? Tell us on our Facebook page.