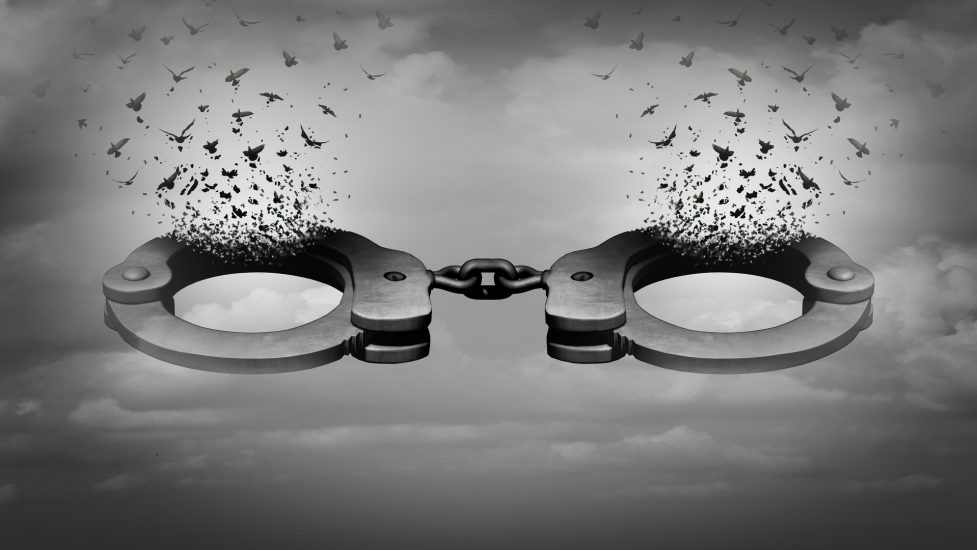 Rufus Williams spent 40 years in prison and upon his release in 2017, the world was an unfamiliar place. “Everything was new. Learning to use my telephone, all the technology. Learning how to use a debit card. Everything was challenging.” With that in mind, Williams’ journey from release to a good job is an amazing accomplishment.

According to Dave Bates—director of transitional employment and reentry services for Five Keys Schools and Programs in southern California—the first two days after release are crucial. “We try to share with the client before they get released that if they’re not connected to a resource within 48 hours, the recidivism rate is much higher. That doesn’t mean they’re working in 48 hours. It means they’re connected to someone. Perhaps that’s a life coach, perhaps that’s a nonprofit, or perhaps it could be an employer.”

Five Keys was founded in San Francisco in 2003 to provide high school education to adults in county jails as part of an effort to reduce recidivism. To date, the program operates in more than 20 county jails throughout California. Five Keys also offers reentry services and runs independent study high schools in partnership with community-based organizations.

After moving into transitional housing in Los Angeles, Williams learned about employment opportunities available through Five Keys. He was hired to work as a Pit Stop ambassador, which according to Williams “provides safe, clean public restrooms.” He says before going to work in L.A.’s Skid Row, he received soft skills training from Five Keys. “We went through a training. De-escalating situations. Interacting with people that might be hostile. How to respond with patience. How not to respond to various situations that could be detrimental.”

While working as a Pit Stop ambassador, Williams was posted in an area where other agencies also focus their attention on the homeless population. When Homeless Healthcare Los Angeles contacted Five Keys about an open position, Williams was an obvious candidate.

Today Williams is employed as a harm reduction specialist. He uses his soft skills to provide peer support to people coming to the facility who might be seeking drug programs, medical attention or counseling. Williams credits Five Keys saying, “The Pit Stop program was the impetus. It was instrumental for me interacting with people on the streets—learning their pain and hurt, and their hopes and dreams, and being able to communicate with them.”

Pathway to a Union Job

Daisy Morales is a project developer with the Worker Education and Resource Center (WERC) in Los Angeles. She oversees a pilot program called PLACE—Prepare Los Angeles for County Employment. Morales says PLACE participants may have experienced incarceration, homelessness, or been in the foster care system.

“The intention is to connect people to high road jobs. High road, meaning jobs that lead to not only good wages and benefits, but also a union job that can really support workers throughout their careers and within the public sector,” Morales says. WERC also helps aspiring trainees prepare for the civil service exam required by L.A. County.

Additionally, WERC provides intensive case management services. Morales says, “When folks come into our program, a case manager starts working with them at the start. You can train folks, but I think another part of workforce that I think we need to include is making sure these participants have someone who they can build a relationship with. Can we link them to someone that can work with them to make sure that whatever services, resources that they need, they’re able to receive? And still be able to go through our training and be ready by the time they get a job.”

WERC collaborates with Five Keys’ participants to provide them hands-on training with different Los Angeles County departments. Morales explains it is important to create training opportunities that can lead to actual employment. “Before you even create any curriculum, any training, you want to start with the jobs—because you don’t want to just train people, have them go through a training, and not have jobs for them at the end.”

Five Keys clients are currently training with the L.A. County Department of Health Services, as well as Parks and Recreation. Trainees in the PLACE program can get their foot in the door through an entry-level position, with the opportunity to advance.

Morales says people with incarceration histories are often surprised that there are opportunities for employment with L.A. County. “Case managers have to work with these folks and help them. Remind them ‘Hey, I hear you. You have a conviction history and it sounds like you’re concerned, but let me tell you, L.A. County is a fair chance employer. So that means you can go through our training, then apply for this job.’”

Employers and a Willingness to Hire

Helping justice-involved men and women successfully reenter the workforce got a boost last week. The U.S. Department of Labor announced the granting of more than $90 million dollars to programs around the country helping the formerly incarcerated make the transition.

“These grants support proactive and comprehensive approaches to engage justice-involved individuals seeking a second chance and a path to rewarding and sustainable careers,” Assistant Secretary for Employment and Training John Pallasch says in a statement. “Research shows early and frequent engagement prior to release from incarceration reduces the risk of recidivism, so these grants are vital to stopping the revolving door of prison from turning.”

The willingness of employers to be a part of the solution is also key.

Bates previously had a 27-year career with the Los Angeles County Sheriff’s Department and saw firsthand the effects of recidivism. He describes himself as “wired to help.” Bates says employers have become more open over the last ten years to hiring people who have been justice-involved. “It’s been getting better—employers being open-minded and really being a little more flexible in hiring this population. I’ve seen it grow. You can quote me on that.”