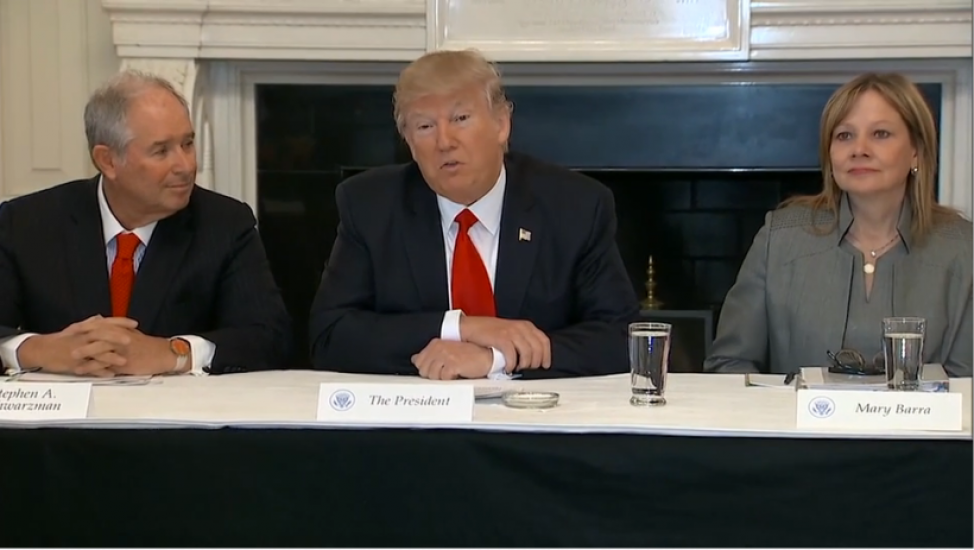 Latest Jobs Report: On the Rise, But Many Workers Being Left Behind

The latest jobs numbers released Friday by the Labor Department, the last under President Obama, set a high bar for President Trump’s administration but does leave areas for improvement.

The numbers came on the same day President Trump convened the first meeting of his CEO Council at the White House.

Here a breakdown of the numbers:

In his first two weeks as president, Trump has made it no secret that he wants to bring jobs back to America. He met with executives from both large and small businesses to reiterate his plan to reform taxes and trade policies, and cut regulations, as well as hear from “the biggest and best minds in the country” on what they need to help America’s workforce thrive.

So far, Trump has centered his focus on globalization and trade to address jobs in America, however, many economists point to automation, technology, and lack of adequate education as the major drivers of unemployment and underemployment in America.

To help us break this idea down further in light of the new jobs report, we turned to Anthony Carnevale, director and research professor at Georgetown University Center on Education and the Workforce:

“As expected, this is a very favorable jobs report. Employment levels increased by 227,000 jobs, very much ahead of December’s gain of 157,000 jobs. The unemployment rate was little changed at 4.8 percent. Job gains occurred in retail trade, construction, and financial activities.

“Though we’ve had over 76 months of consecutive job growth, many Americans are still very pessimistic about opportunity. Trump voters especially don’t believe that they are better off from this near full employment report, and rightfully so. Many African American, Hispanics, as well as working class families are also feeling the pain of lost opportunity. Thus the challenge for the Trump Administration is not to create jobs, since the Obama Administration did that, but to create good jobs.

“This jobs report shows us that the quantity of jobs has increased, but the quality of those jobs continues to leave many Americans behind. The jobs that were lost in the last few years were not taken away by trade, but were eliminated by robotics and automation. The jobs that replace them require at least some college education beyond high school. While this does not necessarily mean a four-year degree, these jobs require some kind of education and training beyond high school with rare exceptions — 20 percent of young men in the trades can still make a decent living with solely a high school diploma. These are the new good jobs. What we’ve lost are high wage jobs at the high school level being replaced with high quality, high skill jobs at the sub-baccalaureate level. These jobs are now requiring postsecondary vocational certificates, test-based industry certifications and associate’s degrees.

“We have not yet confronted the quality issue of these new good jobs head on. We haven’t had this debate since the Carter era when manufacturing jobs were slipping so much that Ted Kennedy was able to challenge Jimmy Carter in the primaries based on a strategy to re-industrialize the country. Kennedy was going to build the economic strategy to get these jobs back through deliberate industrial policy where the government picks winners and losers. We may be heading for a revival of that industrial policy debate. We should be reminded that industrial policy already lost this battle to traditional Republican free market supply side economics in the 1970s.”