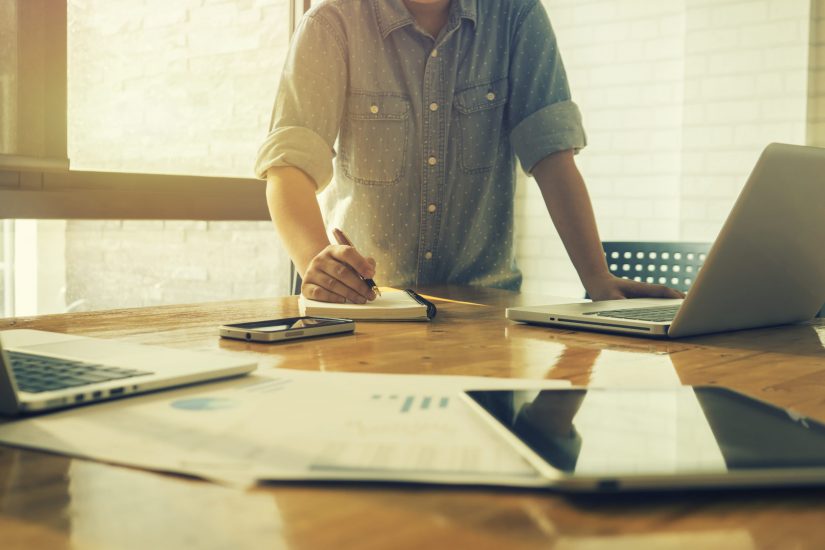 An incredible momentum is building for a sector of entrepreneurs, with little indication of slowing down. It’s great news for Latino business owners; their numbers have grown 34 percent over the last decade, dwarfing the growth of all other United States’ business owners, a comparative one percent.

“We know that Latinos are an important part of the small business ecosystem and they’re going to increasingly become more important in the future,” says Marlene Orozco, lead research analyst for the Stanford Latino Entrepreneurship Initiative (SLEI).

“Certainly as demographic shifts in the country continue, with some estimates of 2015 Latinos being nearly a third of the population, it’s going to be important for us to keep tabs on both the opportunities and the challenges facing Latino business owners.”

Orozco and her team started collecting information about Latino businesses five years ago for the State of Latino Entrepreneurship report. Its 2019 SOLE Report findings are based on a sample of close to 5,000 business owners and related census data.

“Our report last year indicated that eight percent of all Latino businesses are in the tech space. So certainly, this is a growing industry and Latinos are also taking part in the new opportunities.”

What’s behind the growth

Opportunity is the driving force behind the new businesses, not the competitive job market, education level, or English-language skills. The study shows immigrants have a greater propensity to start businesses.

“I think there’s a misconception that people start businesses out of necessity because there’s kind of no other viable employment opportunities, and certainly one could have made that case during the Recession that there were no jobs available, so folks had to be self-employed. But because we see these trends pre- and post-recession, we can rule that out as being kind of the emanating factor or push,” Orozco says.

Women are driving the entrepreneurial push, catching up to their male counterparts. Between 2007 and 2012, Latina-owned businesses increased by 87 percent. While the representation isn’t equal across the board, it’s not far off: 40 percent of all Latino-owned businesses are women-owned, like the agriculture-tech company AgTools, founded by Latina entrepreneur Martha Montoya.

Montoya is also the CEO of AgTools, a California-based startup that combines data, analytics, and an algorithm into a tool that helps farmers, suppliers, and buyers around the world make better business decisions, avoid waste, and impact climate change. While her innovation has been well-received, she says her ability to scale has been limited because of difficulty raising investment capital.

“I have seen fundraising in my past life. I would fundraise 20, 30 million dollars for a mango program in the middle of the jungle without a problem,” Montoya says. “My shock was when I was fundraising for this country, for a business in this country and that’s when I hit the wall. I’m like, ‘Wow, I can’t believe it. I can fundraise for programs in the middle of the jungle and developing countries but I can’t fundraise for a small business here.’ Shocking.”

While the rate of growth is big, the size of the Latino-owned companies tends to stay small, and not necessarily out of preference. Latino companies employ more than 3.2 million people, generating $470 billion in revenue. But that lags behind the average number of employees and revenue of their non-Latino counterparts, meaning an opportunity gap of $410 billion and one million jobs.

Until or unless those investment-generating doors open up, Montoya says the community of minority entrepreneurs can help each other.

“I think that not only for Latinas, but for African-American and Asian women, young women, they should move out of the comfort zone of their own ethnicity and go to wherever the money is,” she says.

“The capital exists, which tends to be in the white world. I started going to those events and started going to all the seminars and all their mixers. Because you start hearing the other side of the story on how to fundraise and how to get funding and how to preach like the people who have the money. Because at the end of the day we can have the best idea in the world and if we have no capital, it just will die, or will never grow, which is worse.”

WorkingNation is hosting a panel on Empowering Latinas Through Education and Entrepreneurship at SxSW EDU 2020 on March 11. Marlene Orozco of the Stanford Latino Entrepreneurship Initiative will be among the panelists.

Read more about all our panels and podcasts coming up at SxSW EDU here.

We’ll be sharing highlights of the sessions in the coming weeks here at WorkingNation.com.

“We need to develop a people-centered, rather than task-centered, economy.”