WorkingNation welcomes Mick Kubiak, a licensed Marriage and Family Therapist as our featured writer for September. Kubiak specializes in parent counseling and life coaching. She is a mother, meditation teacher and lives in Los Angeles. This is the fourth article in the series.

This week, Kubiak shares her personal story of how she was able to let go of entrenched misunderstandings of herself to work less, earn more and do what she loves.

I once heard a Buddhist teaching that any act of self-improvement is an act of self-aggression. I heard this over twenty years ago, when I was an anxious and overwhelmed student at an Ivy League university, and it stopped me in my tracks.

For a moment, my mind went silent, which, it turns out, is the purpose of many meditation practices.

It was the opposite of everything I had ever been taught, but I knew deep down that it was full of truth. I have not always lived by this truth, much to my own detriment, and mostly because I couldn’t figure out how, but lately I find it easier because it’s become clear to me that I don’t have the bandwidth for ”improving” myself anymore.

Cracking the whip has become exhausting, and being the victim of the whip I am cracking, unbearable. The more I get into this bizarre practice of not whipping myself, or being whipped, the happier I am, and – ironically – the more productive.

At this point, I can’t believe I ever thought it was necessary to give myself such a hard time. But for many years, I did!

These days, it is a daily practice for me to lean into the possibility that I don’t need to spend my precious time and energy trying to fix, work on, change, or improve myself. I have actually come to experience myself as a being in no need of intervention.

It’s not an exaggeration to say that this discovery has saved my life and has positively impacted every area of my life, especially the areas of work and money. Before this shift in my perception occurred, I was working way too hard to barely make ends meet and I was constantly on the edge of emotional and physical exhaustion, occasionally crossing over into depression, depletion, and illness.

For better or worse, I pushed myself to the breaking point until I really had no other choice but to do life differently, because it was starting to feel like I might be at risk of losing the option of doing it at all.

I had to go almost all the way to the end of the dead-end road of aggressive self-management before I was willing to entertain the wild option of leaving myself alone and just letting myself be. The more I let myself be, the more I experienced myself as an organic entity that unfolds naturally without pushing or prodding. Many of the qualities I was trying to develop turned out to be innate.

Isn’t it possible that the same invisible intelligence that keeps the Earth spinning and the seeds sprouting can be relied upon to sustain me as well?

RELATED STORY: Disentangling your job from your purpose in life

My former self would have barely been able to entertain this question because she was fully entrenched in a system of thought that perceives the human self as a problem to be solved, an error to be corrected. Or, in its more positive and ambitious version, raw material to be sculpted by effort into something exceptional and magnificent. And so, just as she did when she heard the wise words of a Buddhist nun, she would have paused for a moment and then anxiously scurried off to her next attempt at self-management. All in the hopes that it would lead to validation from some external source or that it might cure her omnipresent feelings of failure.

And if I could have stopped her I would have said, “That’s not going to work! And it’s also completely unnecessary! What you are looking for out there is actually inside you!”

In spite of the fact that I heard this truth many times, read it and even pretended to “get it” for many years, I am only able to see it now because in recent years my body (in its wisdom) has simply refused to support my efforts at self-management, self-discipline and self-control.

It has been in the quiet of recovery from illness, unemployment, the seeming darkness of heartbreak, and in my meditation and yoga practices that my thoughts have quieted and slowed down enough for me to begin to detect the presence of something well beyond my small, egoic concept of self. Out of respect for this

Out of respect for this presence, I don’t try to manage it, or control it or tell it what to do.

I simply enjoy it.

RELATED STORY: On dealing with the shame of unemployment

I had feared that this kind of experience would lead to me becoming static, lifeless, dull and definitely unproductive. This was my egoic self’s confused version of what I thought peace looked like, but to my surprise, this presence – while peaceful and harmonious – is dynamic and compelling. It moves me. Instead of becoming less active and less creative, I have become much more of both–not from a place of making things happen but from a place of allowing things to unfold and just trying to stay out of the way, and support the process.

Instead of becoming less active and less creative, I have become much more of both – not from a place of making things happen but from a place of allowing things to unfold and trying to stay out of the way and support the process.

Most of the effort in this process has been less about doing and more about refraining from doing and focusing my efforts on undoing. It involves recognizing and releasing the ideas and beliefs that made me think for so long that my primary work in life was to somehow whip my flawed and troubled self into shape. It turned out that the only thing flawed and troubled was that concept.

Without it, my self is just fine. I am just fine. And in my view, so are you. So are we all.

Coming Next Month: WorkingNation jobs writer Ramona Schindelheim joins us for her series of interviews with CEOs working to close the skills gap.

Join the Conversation: What ingrained ideas about yourself have you struggled to let go of? Tell us your story on our Facebook page.

Connect with Mick: Via email or by setting an appointment through 310-593-4216. Download the Evenflow app for Mick’s meditation training.

Should you “love” your job? 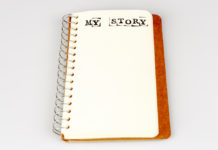 What Story Are You Telling Yourself? 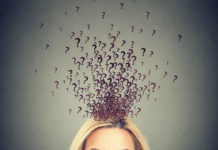 Where are your thoughts taking you?

Should you “love” your job?