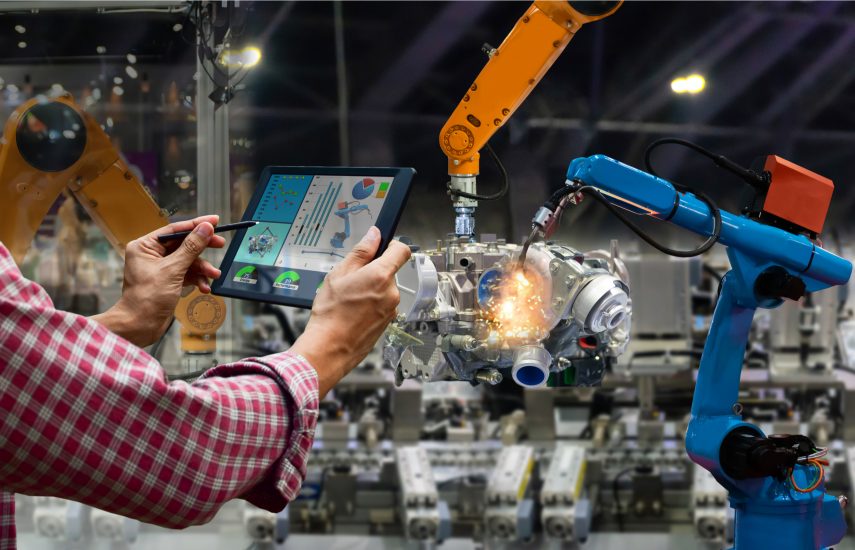 Manufacturing job growth is slowing. After adding 22,000 jobs a month in 2018, the industry has seen that number drop to 6,000 a month this year, as August data from the Purchasing Managers’ Index show that business activity in the sector declined to its lowest level in a decade.

Yes, the numbers could be worse for an industry that lost more than six million jobs between 1998 and 2010. But the slowdown in momentum has sparked a renewed focus on advanced manufacturing and the role of innovation in job creation.

Bruce Kramer, senior advisor of the National Science Foundation’s Advanced Manufacturing program, has seen this scenario play out before — with companies, government entities, and academics taking more of an interest in supporting new technologies and programs to keep the manufacturing sector moving in the right direction.

With the manufacturing sector expected to add 3.5 million new jobs by 2025, educational pathways and training programs are critical to the nation’s prosperity, according to the White House Strategy for American Leadership in Advanced Manufacturing report, which cites community colleges and technical schools as a source for training skilled workers.

The story of manufacturing over the past 50 years is reflected in the ethos at Central Arizona College (CAC), which has worked closely with local industry to create curricula and training facilities ever since opening its doors in 1969. The school’s original Industrial Electricity program eventually became the Semiconductor Manufacturing program in the 1990s, as CAC partnered with Intel and Motorola, among others.

At the dawn of the new millennium, local companies including Abbott Nutrition, Frito-Lay, Daisy Brand, and Ehrmann Dairy joined CAC’s advisory committee to ensure that the school helps students meet or exceed the needs of employers. And this year, CAC revamped its manufacturing focus again, with the newly named Advanced Industrial Technology program.

“We have a strong partnership with local industry,” says program director and CAC professor Pete Lomeli, noting that recruiters rely on the school to recommend students for jobs and internships. “There is a shortage of skilled advanced manufacturing individuals to fill the highly needed positions, with new companies such as Lucid Motors coming into the area.”

Udo S. Cook, a senior technical trainer for Abbott, credits Lomeli and CAC president Jacquelyn Elliott for making sure the school keeps up with the rapid pace of change. “As companies like ours upgrade new equipment and technologies to keep our workforce updated, the college has continued to equip its facilities with the latest technologies,” Cook says.

CAC received a $650,000 grant from Arizona Gov. Doug Ducey to enhance its manufacturing program, which is based on standards set by the National Institute for Metalworking Skills (NIMS), a nationally recognized curriculum for establishing industry credentials.

“NIMS was chosen because it meets the needs of all manufacturing industries,” Lomeli explains. “One of the many benefits of using the NIMS curriculum is that students may test for a nationally recognized certification.”

At Bucks County Community College (BCCC) in Newtown, PA, 98 percent of students in the Metalwork Training Program and Industrial Maintenance Training Program are able to enroll for free through grants from the Bucks County Workforce Development Board and the Pennsylvania Department of Labor and Industry. The programs are a collaboration among the college, the state government, and local businesses.

“Manufacturers were concerned about their future pipeline of talent due to an aging workforce, and the fact that very few people over the last couple of generations entered the industry,” says Susan Herring, executive director for BCCC’s Center for Workforce Development. “The collaboration began with about 20 local employers, and now has grown to over 80 employers in the region. The curriculum was designed in partnership with them to prepare students with the skills necessary to fill entry-level machining positions.”

Mateen Afzal, general manager of PDC Machines, emphasizes how crucial the relationship has become. “In our industry, it has historically been challenging to find skilled trade workers,” he says. “In addition, when we did hire, it took a significant amount of time to train them on the job. Through our partnership with BCCC and the advanced metalworking program, we now have a source to hire high-quality, well-rounded individuals who have a solid foundation of knowledge across different disciplines. It has significantly reduced the upfront training time spent on the floor with our frontline supervisors — and, more importantly, elevated the talent pool of our company.”

Students who complete the 12-week training can start in a job that pays $15 to $22 an hour. So far, 250 students have graduated from the programs, and Herring notes that job placement is more than 90 percent.

“From the beginning, the job placement rate was very high,” Herring says. “The demand for workers with these skills is so great, that for any given cohort, we may have 10 students graduating and more than 20 companies with multiple openings. It’s a win-win for the job seekers and families, the manufacturing companies, and the community as a whole.”

Local businessman John Shegda has seen those wins first-hand. “I look at this program as significantly more than just training, but as a pipeline into the industry,” says Shegda, owner and president of M&S Centerless Grinding Inc. and Meron Medical. He also serves as president of the local chapter of the National Tooling and Machining Association, which recognizes BCCC’s programs as a feeder into its pre-apprenticeships. “I like that employers are engaged in recruiting students, developing curriculum, and hosting company tours,” Shegda says. “There has been engagement along every step of the way.”

Elsewhere, some companies have taken their training in-house. Milwaukee-based Rockwell Automation launched its own groundbreaking Academy of Advanced Manufacturing in 2017, through a partnership with ManpowerGroup. The goal is to upskill 1,000 veterans a year for technician jobs in instrumentation, automation, and controls.

Back in 2009, when Toyota’s North American Production Support Center in Georgetown, Ky., faced a shortage of workers, the company created Toyota AMT in partnership with Bluegrass Community and Technical College. The Advanced Manufacturing Technician program enables high school graduates a chance to work at Toyota while earning an associate degree. Classes are two days a week, and students spend three days working at the automaker’s manufacturing facility. Since its launch, Toyota AMT (the subject of a WorkingNation Do Something Awesome documentary), has expanded to 27 community colleges in 11 states, and 300 companies have adopted the model.

Toyota’s commitment to training was recently honored at a White House celebration marking the one-year anniversary of the Trump Administration’s “Pledge to America’s Workers” initiative. Toyota has trained nearly 18,000 people since March 2019, as part of its plan to create 200,000 Pledge opportunities over the next five years.