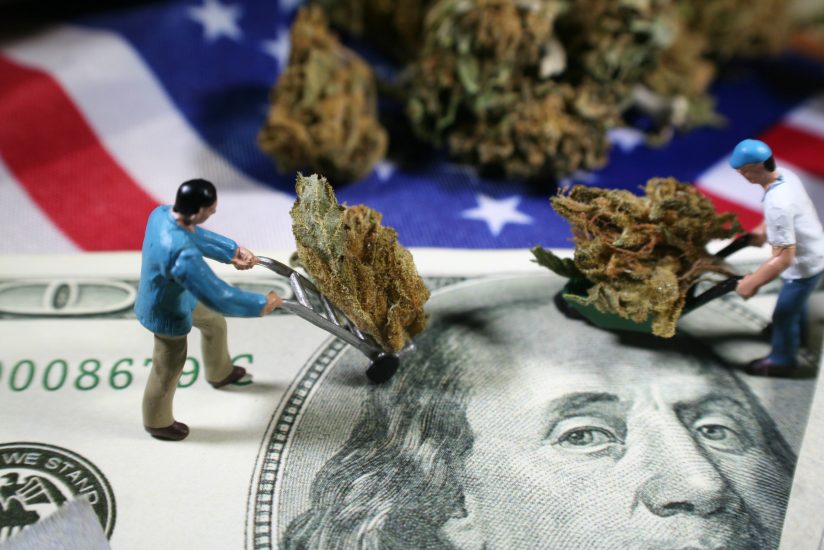 Marijuana is a high job-growth industry

On December 1, the first retail stores selling cannabis opened its doors in the state of Michigan. Illinois starts allowing the sale of the drug on January 1. In all, recreational marijuana use is legal in 11 states and the District of Columbia. Thirty-three states have legalized it for medical use. And with more than 66 percent of Americans agreeing that the drug should be legal, more states are sure to follow.

While the federal government doesn’t track it, Leafly and Whitney Economics estimate that 211,000 full-time jobs have been created from legal cannabis. According to its 2019 report, 64,000 of those new jobs were created just last year and 20 percent more jobs are expected to have been added by the end of this year.

To put the impact in perspective, the report compared a Bureau of Labor Statistics list of the fastest-growing employment figures to cannabis-related jobs. “Opportunities for home health care aides are expected to grow 47 percent. Openings for wind turbine technicians are expected to increase by 96 percent. The need for solar voltaic installers is expected to grow 105 percent. Those gains are projected to happen over the course of ten years. Here’s the incredible thing: The 110 percent growth in cannabis jobs will have happened over just three years,” the report says.

Cannabis industry is a jobs engine

The growth is “exponential,” according to Morgan Fox of the National Cannabis Industry Association. “With more and more states coming online and deciding to regulate cannabis for medical or adult-use purposes and the increasing professionalism and complexities in industry, we’re seeing growth in all sectors related to legal cannabis production, from the plant-touching business to ancillary businesses that would work with other agriculture commodities.”

While growing and cultivating the product is certainly key to the industry, it’s not the only area of opportunity, says Fox.

“I think that one of the biggest misconceptions is that you have to be in a plant-touching business to work in the cannabis industry. Not the case. Some of the old and eroding stigmas are still around, but largely, in the last couple years, that’s started to dissipate, and it’s a professional and wide field with a lot of opportunity,” he says.

The benefit to local businesses

“A lot of people overlook the fact this isn’t just a job creator in a new legal business, but the cannabis industry is helping to build back industries that are languishing in other parts of the country. And now they’re back and some expanding because of the ability to interact with the cannabis industry,” he says.

“I share an anecdote about a plumber in Colorado who was going to shut down in 2012 but ended up tripling his business in the next few years. This is one of the numerous examples of opportunities available throughout the industry, as well as people starting their own firms or companies to fill particular niches like law firms, marketing and branding, LED lighting — they’ve seen their business grow by leaps and bounds.”

Oakton Community College in the Chicago suburbs recognized that opportunity early on, and fast-tracked what is considered to be the first accredited career certification in the United States. Students can earn a certificate in the Cannabis Dispensary and Patient Care Specialist program. The school assembled an advisory board of industry professionals, regulators, and educators to get the program from concept to student enrollment within one year.

“Mostly this comes from our conversation with the industry and what they have told us repeatedly is that they’re looking for a higher caliber of employee, and one specifically who knows how to understand and work with chronically ill patients, and less of people who are more enthusiasts, is how I’ve heard them describe it. Somebody who understands illness and people with illnesses,” says Dr. Ileo Lott, vice president of academic affairs for Oakton.

“Currently, under the medical cannabis pilot program has pretty loose rules about professional development for dispensary agents or patient care technicians. Dispensary owners try to organize it by themselves by having employees read articles, for example. So, they’re looking for not only well-prepared new employees but also ways to keep current employees up to date,” says Ruth Williams, assistant vice president and dean of curriculum and instruction.

Oakton already has other programs in the medical and health fields and took a similar approach in crafting the curriculum and technical training. Students learn specifically about the marijuana regulations in the state of Illinois as well as first aid, CPR, the history of cannabis, pharmacology, and how to understand and interact with chronically ill patients. None of the classes require contact with cannabis, which is the most popular question potential students ask before enrolling.

“It’s not necessary to handle (cannabis) because besides working with patients, it’s already pre-packaged. Other than understanding what the labels mean, there’s no need to handle the actual products,” Williams says.

Since launching this year, Oakton officials say more than 350 people have expressed interest in the program, 100 students are currently enrolled and about 20 are trying to complete the certificate within 16 weeks. Students who live in Oakton’s district and complete the certificate in one term pay $1,635 tuition, not including books or fees. Classes are all face-to-face except for the first aid and a general business class.

The program has a minimum age requirement to enroll — prospective students must be at least 21 years old — and they must meet all the requirements from the state of Illinois to be eligible for a dispensary agent card. And because it’s a certificate program for which students can earn college credit, the credits can count towards an associate degree and can be transferable for a bachelor’s degree at a four-year university.

“There are individuals in the class with master’s degrees and other degrees who are very interested in pursuing work, business or to collaborate with the cannabis industry. There are those who have high school diplomas as well. There diversity of backgrounds, their reasons for pursuing the certificate are present. It brings a really nice dynamic to the classroom,” says Melissa Mendoza, program chair and professor in Oakton’s physical therapy assistant program.

An industry with job and career potential

Student Pam Lefkowitz has worked in information technology for 25 years. She owns her own consulting firm and says slower-than-preferred business activity led her to the program.

“I went back to school at Oakton with the intention of getting one of the certificates in accounting. I was contemplating working for the IRS,” Lefkowitz says. “In June, Governor JB Pritzker expanded the conditions that were eligible for medical marijuana cards in the state. When I was looking for the site to apply for a card, the link for the program at Oakton popped to the top of my list. I won’t lie, I was stunned. I immediately went and logged in to my account to register for the program.”

Even though the prerequisite class was full at the time, the 59-year-old says she repeatedly checked the registration site and fortunately, a spot opened up after another student dropped the class. The last time she took a science class, she says, was 1977. Lefkowitz calls the program an opportunity to refresh and support the legalization of cannabis.

“I fervently hope that I can open a dispensary but the bar there is pretty high and without previous dispensary experience I don’t know that I’ll be one of the fortunate ones to get licensed. In the meantime, I have mad business and leadership skills and so I am applying for every job that calls for those skills at every cannabis company in the area,” she says.

For Lefkowitz, she’s hoping cannabis will be a pivot in her career or an extension of the one she’s had.

“I haven’t had any luck yet, but I’m hoping that spending the time and money to get the certification will help me get chosen for the dispensary or land a job,” she says. “To be able to work in a field that is socially responsible, that gives me the opportunity to help other people, that allows me and encourages me to work with a diverse and inclusive range of people would be an amazing way for me to write the last chapter of my working life.”

Could marijuana revenue be the silver bullet to fund job creation? 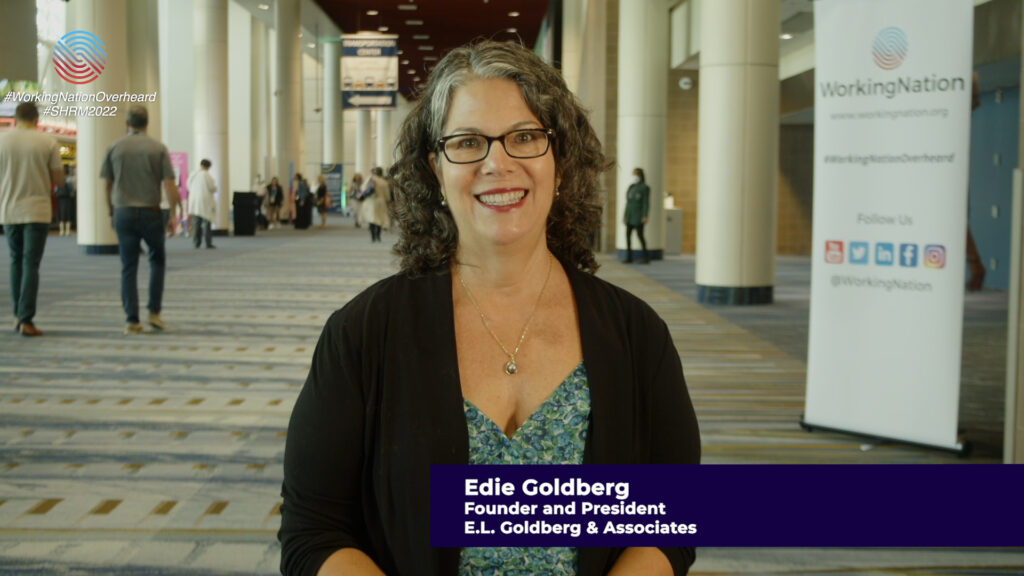 Edie Goldberg on the need to look at certifications