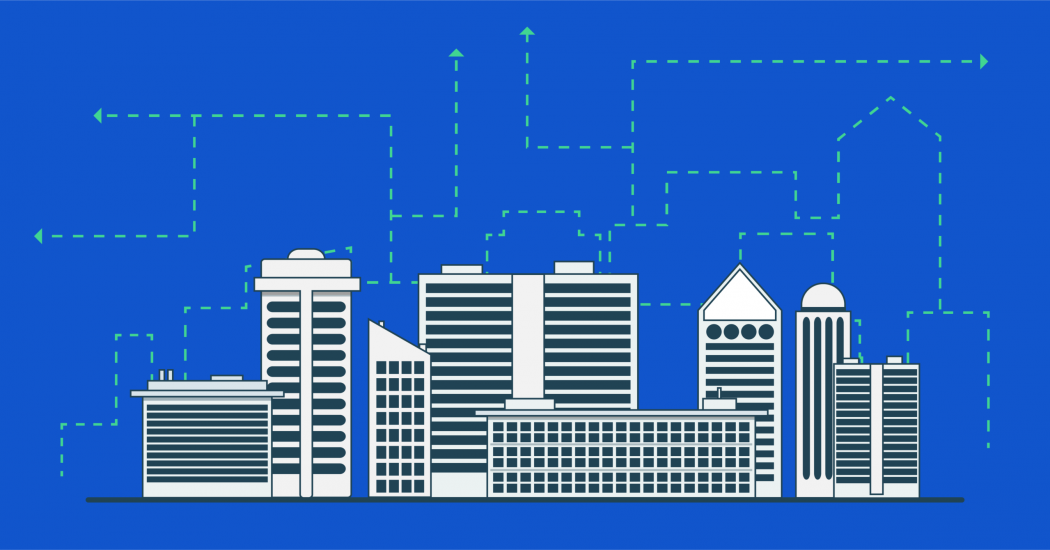 As we move into the final month of 2020, the pandemic continues to change the way we work. As of late October, 36.9% of adults tell the U.S. Census Bureau that at least one adult in their household is now doing at least part of their job from home because of COVID-19. And according to a new report from Emsi, remote work is leading to an accelerated shift of skilled talent out of big cities.

Emsi’s Fifth Annual Talent Attraction Scorecard says that the migration from larger metro areas to more midsize cities is a trend that has been growing slowly, but steadily, over the past decade. Now, that migration out of big cities is being expedited by the pandemic, thanks to the ability for people to work remotely, according to the report.

“Talent is more mobile than ever,” Emsi’s Chief Innovation Officer Rob Sentz tells WorkingNation. Even before the pandemic, an increasing number of jobs requiring digital skills, better communication tools, and rising housing prices in larger cities was fueling the trend out of denser metro areas. The pandemic kicked it all into high gear.

“Jobs that employers once believed could only be performed in an office (or those which employers preferred to be conducted in an office) were forced to go remote. And both because of the lasting health concerns and employers altered views, it appears remote work may remain a large part of working life”, according to the Talent Attraction Scorecard.

Sentz adds that “(Workers) are saying, for example, ‘my company is not even thinking about bringing us back anytime soon. I live in the Seattle housing market and it’s expensive here. My rent’s pretty high. I’m gonna move over to Idaho. I’m going to move down to Arizona. It’s not that you have to be in, say, D.C. to have a great job, or that the companies even have to be there.”

Skilled Talent is Making the Move

Emsi crushes a lot of different metrics to track the communities that are getting the benefit of shifting talent, including demand for skilled jobs, overall job growth, IRS data, and the educational attainment of the population. The goal, according to the Talent Scorecard, is to ascertain whether “communities are moving in the right direction in growing their talent pool.”

“We focus the analysis on skilled job growth, those jobs that require a post-secondary certificate or above, or have long-term on-the-job training. Typically they’re jobs that require five years experience or more. These are more highly-skilled jobs, skilled trades, business jobs, and tech jobs,” Sentz explains.

Emsi also looks at housing searches and U.S. Postal Service change-of-address (COA) data. From February to July of this year, this was a 27% spike in temporary requests and a 2% spike in permanent requests.

Where the Talent is Going

“Some regions do in the long run stand to benefit from the impacts of a post-COVID world. Midsize metros have already been gaining ground in talent attraction,” the report concludes. “The pandemic will require major strategy shifts to keep the momentum going…or capitalize on the new trends in talent migration.”

Counties with populations between 250,000 and one-million make up more than half of the nation’s Top 100 in this year’s scorecard. Counties in Florida and Texas dominate the Top 10.

The report calls out the strong showing by Maricopa County. “Expansions such as Intel’s Fab 42 plant, which created 3,000 new jobs, continues Maricopa’s growth as a leader in advanced manufacturing and semiconductors. Such investments also fueled their 18% growth in skilled jobs.”

The report adds “it is reasonable to assume Maricopa is benefiting from a feedback loop: existing talent attracts firms and investment, which in turn attracts more talent.”

“What’s interesting is the last recession pushed so much of the job discussion, and so much of where people wanted to be, into 10 major metros, right? You had Seattle, San Francisco, Los Angeles, New York, D.C, and even Austin and Nashville. This situation has changed so much of that,” says Sentz.

“This year, it looks like the trend of getting away from fairly congested, expensive places has been happening specifically for talented, younger people. A lot of the jobs have already started to move that way. And this is basically COVID 19 has accelerated the move to less congested, more cost, effective places.

“Employers need to be able to adapt to that and then also realize you don’t need to be part of the skyline in order to find more and more talent willing to move to more obscure places, or at least America’s second cities.”