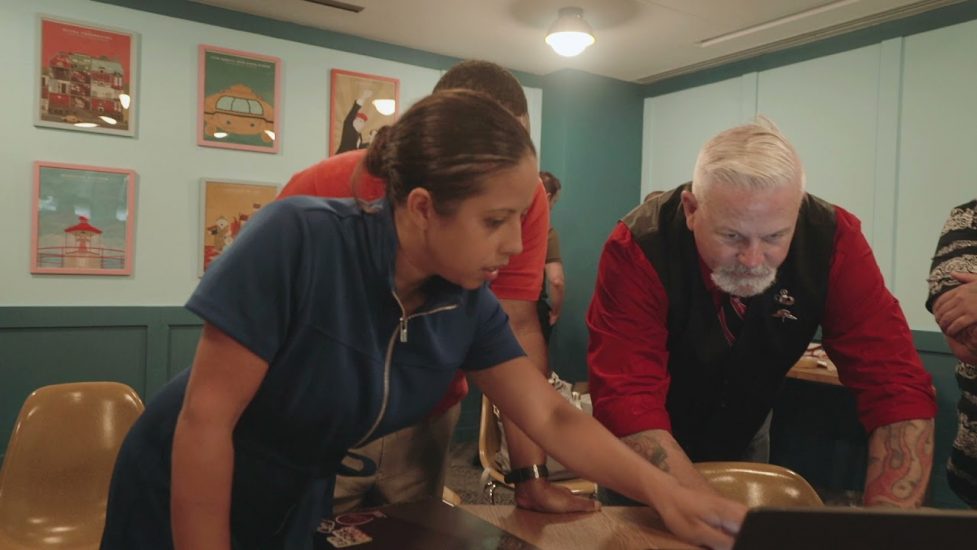 A new partnership between nonprofit Bunker Labs and JPMorgan Chase Commercial Banking will provide support to 43 military-connected entrepreneurs, offering them guidance via education, networking, and mentorship over the next 12 months.

The inaugural cohort of business executives taking part in the CEOcircle program was selected after undergoing a thorough evaluation. The participants come from an array of industries including health care, data and IT, staffing and recruitment, and restaurants.

Bunker Labs and JPMorgan Chase looked at past and projected future growth, and business strategy. Varying in size, the 2021 projected revenues among the cohort members range from $1.5 to $150 million. The average projected earnings are $13.9 million.

Blake Hogan is CEO at Bunker Labs and served in the U.S. Marines Corps. He tells WorkingNation editor-in-chief Ramona Schindelheim that the military-learned skills that veterans obtain during their service transfer well to entrepreneurship.

“Ultimately, entrepreneurship is very counterintuitive, right? You know you want to create the ugliest, cheapest, fastest thing. You can get it out in front of people. Have them tear it apart. Tell you what they don’t like about it and what they like about it,” says Hogan.

“And then quickly iterate on that so that you can get something to market that somebody loves and will pay for. Military experience, whether in uniform or as a family member, prepares people for that in a way that is unlike many other things that you could do.”

Hogan says, “We want to close the ecosystem gap, meaning that as soon as you land in Dallas, or Columbus, Ohio, or San Diego, you can immediately connect to a local thriving network that’s also nationally plugged in. What we realized is that the challenge here is not about aptitude. It is professional networks.”

Bunker Labs has established communities in a number of cities around the country to help boost that social capital.

He continues, “Most folks are not entrepreneurs. They’re going to tell you, you’re crazy. And what we’re going to say is keep your day job, build your dream job.”

You can watch the full interview with Hogan, and read, watch, and listen to more stories about Veterans and Work in our digital magazine, Inquire Within.