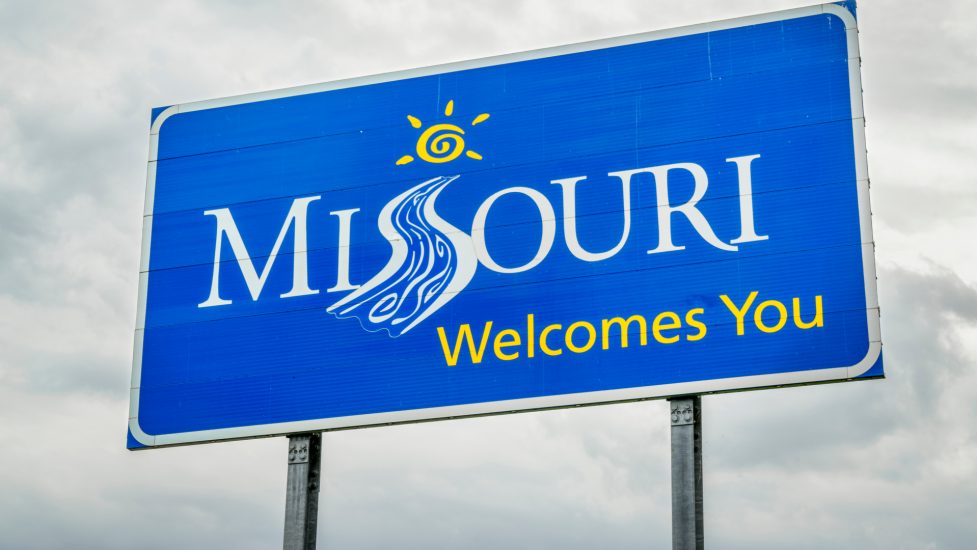 Missouri has shifted into jobs recovery mode, today announcing it is offering free online classes to help unemployed residents skill up and get back to work.

The Missouri Department of Higher Education & Workforce Development has partnered with online learning platform Coursera to give unemployed Missourians free access to 3,800 courses to help them “develop the knowledge and skills to become re-employed,” according to a statement from state officials. Residents have until the end of September to sign up, and will be able to take the courses and earn certificates through the end of the year.

Nearly 300,000 Missourians are still out of work and filing for unemployment benefits. The free training is part of the state’s new Return Strong Missouri initiative. “(The initiative) is really focused on two things—reopening our public workforce system safely and responsibly and helping Missourians skill-up and get back to work, ” explains Mardy Leathers, director of the Missouri Division of Workforce Development.

The state began reopening some of its 30 job centers last month with social distancing and other health guidelines in place. “As you can imagine, we’re having to pivot and change all of our bricks and mortar facilities to install plexiglass and make sure there’s social distancing guidelines in place and collect PPE and hire cleaning services,” he says. More centers will open this month and some staff will continue working remotely to serve customers who prefer to get assistance online or by phone.

Traditionally, community colleges and other commercial trade schools and programs have been sources for training, but because of COVID-19, most have been forced to put their programs on hold for the time being. Because of this, Return Strong Missouri is focusing on on-demand, virtual training as other forms of training are phased-in. In addition to Coursera, the state is expected to partner with programs offering online IT training and project management training.

“There’s a lot of middle-skilled Missourians who are now on unemployment who have never interacted with the public workforce system before and probably never desired to, but now they are part of the system,” explains Leathers.

“They’re no longer in a safe spot and now need help. Helping them pivot and skill-up so they can go back to work stronger or find a new role, is really our goal.”

One way to upskill is through a combination of classwork and on-the-job training. Missouri ranks second in the nation for new and completed apprenticeships focusing on jobs considered to be family-sustaining in industries such as information technology, advanced manufacturing, health care, education, and corrections.

Leathers says the apprenticeship approach took off in the state after industry, education, and civic leaders—who had been working in silos—began working together to solve local workforce needs. “Nobody disagreed that they weren’t talking, but no one understood why they weren’t talking. It was something that was just happening,” he says. “I think the impetus was pretty incredible and led to us thinking about these things in a very different way, in a more connected way.”

One of the newest programs is the Patient Care Technician Apprenticeship. “It is our bridge to those patient care roles that are on a more sustainable pathway to a long-term, stable health career. We’re bringing people in who might be temporarily patient care techs, but they can immediately start building themselves up to what’s next,” he tells WorkingNation.

“It’s not the silver bullet solution, but it’s one way in which we’re trying to mitigate the impact of a massive need of healthcare jobs, but those jobs being low-wage, low-skill. We’re developing skill sets with individuals so that can move up in the (health care job) pipeline.”

A Path to New Career Opportunities

After high school, Rucha Shukla started college thinking about a medical career, then switched to pursuing a business degree. She landed a job in digital marketing after graduating, but says it wasn’t what she expected.

“I discovered that actual marketing is very different than what I was taught. The education I received in college and the actual job were two different things,” Shukla recalls. “I didn’t really enjoy what I was doing and couldn’t see myself doing it for the rest of my life.”

She volunteered at a hospital, thinking that a job as an occupational or physical therapist might be a better fit. Then, she discovered the state’s workforce development department and the apprenticeship program. She found herself shifting her focus entirely to IT.

“I’ve always liked technology, but when I was in college I thought computer science would be too hard for me because I wasn’t really a math person,” she says. She credits the Missouri workforce development team with putting her on the right path. “They were adamant that anybody can do this as long as you put your mind to it, as long as you study and work hard. They helped me learn how to work with people and work in corporate environment.”

Shukla is now six months into a full-time, paying apprenticeship with the Oakwood Systems Group, an IT consulting firm where she is learning the business of IT, such as service level agreements, statements of work, and client services. It’s not what she expected in a tech role.

“I would honestly say it’s more people-oriented than technical, so that’s something I never would have expected. But it’s something that I really love about it. I get to work closely with my team on projects and then at the end of the day, it’s about helping people. I really like doing that,” she says.

While Shukla’s future isn’t locked up—there’s no guarantees after her apprenticeship is complete that she will transition into a job at Oakwood—she is confident she is on much better footing for a variety of opportunities that she wouldn’t have had without the state’s workforce program. “If there’s one piece of advice that I would really like to give to college grads, or just people who are looking for a career, is you’re never stuck in life.”

Upskill for the Future

Helping Missourians find new paths is the goal, says Leathers. “This is our time. This is why we exist. This really is our Depression-era, New Deal moment. Yes, it might sound hyperbolic, but that’s the reality. This is deep, and this is going to last a long time,” he says.

“Get a new skill and some credentials, in the meantime. If you have to change careers, then there’s an opportunity for you to better prepare yourself. That’s our big push.”