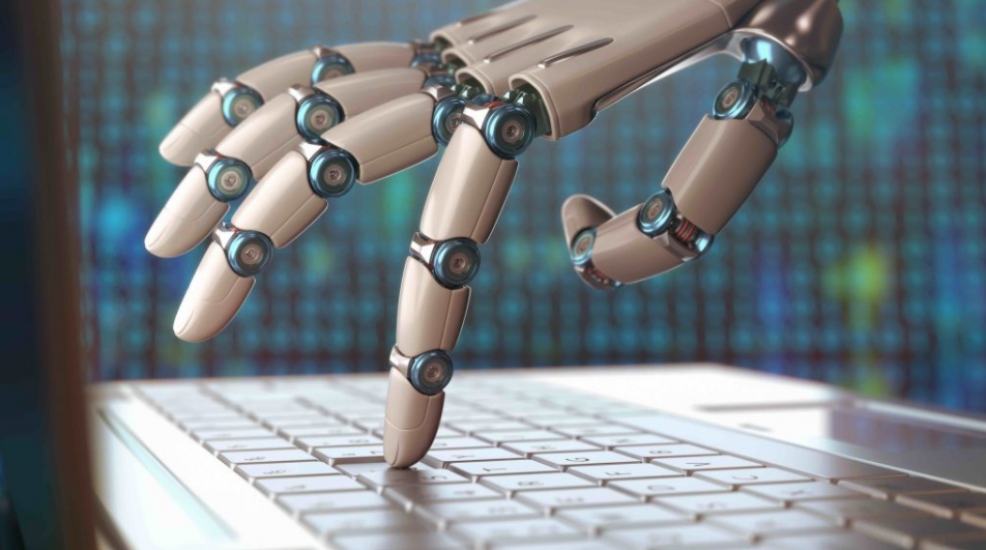 Will Technology That Is Helping Us Do Our Jobs Better Eventually End Up Doing Our Jobs Altogether?

When he speaks of Jill Watson, Ashok Goel, a professor of computer science and artificial intelligence researcher at the Georgia Institute of Technology, exhibits unmistakable affection. But she is not just another grad student. Jill is the AI teaching assistant he deployed for the first time in his graduate course, Knowledge-Based Artificial Intelligence, this past spring.

“She’s not a chatbot,” he emphasized in a recent interview.

The distinction is a meaningful one, given the disastrous debut earlier this year of Microsoft’s Tay, the artificial intelligence Twitter ‘bot that quickly learned from conversations on social media to tweet racist and sexist remarks. Chatbots will give an answer regardless of whether or not they have a good answer.

“If Jill doesn’t know the answer, she keeps quiet,” Goel said, sounding like a proud parent.

Goel created Jill to shoulder some of the routine workload of his nine human TAs, who face up to 10,000 student questions each semester posted in an online discussion forum called the Piazza. But Goel said she was also an experiment: Could his team of engineering researchers make Jill so convincingly human that his 300 students couldn’t tell the difference between her and the flesh-and-blood TAs?

The answer was yes. At the end of the semester, students were “uniformly wowed” to find out that Jill wasn’t a real person, Goel said.

She “just seemed like one of the TA’s,” said Eric Wilson, a software engineer working on his master’s degree.

Jill reminded students of assignment deadlines and used slang and colloquialisms such as yep, sure, and y’all. (“We’re in the South, after all,” Goel noted.) Students had envisioned her as a “friendly, Caucasian 20-something on her way to a PhD.”

Most important, Jill was very good at her job, answering questions with 97 percent accuracy. True, she was dealing with only a narrow subset of questions culled from the collection of frequently asked questions on Piazza, which comprise 13 percent of the overall questions that TAs field each semester. But Goel hopes to build up Jill’s ability so she can answer 40 percent of the questions by the end of the year.

The benefits are obvious.

“Human TAs have more time to engage in deeper discussions with students” when virtual TAs take on basic, oft-repeated questions, explained Lalith Polepeddi, a TA for the spring class.

Still, Jill forces us to grapple with a question that already concerns some futurists who research AI—will the technology that is helping us do our jobs better eventually end up doing our jobs altogether?

A recent report from The World Economic Forum predicts that robots and software will replace humans in 5 million jobs in 15 major developed and emerging economies by 2020. Software engineer Martin Ford, author of Rise of the Robots: Technology and the Threat of a Jobless Future, believes that by the end of the century, the unemployment rate could be 75 percent.

“Trying to predict the unemployment rate roughly 85 years from now is on some level absurd,” Ford said in an email. “However, if anything like the current rate of acceleration persists for another 85 years, the results would be unimaginable. Many AI researchers would say it is a good bet that we might have true, human-level machine intelligence—or even super-intelligence—by the end of the century.”

Jill is a testament to the growing power of machine learning. In 2011, IBM’s machine learning platform Watson beat human players at a game of Jeopardy, and earlier this year Google’s AlphaGo program used machine learning to beat the world’s best Go player, according to Moshe Vardi, a computer science professor at Rice University who researches artificial intelligence and its impact on employment.

“The program played millions of games against itself to learn,” Vardi said. “At the end, you have something interesting—you have ‘intuition’ where you are in a situation, and you know what to do, but if I ask you why, you don’t know how to explain.”

How can that sort of intuition apply to highly-skilled jobs? Vardi gave a non-Jill example of how machine learning and artificial intelligence could affect highly educated university workers with years of training.

His university receives approximately 18,000 applications a year, and a number of trained admissions officers sift through dozens of applications a day over a period of four months. Over many years of reading applications, they’ve developed a sharp intuition for what sort of candidate they’re looking for beyond transcripts, scores and recommendations. The university pays thousands of dollars per year for that intangible recognition, but machines could probably be taught to do the same work.

“We have data in quantities we never dreamed about,” Vardi said of the performance of previously admitted students. “We can apply machine learning to see how the applicants performed, whether they graduated on time, what sort of leadership roles they took down the line. Based on that collective knowledge, robots could select students better than people would.”

As AI advances, Ford believes that some people will be able to successfully transition into non-routine work—truck drivers displaced by driverless cars could supervise self-driving fleets from a control center, for example—but he suspects “a great many others will be left behind.”

Technology should serve humans—not the other way around

Jill’s creator agrees, to some extent, that job losses are coming, but he believes people can empower themselves to fit into the new economy. Goel points out that the creation of the affordable, mass-produced Ford Model T remade the jobs landscape, snuffing out production jobs related to the production of horse-drawn carriages and their accoutrements, and steering people toward assembly-line jobs. It was important to retrain, reframe and adapt in order to stay employable. How can people do the same now?

Goel believes accessible, cost-effective education is one possible answer. That’s something artificial intelligence might actually be able to help with, through accessible online courses and teaching assistants such as Jill who can help individual learners.

Developing soft skills will also be critical. Ford advised that people look for occupations that involve creativity, deep interaction with people, or extreme mobility, dexterity and problem solving. Skilled trade jobs, including those of electricians and plumbers, are also going to be difficult to automate away. Even the most advanced artificial intelligence won’t be much help when a house needs re-wiring or the drain is clogged, nor can they provide true comfort and human warmth to a sick or elderly person.