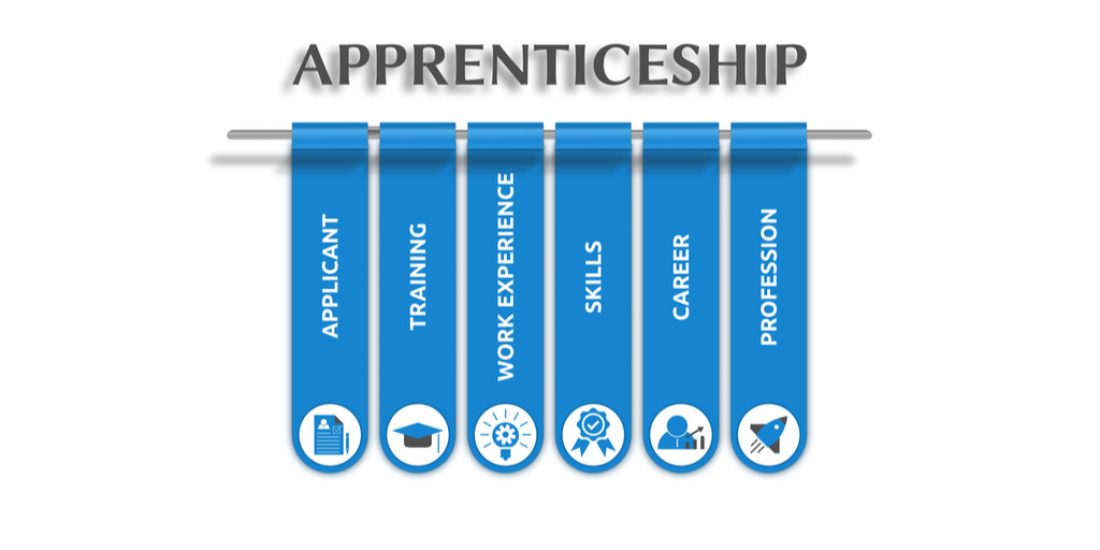 Ohio workforce board sponsors earn-and-learn opportunities across the state

During a time when U.S. workers of all industries and job levels have been affected by the worldwide pandemic, services like career counseling are widespread. Resources like job listings, resume writing workshops, and interview technique coaching can help get people back to work, but not as much as training services like apprenticeships.

Combine those results with the need to solve for skills gaps, the Greater Ohio Workforce Board Inc. (GOWBI) is ramping up its registered apprenticeship program. This is good news for Ohio’s employers, two-thirds of which expressed concern about the growing skills gap even before COVID-19.

“It’s employment right now. Learn while you earn. That’s the really nice piece of it,” says Rocky Rockhold, program director for the Greater Ohio Workforce Board. “Apprentices are individuals who have a job now, and are learning as part of the job, as they make progress.”

The Benefits of Registered Apprenticeships

GOWBI oversees state-run job centers called OhioMeansJobs (OMJ) Centers in 43 of the state’s 88 counties. That includes being the registered apprenticeship program sponsor for employers in those counties.

Federal funding from the U.S. Department of Labor supports registered apprenticeships, requiring job centers like the OMJ Centers to follow strict guidelines when it comes to formal education, on the job training, mandatory hours for both, wages, and the paperwork tracking it all.

GOWBI works with Ohio employers to form and execute their apprenticeships and is the administrative entity for the required paperwork. Apprentices get the chance to learn new skills through the on-the-job training that meets industry standards.

“Many recognize the advantage of having registered apprenticeships. Others are figuring it out: how to make it work, how to complete it and get to market on time,” Rockhold says.
“So, sometimes it’s helpful for us to do the recruitment and meet their needs. Sometimes we can do the training and onboarding, the training related to instruction if (the employer) has got someone internally they want to put through the apprenticeship program. And we can help cover the cost.”

Apprenticeships were on the GOWBI radar three years ago, but it took some time to gain momentum. While the concept was a high priority, it wasn’t until a year and a half ago that the first apprentice started their job.

“The initial challenge was us learning what it took to run a registered apprenticeship program from the administrative side of it. Once we navigated what that looked like, the real tough portion was getting employer buy-in,” Rockhold says.

“People think they want an apprenticeship until they find out you have to do some work. You have to have a plan, you just can’t hire people and train them. We had to get the right decision makers at the table from an employer standpoint, and share ‘This is what we need, this is how we tool-up our industry, this is how we get talent and promote talent.’ Once they buy into that, it moves quickly.” Rockhold tells WorkingNation.

With one in five jobs in their coverage area being in manufacturing, that’s the current apprenticeships’ target industry. The jobs include maintenance engineer, maintenance mechanic, electrical maintenance and tool and die.

Mennel Milling turned to GOWBI’s program to help find employees in these types of roles for its 19 flour milling and bakery mix manufacturing facilities scattered around the state.

“We found that hiring skilled trade off the streets was difficult for us. We decided to develop a program from within so that we could train our employees the Mennel way, get our employees some college credit, a certificate and learn about the field of maintenance within a flour mill facility,” says Amy Davis, Mennel Milling’s recruiter of talent.

“This has helped our company greatly with the difficulties that we are struggling with today on the hiring side. We are investing in our people, which in return, they are investing in us. It makes for a great partnership and long-term relationship together,” Davis adds.

Mennel Milling has three students in its Maintenance Apprenticeship Program. One is already in an electrical maintenance role at top pay after only two years. The goal, Davis says, is to have apprentices move into lead roles in maintenance or even operations within the company.

Finding the available workforce isn’t just elusive for employers. Even with the widespread unemployment due to the coronavirus, Trott says it’s been surprisingly challenging for them too.

“We’re not seeing the dislocated workers. That’s what’s odd about this downturn. We know they are out there, but there’s a lot of job centers that have closed because of the quarantine,” he says. “Normally you’d see that, but the problem is there’s also a lot of difficulty, such as people watching their kids because school is not in session. That’s the odd dynamic in this disruption.”

Expanding to Other In-Demand Industries

Trott says he expects the apprenticeship program to grow and evolve as needs arise. He already anticipates demand in information technology, and in healthcare—specifically roles in mental health and addiction recovery that address Ohio’s opioid crisis. The formation and success of this program is part of a recently uncovered piece of his personal history. He learned his father became a journeyman after serving in the U.S. Navy.

“He worked for 35 to 40 years in that industry. The building trades and apprenticeships have been around for centuries. In 80s and 90s and the first part of 2000, we really didn’t see the kind of investments in individuals from businesses,” he says. “And now, we’re seeing businesses really interested in ‘send us someone who has these skills’ shift to ‘here’s someone ready to work and we’ll train them’. Apprenticeships fit that model nicely.”