Home Originals Optimism On The Rise Among Manufacturers 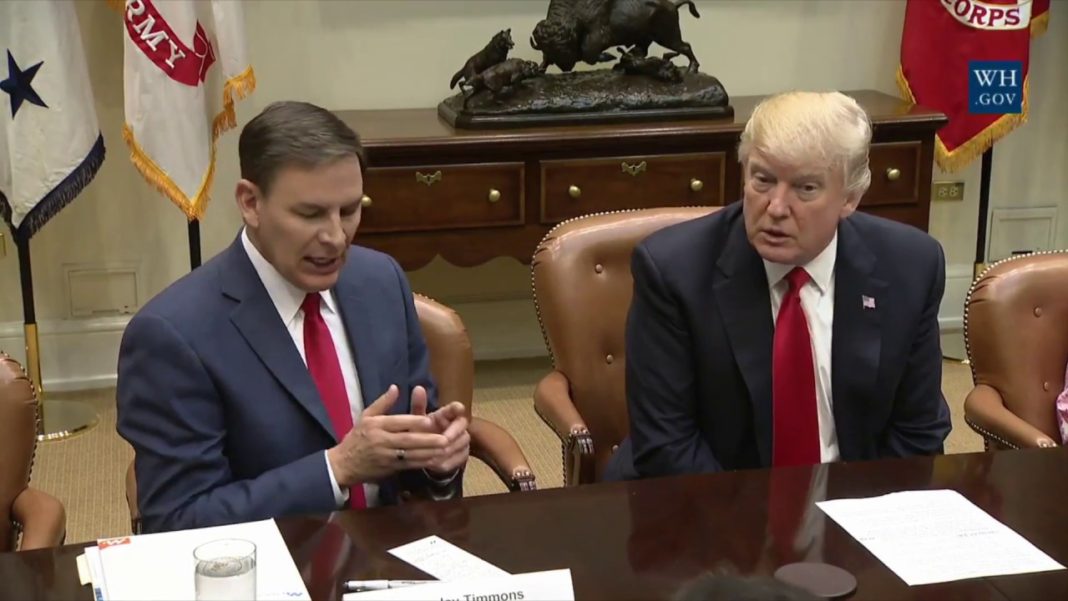 There’s a dramatic rise in optimism in the country’s manufacturing base.

The latest NAM Manufacturers’ Outlook survey shows the highest level of optimism among manufacturers in the 20-year history of the group’s survey, rising nearly 65 percent.  More than 9 out of 10 manufacturers are either somewhat or very positive about their own company’s outlook, up from a little over a half one year ago.

NAM President & CEO Jay Timmons was at the White House along with several other business leaders to share the news and exchange ideas with President Trump.

Timmons and NAM are committed to re-skilling the workforce. In response to Episode Three of WorkingNation’s FutureWork series on Toyota:Model of the Future, Timmons explained how education will be the key to future successes.

“The United States can empower individuals to seize a brighter future in manufacturing by:

Manufacturers are engaged on all fronts—to be the solution. We’re partnering with educators and community leaders on training initiatives. We’re promoting annually Manufacturing Day, when manufacturers open their doors to students. We’re working with government officials to devise policy solutions—and to bring the country together after a divisive presidential election.

Now we need America’s help. We must work together to remain true to our nation’s heritage of striving toward opportunity for all.”