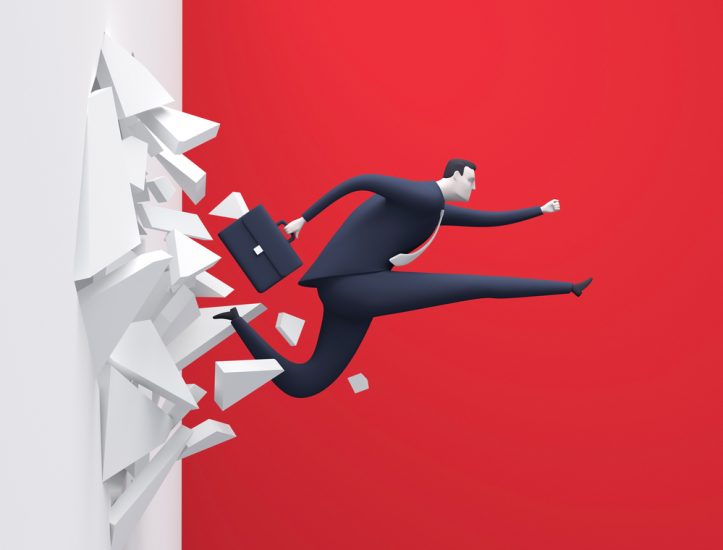 Work Without Limits: Go beyond your ‘limiting beliefs’

I was interviewed recently by the World Peace Initiative from Jordan, and the interviewer asked me about “limiting beliefs” and what I thought they were, how they get started, how they affect us and how to overcome them.

I enjoy the intellectual challenge when the world and WorkingNation ask me to explain or make sense of something, because it allows me to tap into my forty years as a psychotherapist trying to understand and figure out what makes people tick and, more importantly, what holds them back from the great lives they want.

A limiting belief is a result of internalizing three kinds of responses to upsets or aspirations you experienced as a child and usually from your parents. But they could also come from anyone living or working in the house where you grew up.

This was when your parents (or others in your home) told you everything that hurt or upset you was your fault.

A good friend of mine who grew up in a trailer park to pill abusing parents told me the story of it being Christmas Eve and being excited about Christmas. His mother said, “Well if you pray, I’m sure Santa will be good to you.” He stayed up most of the night listening for movement placing presents under the tree and heard nothing, but still figured he’d wake up to gifts.

The next morning, he ran downstairs and saw nothing under the tree. His mother responded with, “It’s your fault. You didn’t pray hard enough.”

Another form of this is dashing your hopes and dreams or even your thinking. I remember another person telling me that whenever she brought up something that her father and mother didn’t understand they would respond with: “What makes you think you know anything about anything?”

Your Limiting Belief: When you say to yourself, “It’ll never work because you’re too stupid,” “If you messed up it’s all your fault,” “You’re a loser,” and/or “Don’t even try!”

This happened when your parents were so preoccupied or self-absorbed that they were never available if you went to them. When you were upset, they’d say, “Don’t worry about it,” or make you feel that any of your problems — and you — were a burden to them. They’d deeply sigh as if they were saying in a heavy tone, “Okay… now what?”

Your Limiting Belief: When you say to yourself, “It’s too much for you to handle,” “You’re setting yourself up to be disappointed,” “If you blow it, it’s all up to you to deal with it and you probably can’t, so don’t even try.”

This was when your parents gave you everything you wanted without your earning it, bailed you out of the consequences of your actions and always blamed others for mistreating you.

This often would lead to your feeling entitled to things you didn’t deserve as well as allowed to being let off the hook whenever you messed up. In essence, you were spoiled rotten and would have a very rude awakening when you went into the world that treated you as a spoiled, entitled brat.

Those three continuous experiences from your childhood could cause you to have the following limiting beliefs that you might have and that limit your life.

Your Limiting Belief: You say to yourself, “It’s everyone else’s fault,” “It’s not fair,” “Don’t look at me,” “You owe me.” Some martyrs may put up with your attitude, but the rest of the world doesn’t.

How to overcome limiting beliefs

It’s pretty hard to do that while you still live under the same roof of people who have power over you and who you are dependent upon. However, you can begin to overcome these beliefs when you are upset or have lofty ambitions. Begin to let in the positive, caring and compassionate responses you might receive from a teacher, mentor or coach.

When they see something special in you that is not just about a talent or skill you have but about your being a good, caring, kind and courageous person. Perhaps one of the most healing responses they can have to and with you is when you feel they enjoy you for who you are (unconditional) and not just for what you do (conditional).

Why is feeling enjoyed like that so helpful and healing?

Because children who grew up in an atmosphere of either/or, or even both, criticism/abuse; neglect/absence often feel as if they were a burden to their parents. Ironically, many of those children compensated for not feeling supported in an unconditional manner by becoming over-achievers, because that gave those parents something to brag about. But over time, such individuals who felt they always had to perform (and never mess up) to get approval, come to find it empty and can even begin to feel used by others to live vicariously through them. That can lead to resentment and bitterness.

While we’re on the subject of bitterness, what about the child who grew up indulged and spoiled?

In those cases, a caring and properly (non-indulgent) loving teacher, mentor or coach may not be able to penetrate, because as mentioned before, they too often are spoiled rotten.*

* On some occasions I have been able to convert an overly indulged/spoiled child into a solid adult. That has been when I have been able to identify a truly exceptional talent/skill in them and have told them: “I will do everything I can to help you turn that talent/skill into a great life that you can be proud of and where you honor that talent… but at the first sign of you resorting to the ‘spoiled brat’ part of your personality, I will fire you.”

Join the Conversation: Tell us your thoughts about Dr. Goulston’s latest column on our Facebook page.