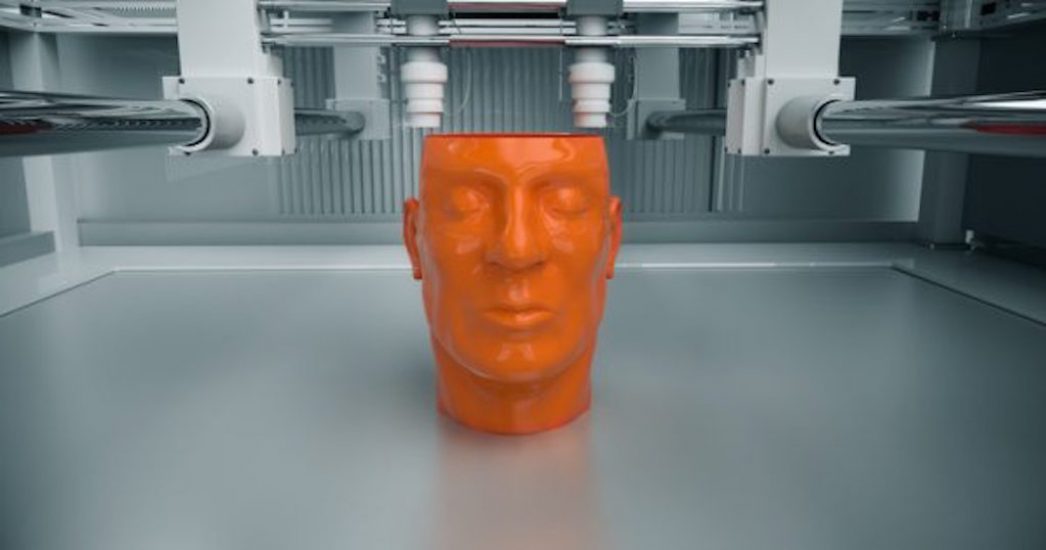 How did Aidan Leitch score an internship at a Brooklyn robotics company that helped design a spacesuit for NASA while only a high-school freshman? Simple. He went online and taught himself the skills he needed to pursue his passion.

At first, the passion was video games—Leitch wanted to design his own. But soon, he realized that designing things was more interesting than creating a gaming experience.

“I found I really wasn’t interested in the complex coding side—that was way over my head,” Leitch said in a recent interview. “I enjoyed the 3D design part.”

Leitch began to teach himself how to use computer-assisted design (CAD) software—the same kind of software that tells 3D printers how to make a particular object—to dream up objects with complex geometries. Soon enough, he got exposure to an actual 3D printer at a summer course taught by Vincent Garrison, a design and technology teacher at A. MacArthur Burr Middle School in Nanuet, New York.

Additive manufacturing, as 3D printing is sometimes known, involves laying down thin layers of liquid materials that build up into a specific shape. It’s a more flexible approach to making objects than traditional subtractive manufacturing, which requires cutting shapes out of a solid—a block of granite, say, or a slab of concrete.

By his second summer, Leitch was able to create some of the figures he had dreamed up with animation software. He continued to improve his design skills through online tutorials and communities such as Thingiverse and Youmagine, where makers pride themselves on freely sharing their knowledge, ideas, and designs.

After the second summer at Garrison’s camp, Leitch got a 3D printer of his own, and his interests started to evolve from video game figurines to robotics and industrial engineering. In his third summer, he created a vertical support beam that could hold 1,000 pounds of weight.

For the last year and a half, Leitch has been experimenting with soft robotics, creating functional devices out of soft materials with no hard components. He’s created a tiny rubber robot that is less than an inch long and uses concentrated blasts of air to move—no need for a bulky battery or electrical system. Using a similar idea, only with hard components, Leitch recently finished a full-size, 5-foot-tall robot that uses air-powered pistons to move.

“I didn’t see the application for it until after I built it,” Leitch said. “You could use it in situations where you can’t normally send robots, like hazardous materials cleanups. You can’t use regular robots in that situation because the electronics systems can create a spark and that can be very dangerous.”

Much of Leitch’s work in soft robotics has been inspired by Matthew Borgatti, founder of Super-Releaser, a soft robotics design and engineering company in Greenpoint, Brooklyn.

Leitch and Borgatti first became aware of one another on 3D printing and soft robotics forums and met in person at a Maker Faire event, a gathering for crafters, industrial designers, and hobbyists. Borgatti, who is writing a book about soft robotics, asked Leitch to look over his shoulder and try to replicate the projects he was writing about to make sure they were actually doable. This summer, Leitch is working as an intern at Super-Releaser.

“I seldom see young people with as much focus and the discipline to work for as long and as hard as he has on such a narrow topic,” Borgatti said. “He’s been doing soft robotics with a really intense focus for years, and he’s making tutorials practically every day. I remember when I was in high school, I was interested in inventing things and drawing and sketching, but I was all over the place.”

Borgatti, 30, studied industrial design at the Rhode Island School of Design, but says the coursework was more focused on theory than on actually making things. A summer working for a company that worked on special effects for motion pictures, a stint with a mechanical engineering firm that made the sculptures for Burning Man, and various jobs as a designer and instructor all paved the way for starting Super-Releaser in 2013.

The company works on projects for many different clients, including serving as a subcontractor on a NASA contract to design spacesuits, but it’s also developing interesting products under its own aegis. The Neucuff, for example, is a soft orthotic device designed for cerebral palsy patients. Unlike most metal and plastic prosthetics, when slipped over a patient’s arm, the cuff can be adjusted for a perfect fit almost immediately. The cuff, which is connected to air pumps, can read a patient’s muscle signals and discern the arm is having a spasm, which tends to lock up the muscles of the arm and prevent the person from extending it fully. The air pumps can then inflate the cuff in a way that allows the arm to straighten.

One thing Borgatti and Leitch have in common, aside from their love of engineering, is a profound awareness of how the workplace is evolving, especially in the manufacturing industry, where machines and outsourcing are laying waste to thousands of jobs.

“The rapid shift in technology is going to determine the future of markets—especially as manufacturing technology becomes more digital, making it easier to go from a concept on a computer to an object,” Borgatti said.

Borgatti stresses that learning how to work a 3D printer is, in itself, no protection against automation. What will be a benefit to future workers, he believes, is an ability to think critically about engineering problems and adapt to emerging technologies.

“There’s no fundamental law of the universe that says things we consider creative can’t be turned into a computer program or algorithm,” Borgatti said. “The future is teaching people about design thinking and understanding how new technologies fit into that world.”

For his part, Leitch is quick to point out that he has learned everything he knows about 3D printing and design thinking outside of school. That, he thinks, is something that needs to change if more young Americans are going to be prepared for the jobs of the future.