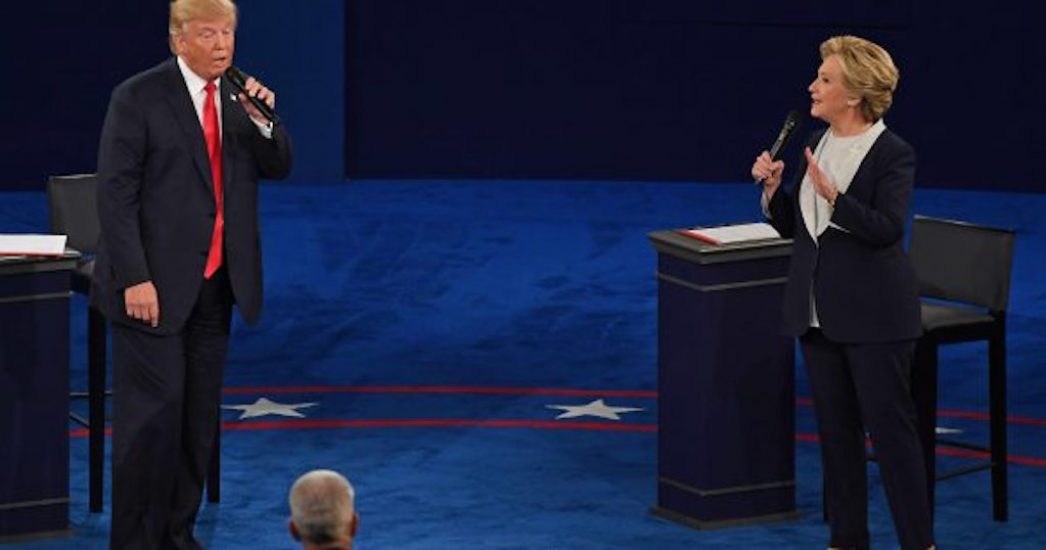 Presidential Debate: But What About Our Jobs?

In the latest ABC News-Washington Post poll, the number one issue on voters’ minds, with almost one-third of the respondents…jobs.

And last Friday, the Labor Department released its latest employment statistics announcing the U.S. economy added 156,000 jobs in September, about 15,000 short of expectations. The employment rate ticked up a tenth of a percentage point to 5.0%, and wages grew by 2.6% over the past year.

The first debate kicked off with a question that indicated that the employment crisis might get the attention it deserves, giving the candidates the perfect opportunity to outline any plans to address the looming crisis presented by structural unemployment. And though the timing would have been perfect, they failed to do so.

So the stage was set for the second presidential debate, a Town Hall format where voters get to ask the questions. It would have been an interesting debate. But guess what, the topic never came up.

Instead, the nation looked on as Donald Trump and Hillary Clinton engaged in recent history’s ugliest, bitterly personal presidential debate.

While accusations and rebuttals were acerbically exchanged about Clinton’s emails and Trump’s sexually charged remarks about women, both candidates truly failed at crystallizing their vision of the country through articulating and defending their plans on policy—including any policy or vision for the future of work and jobs.

During the second debate, voters worried about their livelihood had to wait for the final moments of the debate. When undecided voter Ken Bone asked, “What steps will your energy policy take to meet our energy needs while at the same time remaining environmentally friendly and minimizing job loss for fossil power plant workers?” candidates offered barely a modicum of insight on their vision for the future of employment for this country.

The real winner of the debate, and the dankest meme on the internet!If you’re still confused on why Ken Bone is a great Meme, check out this video…https://…

Trump and Clinton glossed over the complete shifts taking place in the coal and steel industries that reflect the challenges arising at an alarming rate that Americans will face over the future of work. They have one more chance before voters take to the polls to address and debate the biggest crisis facing our nation, so once again we ask, ”What will you do to help and support our nation’s workforce as the future of work changes and how will you protect the future of our families through the future of our jobs?”