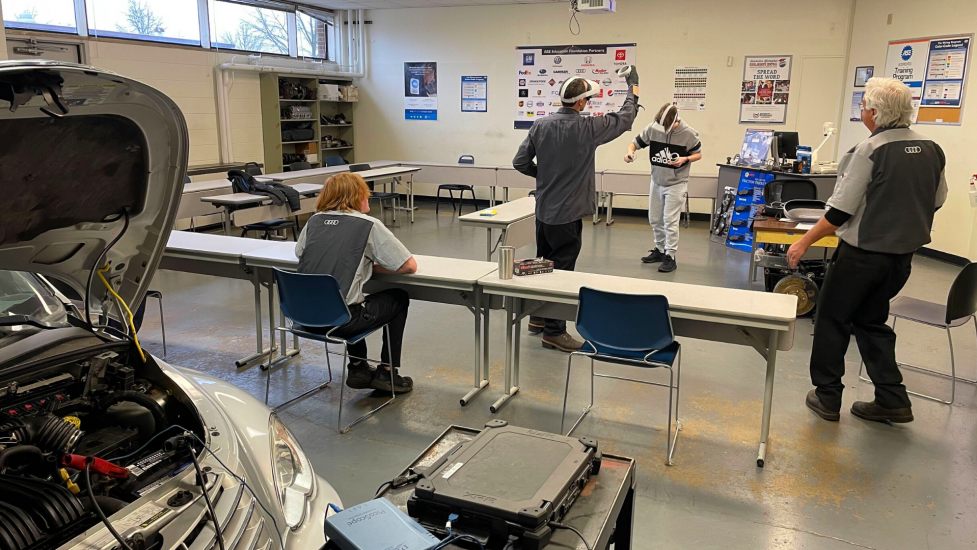 Many in-demand industries in Arkansas can’t find enough skilled workers. In an effort to recruit new talent, the state Department of Commerce is employing technology typically used in gaming to give students and job seekers a chance to discover new possibilities. Virtual reality (VR) headsets distributed to community colleges give users a chance to immerse themselves in the environment they could find themselves in, before they commit to pursuing the education and training needed for the career.

The program incorporates VR experiences created by an economic development platform called TRANSFR, and is the result of a partnership with the Arkansas Office of Skills Development (AOSD) and Arkansas Community Colleges.

“Our economy is niche. Not everyone will get a business degree and go into business. Everyone can be a cog in the wheel – part of a tech piece – and find a job they’re good at. VR for us is a way to get students interested in tech careers earlier rather than later,” says Stephanie Isaacs, assistant director of the AOSD.

The idea to incorporate VR as a form of recruiting to local education programs and industry needs came through a workforce conference, according to Isaacs. During the height of the pandemic, recruiters couldn’t visit local high schools, and students and job seekers couldn’t visit community colleges or workforce development centers.

Enrollments had decreased, while the need – immediate and future – for skilled professionals in the energy, manufacturing, construction, health care, and education industries increased. So, Arkansas purchased 90 headsets to be distributed statewide and 15 community colleges opted in to provide the free career exploration.

“It’s exposing them to careers they didn’t even know about,” Isaacs says. “Our job is to help industries and companies with their workforce.”

The average age for people in manufacturing or automotive is mid-50s. “We need more younger people. Maybe they put on headsets in 10th and 11th grade, and that sparks interest. They go from high school to the working world, or to a tech-type of school, get into workforce and make a really good living,” she explains.

In the virtual reality manufacturing environment, for example, potential students get their first look at the lockout/tagout security system, automation, and controlling robots to move parts and pallets. If, after their VR experience, they’re interested in more information, the host community college can provide that on the spot to show them how to pursue the education or credential.

VR as a Tech Training Tool

Some schools are using the headsets as part of its curriculum, as a training tool. Arkansas State University-Beebe Searcy (ASUB) campus jumped on the VR headsets for its diesel technology program.

“We’re using them as good jumping off point for students who are not as tech inclined, who need to know where to start,” says Charles “Connor” Tate, an ASUB diesel tech instructor.

“It lays out the basics – the personal protection equipment (PPE) for the job, what the job might entail as far as tools and safety devices, and very basic tech competencies such as ‘this is your ratchet. Put it in the bolt.’ It’s introducing them to mechanics and getting them started.”

Tate says he took the course he now teaches back in 2013 when learning was hands-on in the real world, not virtual. While immediately open to incorporating the technology into his classroom, he did wonder how VR could fulfill the hands-on nature of what students need to learn.

But, he says, TRANSFR’s catalog of courses are broad, and it addresses the evolution of the job’s needs, such as electronic troubleshooting. It also enables students to practice in a safe manner, and on vehicles that might not be available in real life to take apart and rebuild at the moment.

“If you never used a cutting torch or a welder before, you don’t know what you’re doing with anything flammable or high voltage,” Tate says. “This is a good way to see the safety steps. It makes sure you got all PPE set before you do anything. On top of that, in VR, we’re in a heavy-duty diesel shop. We might take a starter that’s 40 to 50 pounds and if you’re not aware of the weight, you could crush your hand.“

Third-year diesel student Troy Lee has already earned his certificate of efficiency and graduates next semester with a technical certificate. While serving in the U.S. Marine Corps, he did preventative maintenance on bigger vehicles and decided to pursue a civilian job in the same field.

He currently works as an automotive tech in addition to attending school. He can attest to the how “real” the virtual environment is.

“I had my hands on a table in VR where my tools were set. I’d try to lean on the table, and almost fell over!” he says. “It’s very immersive. I thought really nice way to get my hands on – virtually – some things that I wasn’t able to at my current shop or even in the school shop.”

Tate says students have taken to VR quickly because many are already familiar with the technology and the gaming nature of the courses also serve as an additional incentive as they learn.

“It probably took me longer to get used to them. They’re a lot more tech-savvy. Some have Oculus (headsets) at home,” Tate says. “Once the students got it on, they were able to complete the course and earn medals. The program ranks you on a gold, silver, and bronze system. It gives them that motivation to retake it if didn’t get gold the first time.”

So far, 2,000 students across Arkansas have put on a VR headset and tried at least one module, according to Isaacs. With close to 8,000 students accessing career centers around the state, she acknowledges there are more students to reach.

Another industry they’re working to add for exploration and training is the steel industry, in which they anticipate 500 to 600 open jobs in the northeast part of the state in the next few years.

“The ‘Silver Tsunami’ is coming and all those technicians now in their 50s and 60s will retire. Someone has to fill those positions,” she says.  “We really see VR as our next frontier.” 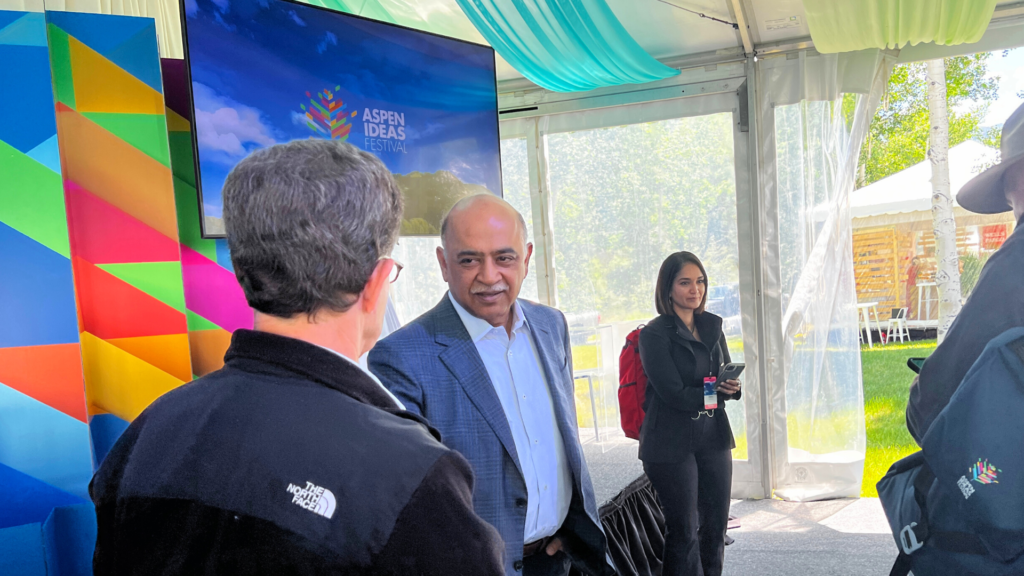 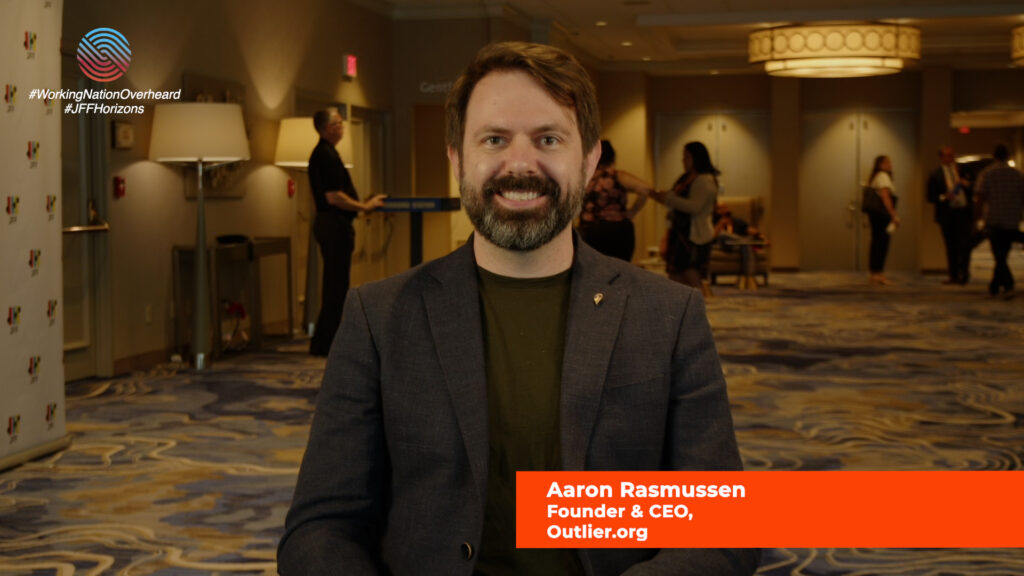 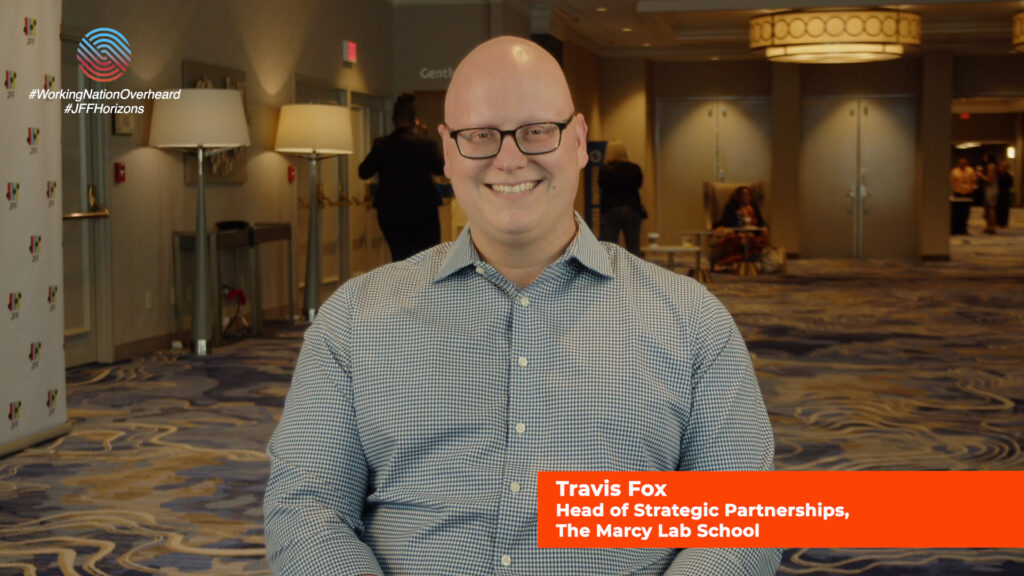 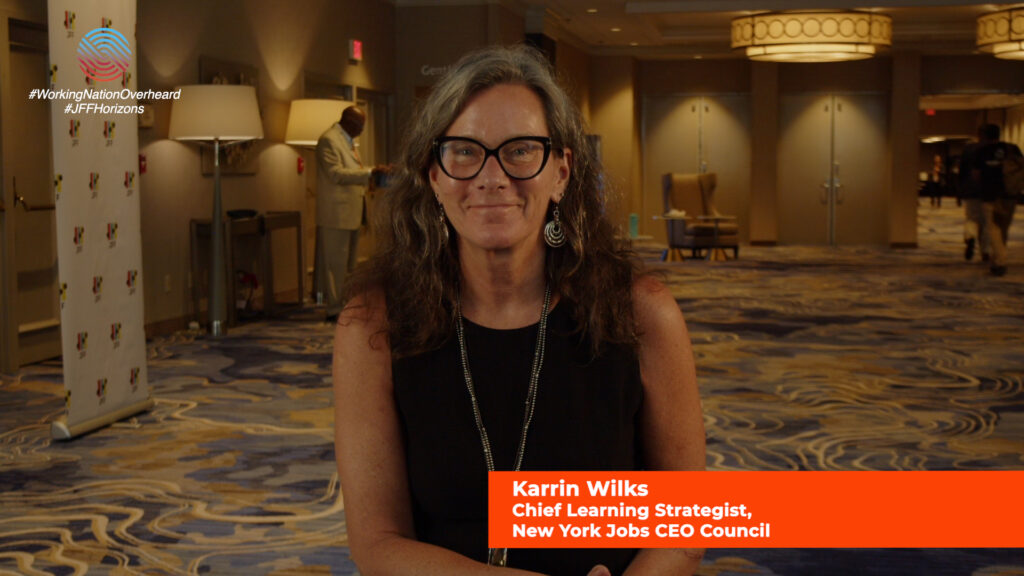 Karrin Wilks on revamping A.A.S. degrees to include paid apprenticeships