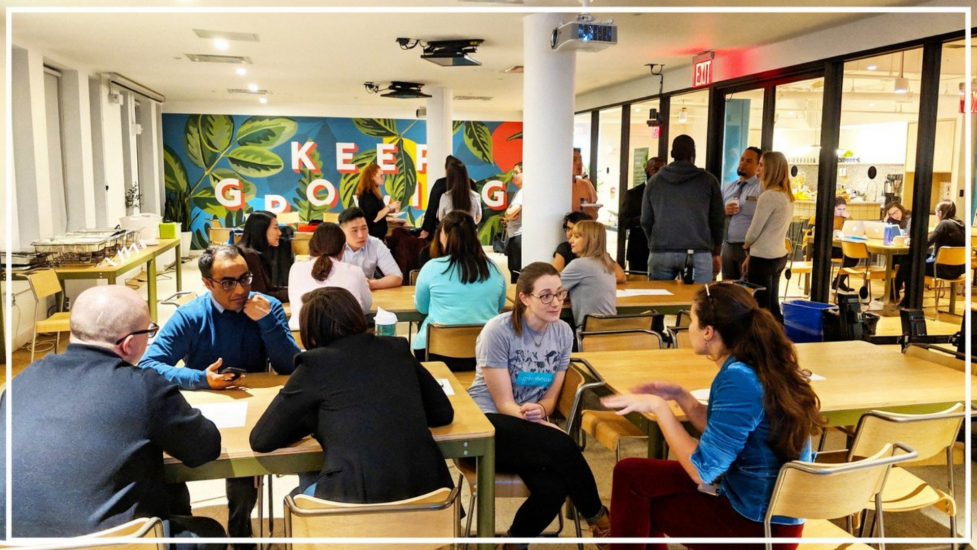 More than 6.1 million Americans are unemployed and looking for work. Another seven million Americans are considered to be underemployed. Broadly speaking, these are skilled workers with low-paying jobs. People working part-time who want to work full time. People with high skills working low-skilled jobs. Or someone who is able to work and wants to work, but has given up looking because they don’t think they have the skills to get a job.

These 13 million men and women are faced with challenges such as unstable housing, food insecurity, limited education, and limited work experience. Finding work — or making the leap from a low-income job to a better-paying job that could ultimately lead to a career — can be difficult for these two groups. In three of the nation’s largest cities, the nonprofit StreetWise Partners is using mentorships to help overcome employment hurdles.

“There’s something very compelling about helping somebody get a good job, right? Because the job is more than just a paycheck. It’s a reason to get out Monday morning. It’s a sense of identity. It’s confidence,” says Shari Krull, the executive director for StreetWise.

Since 1997, the organization has been pairing unemployed and underemployed individuals with mentors — two each — to go through an in-person curriculum that focuses on professional development and building social capital in New York City, Washington, DC, and — beginning this month — Detroit. With the support of 1,500 volunteers and more than 50 corporations, StreetWise has transformed the lives of 7,000 job seekers since its inception.

Krull describes the mentees as first-generation in many ways, including their exposure to the jobs market. “They’ve never written a resume. They don’t know how to network. They do not have strong interviewing skills. Many of them don’t have professional references,” explains Krull. Some of the clients are skilled immigrants who have not been able to translate their work skills from the countries that they’re coming from to the U.S. and have been looking for jobs for some time.

Streetwise Partners doesn’t focus on the hard skills of a job, or mastery of a task for the job itself, but rather the other skills that are often left out of more traditional job training programs. These include competencies such as how to create a resume, a cover letter, a LinkedIn profile, business cards, spreadsheets, and elevator pitches.

Mentees are drilled during mock interviews and practice public speaking. This curriculum is designed to help mentees identify their passions and strengths, communicate effectively, and, by coming in contact with the volunteer mentors, expand their network.

Applicants to the StreetWise program come from community and city colleges, partnerships with hard skill training providers, and as many as 40 percent come from word of mouth. The program is free for all the mentees.

And because the program is specialized and rigorous, requiring five to six hours a week, Krull says not everyone who applies is accepted — applicants who are in school or working and cannot make the time commitment, for example. English doesn’t need to be a potential mentee’s first language, but a strong command of the language and a minimum level of aptitude with reading, writing, and math are required.

Mentees of all Ages and Job Goals

“Each city has sort of its own characteristics,” Krull says. “New York tends to be young adults, 18- to 24-year-olds, looking to get into financial services and the tech sector. A lot of first-generation immigrants and college students who’ve done everything right but still can’t get a job. DC is also going to be an older population. It’s also the underemployed individuals who got a college degree, did what everybody told them to do, and is now working at a drugstore and can’t quite get to the next level.” Krull says the average age for the first group of mentees in the Detroit program, which kicks off this month, will be 35.

For StreetWise graduate Janet Robinson, restructuring at the financial company where she worked for 17 years led to her being underemployed. The Elmhurst, New York resident spent most of her career in product and project management. She was looking for the same type of jobs but was having no luck. Then she heard about StreetWise Partners from a member of her job search group who had found a new career path that she would have never considered before, thanks to her mentors.

“At the end of her (StreetWise) journey, it was clear to her that where she ended up was definitely a place she wanted to be. And I think because I was taking a different approach, I wanted to have somebody from the outside look at what I was doing — my approach, my resume — and help me find out if I’m going in the right direction,” Robinson says.

She says the easy part was the application, the interview, and listing her skills. The deeper dive with her mentor, Tim Chalupka, revealed a little uncertainty and the desire to pivot. She says that was the breakthrough.

“They made it okay to not be at the top of your game right now and, hopefully, that you’ll get there,” she says. “Having a conversation with a potential employer, you can’t really blurt everything out. An issue I had was how do I say to you all the things that I want you to know about without sounding like I’m taking you on this wild journey and it never ends.”

Part of the process was what Robinson describes as an excruciatingly detailed analysis of her experiences, projects, and achievements that led to a total overhaul of her resume.

“They saw things a little bit differently and helped me hone-in and focus on what truly would resonate more with folks,” she says. “It stopped me from just taking (employers) on a conversation where it’s just all over the place, and I was able to zone in really on the information that I feel like you need to know about this specific job that I’m going for. And I think that’s made a world of difference for me.”

Robinson says she is casting a wider net when it comes to her job search now, recognizing that her skills are applicable to much more than the positions she’s previously held. She’s also expanded her search to Florida.

“There’s a little bit more open to me based on my new vision of myself and my new introduction of myself,” she says. “My confidence level to go after various different things, speak so highly of myself and even bring in some of my experiences working with startups are so much easier for me.”

And she can’t thank her StreetWise mentor enough. “Tim is a dynamic person with lots to offer. He individualized his approach for my success and I’m sure he will do the same for his next mentee,” says Robinson.

The results speak for themselves

“We don’t have structured job placements,” Krull says. “It’s really kind of old-fashioned applying for jobs and using the network we’ve built for them.”

After the structured 13 weeks of in-person curriculum, mentors follow up with mentees like Robinson for nine months and provide ongoing encouragement and reinforcement of the skills the mentees have learned as they embark on their job search.

Krull is proud to share that StreetWise Partners graduates close to 85 percent of its mentees a year and 70 percent are employed within a year.

“Our mentees come in very capable but have roadblocks,” she says. “We remove those and teach them the skills that we take for granted on a daily basis and then watch them take off. It’s just amazing, it’s positive, and it feels good.”

Career readiness is a concern for parents and employers

Get where the hiring manager is coming from and get hired