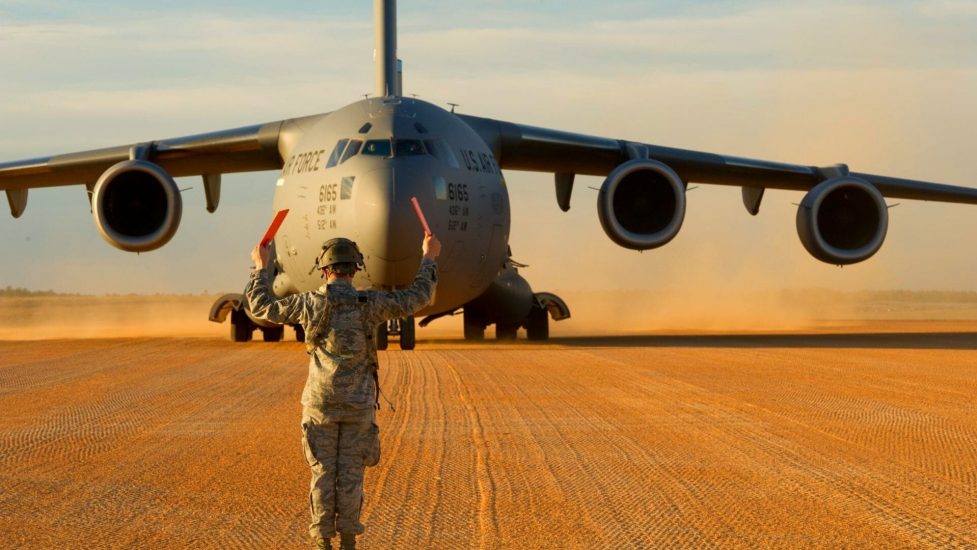 With the second largest military air depot in the nation located in Oklahoma City—Tinker Air Force Base—it’s no surprise that aerospace is the largest industry there. It’s also facing the most significant workforce and education gap, as compared to other sectors.

“In 2016, over 107,200 jobs, approximately 6% of Oklahoma’s total workforce, were associated with industries in the Aerospace and Defense Ecosystem. By 2025, total employment is expected to increase 6.1% to nearly 114,000,” according to a state report.

That same report says there will not be enough people with the skills and education needed to perform the jobs being created.

Another one of the hurdles to filling those jobs is attracting talent to—or convincing talent to stay in—the state, says Phil Busey, Sr., founder, chairman, and CEO of global aerospace training service contractor Delaware Resource Group (DRG), which is based in Oklahoma City.

“We have to be able to tell a positive story to create an image of the blended culture we have here. When we recruit, we have to recruit the whole family, not just the employee. That’s the universal issue.”

“We see first-hand every day what the challenges are, as well as what the future will hold for kids and students with very strong STEM backgrounds,” But, he says, “We’re not meeting (those needs) yet.”

Within the state, Busey advocates for developing awareness and interest in STEM by tapping into an overlooked potential employee base—the Native American community.

Oklahoma City has the fourth largest Native American population in the United States. “When we look at Oklahoma, my view is it’s a small state,” he says. “Our tribal nations can be a huge resource for the development of the industry, curriculum, economic development, and STEM.”

Busey is a member of the Cherokee Nation and is working with community leaders to develop the talent pipeline starting with elementary classroom visits by subject matter experts (using video conferencing right now) in robotics, coding, software engineering, and design. As students get older, they’ll learn of various jobs within aerospace and STEM, higher education programs, certificate programs, and internships.

The Cherokee tribe is already investing in STEM through programs in schools, and in scholarships and partnerships with area universities, colleges and technical institutes, ultimately leading to pathways into STEM careers. To bring these efforts to fruition, Busey says it needs to go a step further by engaging local companies, local and state government, and other community leaders.

“There’s a stigma. An old history. We’re helping to educate Oklahomans, businesses and state leaders that tribes are essential and we’re not going to accomplish anything without the tribe’s economic engine. They are powerful,” he says. “Other states have a lot of resources because of their size and scope. In Oklahoma, with four million people in heavy rural concentrations, we have to have everyone working together.”

Encouraging Interest in STEM Careers at an Early Age

As an example, DRG is hosting 15 interns from the Cherokee Nation for a week-long shadowing opportunity this summer to learn about opportunities in the industry, as well as visits to cultural sites in Oklahoma City such as the Cowboy Hall of Fame and Stafford Air and Space Museum. DRG also purchased and donated an aviation flight simulator to Sequoyah High School to expose students to the aerospace industry.

But the company’s leadership in trying to build the gap started three years ago, when DRG hosted a meeting of 70 business leaders from across Oklahoma City, including industries from healthcare, oil and gas, aerospace, research, and more. Each company shared their challenges in finding homegrown talent and attracting employees from out of state.

The group continues to meet every two to three months, and the list of attendees has grown to include leaders in nonprofits, the arts, community educators and others to collaborate and find solutions together, such as certificate programs that include internships to get someone into a job in two years; or continuing certificate programs that can take eight weeks to help someone upskill.

“It’s exciting because a lot of it boils down to communications. Working with universities, listening to businesses, the tribes,” Busey says. “People are getting on board and making statements in meetings, ‘let’s do this, let’s not wait, let’s get resources together.’ That’s happening. Competitors are working together. It’s a real interesting dynamic.”

In addition to advocating for initiatives for Native Americans, he envisions expanding these efforts to also tap into other potential employee groups like the military and participating in programs like Skillbridge, which helps active-duty transition to a job after their service. DRG has hired all but one participant (who turned down an offer) through Skillbridge.

“When you get a person in the environment, you see what’s going on, and if it’s a good fit—that’s the kind of program we need a lot more of. It’s great,” he says. “By working with any underserved community,  everyone can achieve if given the opportunity.”