Navigating the hunt for a job or career after leaving the military can be daunting for ex-service men and women, and veterans may not get a chance to find their best work opportunity for a variety of reasons.

They might not have the skills to efficiently and effectively search for private-sector jobs, and they may not be able to afford the expense of an extended job search. Oft times, a veteran might not know how to market the incredible skills they developed in the military. Similarly, an employer might not understand how the skills the veteran possesses translate into the civilian workforce.

This can lead to a veteran taking a job that they are over-qualified for when they first leave the military. It can also leave the veteran losing that sense of purpose that led them to volunteer for service in the first place.

This is where The Mission Continues can step in to help veterans and communities in need and play matchmaker. Taking advantage of the veteran’s experience and sense of service where they live, the nonprofit makes the connections. 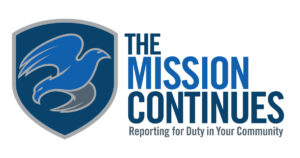 “The Mission Continues recruits veterans from all across this country and we ask, ‘What is it that you want to see happen in your communities?’” says Mary Tobin, executive director for the Southeast Region of The Mission Continues. “(We) empower veterans to connect to under-resourced communities that can utilize a veteran’s talents, skills, and preparedness. Basically, to develop our communities into the places and spaces we always desired them to be.”

Founded in 2007, the organization’s goal is to provide post 9/11 veterans the opportunities to use the skills they’ve acquired while serving in our nation’s military to make a community impact at home by partnering with other nonprofits and community leaders.

The projects help veterans transition to life outside of active duty through projects that have improved community education, mentored at-risk youth and eliminated food deserts. In its first year, three veterans participated. Since then, the organization has served 10,000 veterans a year.

From serving our country to serving their communities

More than 70 percent of The Mission Continues participants have a college degree, according to a 2018 survey. Tobin herself graduated from West Point before deployments to Iraq. After two tours in Iraq and time in Korea, she retired due to an injury during her first deployment.

“It was rough transitioning from the military; I thought I was going to be General Colin Powell. I wanted to be the first African-American woman who was the Chairman of the Joint Chiefs of Staff,” she says. “When my career ended I had a rough time transitioning; trying to figure out, ‘What do I do next?’ How do you make 30 years of intended service into something important outside of the military?”

Tobin’s first civilian job was as an IT project manager supporting the Marines, putting to use the communications skills she developed in the Army.

“I thought it was pretty funny because while I was devastated for about six months not knowing how to transition from the Army to become a civilian, I was thrust into a position where I could use all those leadership skills, all the communication skills that I had, to support people who needed it most,” she says.

“I like to believe that that first position was pivotal in my transition to the nonprofit work that I do now. I found purpose in it. I could see where my service could continue, and it didn’t have to end just because I took off a uniform.”

Tobin says that’s what many of the participants of The Mission Continues are looking for — the similar sense of service, the camaraderie, and the structure they experienced while on active duty. Participants volunteer to be connected to “Platoons” in the community — usually the community in which they live — and work on projects such as rebuilding schools, community centers, and green spaces where they can use their leadership and teamwork skills to make an impact.

Leadership, experience, and perseverance are the top three qualities employers say they find attractive in veterans, according to the Call of Duty Endowment. That’s why The Mission Continues has three tracks specifically designed to harness their background. Last year, it launched a leadership track for its participants called the Service Leadership Corps, to help to develop former military leaders into community leaders.

The percentage of women veterans is the highest in American history. For that growing population, the organization has The Women Veterans Leadership Summit, “…which is very close to my heart,” says Tobin. “The program is designed to empower and equip female veterans to lead community change efforts and advancement towards equality.”

“Those are part-time paid positions but for the most part we just have veterans who want to connect to the mission again,” Tobin says. “They want to wake up every day and feel like, ‘I’m connected to my brothers and sisters in arms, and I’m making a long-lasting impact in my community.’”

Boots on the ground

An example of the commitment to deep-rooted impact is what The Mission Continues is doing in Harlem Park West in Baltimore. Veterans work alongside non-veterans to support the community. The organization is connected to a school, churches, and non-profits, and offers tutoring, creates murals and green spaces, and rebuilds parks and playgrounds. 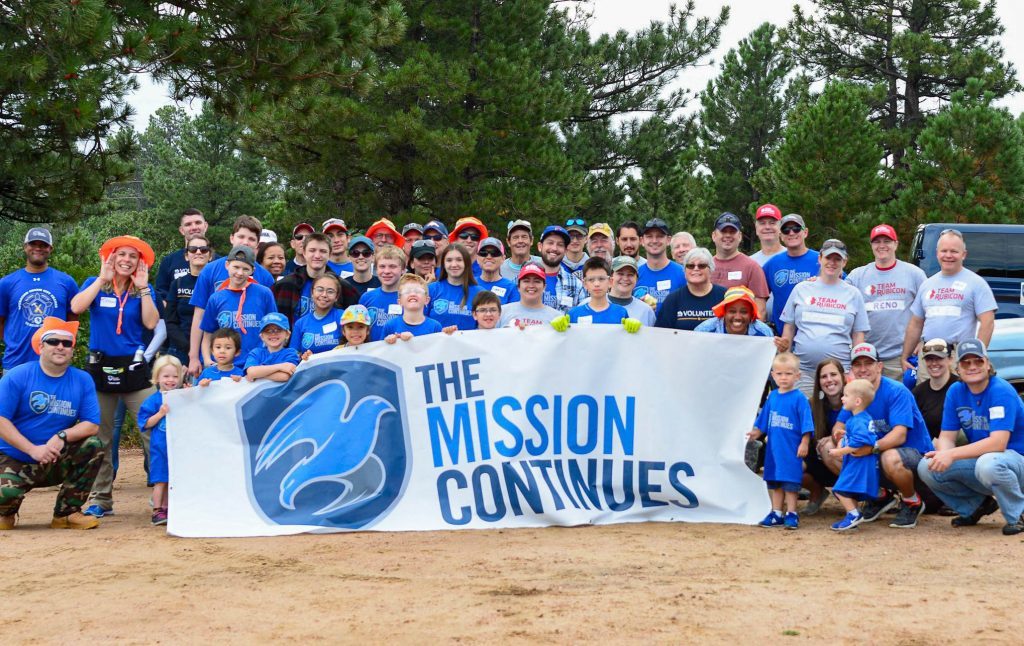 It’s not just their neighbors and families — the civilian community — who benefit from these projects and initiatives. Tobin says the community of veterans — the brother-and-sisterhood they had during service — helps them transition their lives and skills from active duty together.

The task can be a simple as building a bench. But doing it alongside others who went through basic training, deployments, or may be experiencing nightmares from post-traumatic stress disorder, there is a tremendous benefit to once again serve with those who have had similar experiences. Tobin says they can understand the challenges and opportunities in business and life.

“When you leave the service, without knowing it, you lose a sense of connectedness. You lose a sense of purpose,” she says. “To be able to work in the civilian world after the military with somebody who gets it, is something that you can’t put into words and for just that moment, for a few hours, you’re back on mission and you feel important again and you feel valuable.”