As unemployed Americans across the country are figuring out ways to rejoin the workforce, the skilled trades is a path to consider.

The sector “can be an opportunity for people looking for work, especially those who have little to no experience in the skilled trades and need job training,” according to a new report from PeopleReady, an on-demand talent provider.

The analysis says helper and apprentice-level opportunities across the country in the trades—including plumbing, roofing, carpentry, and electric—are taking about a month to fill. The findings indicate the job vacancies are due largely to baby boomers retiring from the sector.

Learning skills via apprenticeship is gaining traction, according to the Department of Labor. The agency reports a 70% increase in the number of apprentices since 2011. Despite a decline due to the pandemic, the tally for the fiscal year ending in June 2020 is the third highest for the Registered Apprenticeship Program.

“We absolutely hear that there’s a shortage of skilled workers. That employers are eager and constantly hiring. They are trying to do their best to compete in hiring and retention,” says Michelle Gilkey, director of marketing, learning, and product for the  Western Electrical Contractors Association (WECA).

Gilkey notes that the industry is growing and as a sign of that demand, WECA has recently expanded to Arizona, offering a commercial electrical apprenticeship program and continuing education for journeyperson electricians.

“This changed my life around 180 degrees,” says Demi Zayas, the valedictorian of her 2018 WECA commercial apprenticeship class.

Zayas, a single mom, was working as a server in 2013 when she found a sponsor to hire her as an apprentice and pay for her training. “You go to work for six months and get on-the-job training. Then you go to school for two weeks. And you repeat that for five years,” explains Zayas.

Initially, she earned $16 an hour with health care and savings benefits. By the time she graduated, her pay increased to $50 an hour. Now, she works for an electrical contracting company and reports her salary at $72 an hour.

Zayas is trying to make sure that other women and young girls know that apprenticeships are an alternative option to a college degree. “I remember when I was in middle school and high school, four-year degrees were the only option. That was what was put in front of you. That was what was pushed,” says Zayas.

The DOL has a tool that allows you to research apprenticeships by specific career paths and location. Additionally, states can either belong to the broader federal apprenticeship system or run their own state apprenticeship program. Check out the list here. 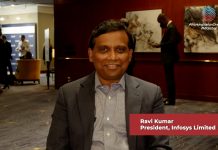 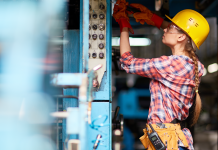 Has COVID-19 finally brought skilled trades into the spotlight? 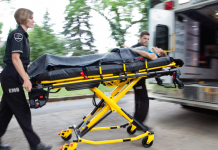 Back to Work: This week, jobs in health care and manufacturing...