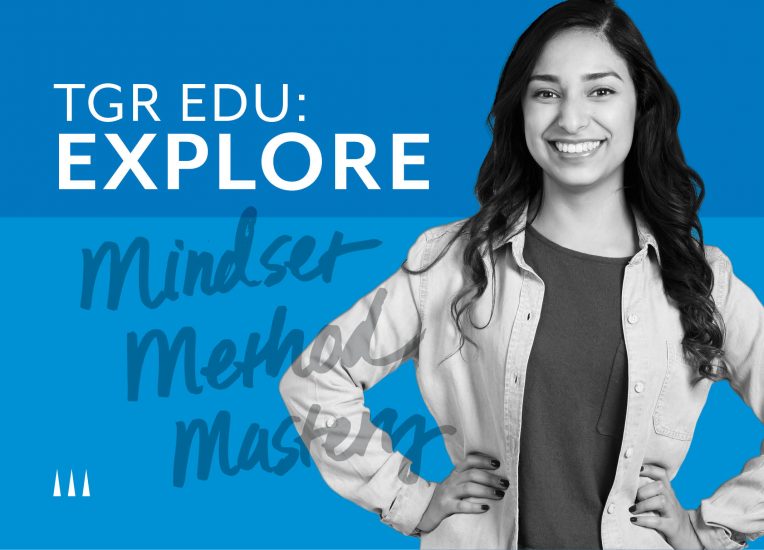 As the nation’s students settle into a remote learning mindset, at least for the near future, there are some amazing opportunities for kids—and teachers—to improve their STEM skills. As it has for the past two years, TGR Foundation: A Tiger Woods Charity is making that online education available for free.

TGR EDU: Explore is the digital platform that shares the organization’s signature Learning Lab experience with students, educators, and families that can’t attend the program in Anaheim, California, or at one of the five satellite sites around the country. It features dozens of STEM-related modules, including lesson plans, webinars, and even a virtual field trip. Again, it is all free.

The content has “been scaled and digitized to reach millions of underserved students around the world,” according to Dr. Katherine Bihr, Vice President of Programs and Education for the nonprofit TGR Foundation.

Bihr believes “the more we can communicate with one another, the better off we are, and the richer the experience is going to be. And I think it closes that gap faster if we can all just be on the same page.”

Even before the term STEM was a commonplace acronym, the TGR Foundation began working with young children to expose them to careers they may never have dreamed of, maybe as a marine biologist, a forensic scientist, or even a dancer.

“Everything is STEM. Everything pretty much touches it in some way, shape or form,” explains Bihr. “Even though a dance class is very artistic, there’s STEM involved in the angles. Pointing out all those things to them makes young people better suited for their next steps.”

Since 2006, the TGR Learning Lab has been showing kids what kind of future is possible for them through its innovative hands-on program, a new online education portal, and a college mentoring scholarship.

“We are so focused on STEM because we’re trying to create the worker of the future. We try to integrate a lot of different types of technology, everything from coding and robotics, to some virtual reality. We’re now dabbling in artificial intelligence, which I think is going to be interesting,” Bihr says.

These in-class learning opportunities have been suspended temporarily as TGR does its part to observe social distancing during the coronavirus outbreak.

Over the years, dozens of fifth graders from schools in Southern California have gathered at the flagship TGR Learning Lab in Anaheim for a full week of exposure to one specific career, including understanding the role STEM skills play in that career.

When I visited the learning facility, the kids were studying what it takes to be a forensic scientist. The classroom crime to be solved over the five days: the theft of a valuable ruby. These junior crime solvers were learning about real-world techniques, including fingerprinting, chromatography and DNA analysis.

In real life, forensic scientists analyze DNA samples through gel electrophoresis, a process in which an electric current is pushed through DNA from the crime scene and scientists measure the resulting strands to create a DNA-profile of potential suspects.

“This is kind of like the paper version of that. They use math in this one. They’re calculating the DNA pairs,” Bihr tells me. “Then in an online simulation, we show them how they would actually do it in a lab. We’re developing their skills throughout the week and on Friday they apply all the skills they have learned and try to solve the crime.”

“We tried to create something in which kids would just get excited about learning,” she explains. “We want them to really know that they can be successful in anything they choose, and they can be fearless about exploring different career fields. You can take something that you’re passionate about and actually make that a career opportunity for yourself.”

The TGR Foundation’s goal is to create a better pathway to those answers. In addition to learning how different careers work and the skills that are attached, they learn where to get more information.

“They become much better consumers of information so that they know that ‘if I become an engineer I’m gonna make this much money, these are the top schools for me to go to, here’s specific field that I want to investigate more.’ So I think all of those things kind of help them really think about how they can leverage what they’re learning here,” explains Bihr.

A unique aspect of the TGR Learning Lab is that the students are not the only ones learning something new during the week. “We saw a real opportunity and need in the educational system, so we created TGR: EDU Create to respond to that. It helps teachers really learn how to develop standards-based and aligned activities that they can deliver in their classrooms,” according to Bihr.

“We’re part of a consortia of other funders in STEM that works around the nation to develop STEM learning ecosystems where communities are taking an approach at looking at what does STEM learning look like for schools, or for kids in K-12 by bringing in business leaders, informal learning centers like science centers, and schools themselves and trying to put all those pieces together so that we’re all working towards educating kids on the importance of STEM and STEM learning,” Bihr says.

All of the Foundation programs were born out of Tiger Woods’ desire to create a “permanent, safe place for young people to explore their dreams”. Woods started his foundation in 1996, but, as he tells it, it wasn’t until the tragedy of 9/11 that he figured out how to accomplish his goal.

Because all air travel was grounded after the terrorist attacks, he had to drive from St. Louis to his home in Florida. It gave him time to think about the importance of really educating kids about who they can be and what they can become. He challenged his staff to make what he calls “bold choices” and they came up of the Learning Lab and the Earl Woods Scholar Program, named after his late father.

“We’ve been pioneers in positive youth development, building resilience and developing self-advocacy skills in young people. Research now confirms that these are powerful indicators for long-term student success,” Woods wrote in a recent letter to TGR Foundation supporters. “We have one of the highest college graduations rates among scholarship programs in the U.S..”

Woods is obviously proud of what his TGR Foundation has achieved. “Our purpose is to equip kids with a solid education and the mindset to persevere,” Woods wrote. “We are quietly impacting an entire generation for the better.”

This article was originally published in October 2018 and was updated in March 2020.